Let us cheer for our team, please! 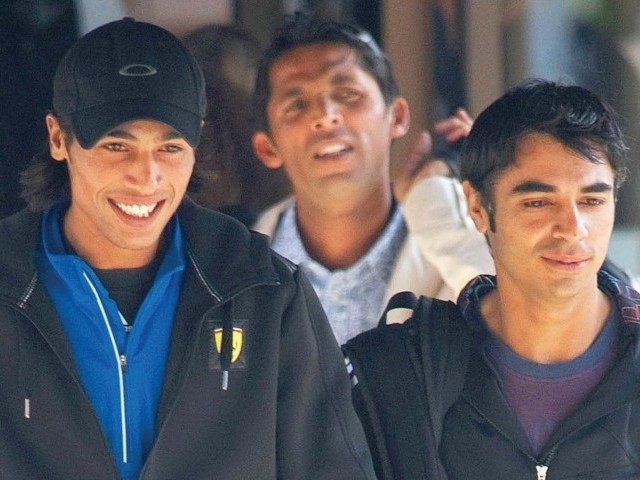 The tainted trio has put a damper on the tournament

Three talented Pakistan players were banned from all cricketing activities this week. The most horrifying was letting go of Mohammad Amir, the 18-year-old pacer who had the potential to become one of cricket’s finest bowlers. The Pakistan Cricket Board (PCB) has dealt with one blow after the other — be it losing matches successively, or being driven into court on corruption allegations.

With three players snatched away – a ban that effectively ended their careers – the PCB was shaken right to its core. All cricket fans hoped against all odds that a devastating incident like this would spark off a change.

The chairman of the PCB, Ijaz Butt continues to head a board that has done little for the growth of the sport in the country. Many players enter the domestic and international teams due to reasons other than their skills. A board that has been forced into media limelight not after lifting honourable trophies but after being involved in money laundering cases, corruption charges and on disciplinary grounds — remains in dire hunger of a revolution.

I thought after this spot-fixing debacle, the board will come under immense pressure from all corners and will be forced to make amends. But no such thing seems to have happened: the three players have been removed and an educational and training programme has been launched. That’s it.

No one has questioned the hierarchy of the country’s cricket governing board that has never failed to reap controversy after controversy. Unless the leadership changes, unless the decision makers are held accountable, we cannot even hope of a successful campaign by our cricket team. The PCB has snatched away hope from us.

Just two weeks before sport’s most extravagant event begins, our nation’s cricket is still hung-over from the ridicule it has received after the tainted trio’s fate was disclosed to the world. The board needs to implement reforms; the leadership needs to change, before we can sit before our television sets and cheer for a team that has broken more hearts than given us something to cheer about.