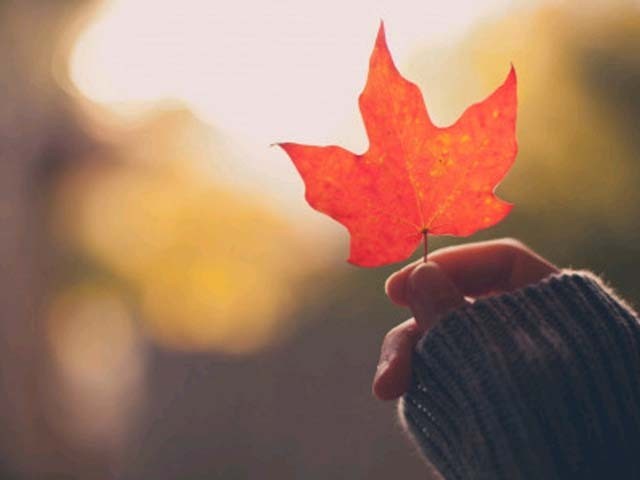 When fingers trace a leaf’s texture, Can they feel the resistance? PHOTO: TUMBLR.

When does a leaf change colour?

Is it in the middle of a night?

Or in the day when no one’s looking?

Is it when the wind gives it wings?

Or when it’s completely still?

When the new one arrives, a packed luggage in hand,

What does the old colour say?

Does the guest get a single room,

And take over each of the others, little by little?

How do colours allow themselves to be mixed,

Giving up their arms so easily,

Embracing the invasion and the invader?

Why does the new colour leave behind,

No trace of the old.
When fingers trace a leaf’s texture,

Can they feel the resistance, or a lack thereof, that had taken place?

Who can see the green inside the yellow,

The past inside the future.

When the final breeze calls,

And leaves begin the descent,

Do colours cushion each other in the fall?
Does death become easier, enjoyable and graceful with a companion?

As time inches on,

Leaves tend to lose a lot,

So neatly tucked in before.
And I wonder how,

Fully alive in their death,

Look back at their conversations,