Will the new COAS be able to fill General Raheel Sharif’s shoes? 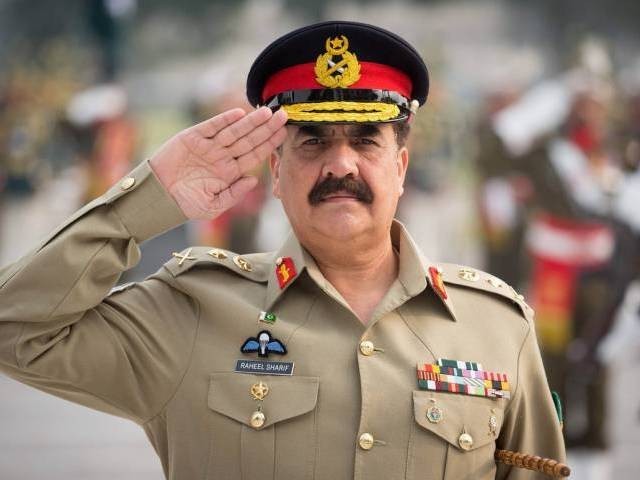 A lot has already been written on General Raheel Sharif's achievements which made him an extraordinarily popular person. PHOTO: AFP

If there are no late November surprises, then on November 29th, the present Chief of the Army Staff (COAS), General Raheel Sharif, will retire, paving way for his replacement. A lot has already been written on his achievements which made him an extraordinarily popular person. He cracked down on terrorism and also on criminal elements in Karachi, much to the respite of many. Moreover, he is also retiring on time, setting a very good precedent.

Despite considering myself a critic of the army, I am personally an admirer of General Sharif. He is one of the finest soldiers to have emerged from Pakistan Army and deserves special accolades.

At the same time, his tenure was also marked by civil military tensions, resulting in several high profile incidents, the latest being the so-called Dawn leaks. Civil military tensions in Pakistan’s case are a regularity and all civilian governments have experienced it.

Military in Pakistan has been an omnipotent institution and will continue to be so. However, the balance between civilian and military leadership is complex and is always in a state of flux. The only constant is that the military has an upper hand. However, the degree to which it asserts its authority and is able to do so would really depend on many factors.

In Pakistan, there is a trend to look everything through the “conspiracy of the establishment” paradigm. However, the reality is quite complex. The army does not wield power only because of its monopoly over physical violence and its manoeuvres, but also because the balance of power changes towards it whenever the civilian side is weakened by internal strife and real or perceived incompetency. In a developing country like Pakistan, the army is after all one of the most cohesive and well-disciplined institutions which enables it to successfully intervene in politics.

Moreover, since it has become an established and powerful political player, the politicians also try to court it in order to get some political advantage. In recent times, Imran Khan is a clear example of a politician, who has constantly been asking the army to intervene.

But what makes the army so powerful?

In Pakistan’s case, the army became powerful in the early years of the country’s history and there were two major reasons for that; First, Pakistan faced existential threat from India the moment it attained independence which meant that the state had to prioritise its defence over everything else. The British decision to withdraw from the subcontinent was a decision made in haste which resulted in subsequent territorial disputes and large scale rioting. The British withdrew, one year ahead of their original plan, after the rioting had already started. Moreover, the division of territory between India and Pakistan was controversial and the British also did not amicably settle the issue of princely states which resulted in conflict between the two countries immediately after independence.

Pakistan and India went to war over Kashmir in 1947-1948 which merely exacerbated the fears of the Pakistani leadership. The state had to allocate huge resources towards defence and in fact, during the first three years, the military commanded a whopping 70% of the federal budget. Besides getting enormous resources, the military was also given a lot of autonomy in their own domain. Pakistani leadership gave military complete independence and did not try to meddle in their affairs. The military leadership also communicated to the civilian leadership that in order to defend Pakistan, it needed complete autonomy.

The complete freedom and high priority given to the military quickly transformed the army not only in terms of capability but also created its corporate and institutional identity. Furthermore, Ayub Khan, the military chief, was given several extensions. He was appointed in 1951 and was given another extension in 1954. During the same time period, Pakistan went through seven prime ministers and several cabinets. On the other hand, across the border in India, the military chief had been changed six times by 1955 whereas political leadership remained stable.

The second major reason was the weakness as well as the incompetency of the civilian side exacerbated by low political institutionalisation. Political institutionalisation was low in Pakistan from the very beginning, allowing the army to become an important political player. The earlier part of Pakistan’s history was marked by constant changes and palace intrigues, resulting in a lot of political chaos which enabled army to intervene easily.

Once the army became a powerful political stakeholder, its role and position became entrenched due to path dependency. The argument is that if civil institutions, due to legacy or incompetency, do not get anchored in the polity, then the army and civil bureaucracy due to their better discipline and competency end up managing the civil affairs as well. Once that happens, a path is established which the polity follows.

In case of Pakistan’s military, once it became involved in politics, its role was further entrenched due to the adaptive expectations of the other political actors (both domestic and foreign), positive feedback and exercise of power (backed by instruments of physical violence).

Generally, path dependency trajectory can be broken if an extraordinary event occurs which completely discredits the military. In Pakistan’s history, such an event was the East Pakistan debacle. Never in the history of Pakistan had its army seen such humiliation. In fact, even till this date, in the collective psychology of the nation, the East Pakistan debacle remains the lowest point in its entire history.

For 24 years before that fateful incident, among other things, prestige in the public had enabled the army to become such a strong political player. Even when Ayub Khan himself was becoming unpopular, the Pakistan Army still enjoyed considerable amount of respect. After the debacle, the Pak Army was discredited thoroughly.

Zulfikar Ali Bhutto had the support and popularity to build upon it and relegate the army to a purely conventional role. However, due to a combination of factors, including his own style of ruling (he ruled like a despot and targeted his opponents), the army was able to regain control.

Since 1977, the army has constantly been in the driving seat, although balance at times has shifted slightly towards the civilian side. The degree to which the military would actively and regularly intervene in the governance of the country has depended on two factors.

Second, it would intervene when it perceives (rightly or wrongly is another matter) that the civilian side is incompetent. Over the years, the army has developed a tutelary role in which it sees itself as an ultimate protector and guardian of the state. This tutelary role is an outcome of years of autonomy, disregard of civilian supremacy and also its perception that the civilian side is incompetent. Pakistan’s white collar urban middle class is an active supporter for this role of the army and media personnel belonging to the same class often eulogise the army and encourage it to interfere in governance. In fact, due to this, the civil military balance skews further towards the latter whenever the former is perceived as incompetent or corrupt.

Nawaz Sharif’s current reign is visible proof of the above dynamic. His position relative to the army has deteriorated a lot after Panama leaks, despite the fact that he enjoys a comfortable majority in the legislature.

So who is likely to replace General Sharif? PM Nawaz has two choices: Either he can select someone on pure seniority or he can make his own choice. In case of General Musharraf and PM Nawaz, the former made his own choice. In my opinion, Nawaz Sharif should select on the basis of seniority as  selecting on seniority will create an impression that civilian government respects the military’s autonomy, something which is a critical consideration for them. 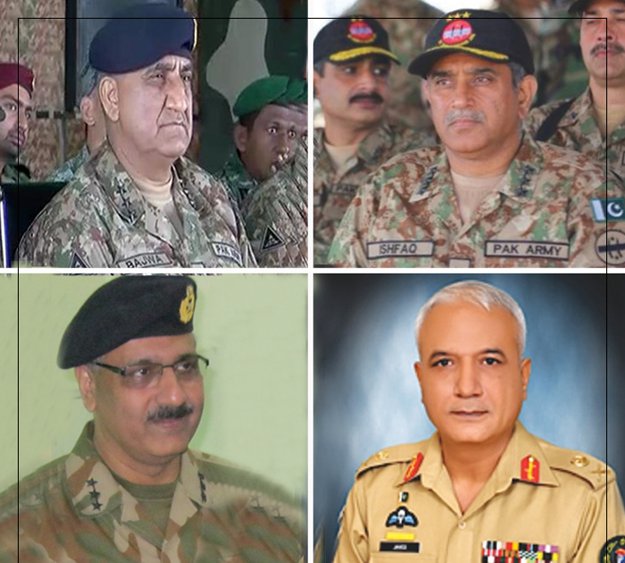 Contenders for the position of COAS

But whosoever is nominated as a replacement of General Sharif, he will be taking over at the time when the civilian government is at the back seat. Although he will have to first become established, but nevertheless will still enjoy a comparative advantage.

Every COAS has his own style and within the established parameters (in which army is better placed and looks for its institutional interests) influences the way tussle between civil and military is played out. After new COAS is appointed, the change will be in style and extent, but not in the overall balance of power, at least in the short run. Too much has to happen for that power imbalance to change.