And Pakistani cinema is back, Dobara Phir Se! 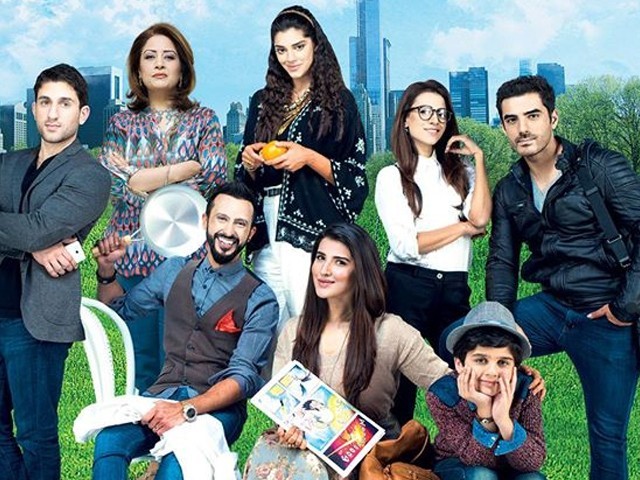 All those who were praying for Pakistani cinema to revive, it’s finally time for you to cheer up. Mehreen Jabbar is a well-known figure in the Pakistani entertainment industry and for good reason, because she’s all geared up for her new movie Dobara Phir Se. The movie provides a platform to some well-known actors and actresses including Adeel Hussain, Sanam Saeed, Hareem Farooq, Ali Kazmi, Tooba Siddiqui and Atiqa Odho.

Dobara Phir Se has been marketed really well considering it has been promoted excessively on social media. But will the movie live up to the hype? Will the audience enjoy it, bearing in mind that the last few Pakistani movies have failed to impress? Let’s find out.

The movie revolves around the character Hammad (Adeel Hussain). His friends, Vassay (Ali Kazmi) and his girlfriend Samar (Sanam Saeed), invite Hammad over for a house warming party at their new apartment in New York. Samar tries to set Hammad up with her friend: an attractive desi girl, Natasha (Tooba Siddiqui). And things seem to be going well for them, that is, until Hammad bumps into Zainab (Hareem Farooq), another friend of Samar’s; someone he had seen on a ferry earlier that day. Hammad approaches her, but before he has to chance to make an impression, the conversation is interrupted and he leaves the party feeling dejected.

But it does not end here.

Their paths cross again, and this time Zainab is a mother of one, who has recently filed for divorce from her husband (Shaz Khan). Hammad and Zainab soon become good friends and things begin to blossom. In the midst of Vassay and Samar’s wedding, Hammad proposes to Zainab but she rejects him. That’s when the real drama unfolds.

Destiny has a different plan for you when you least expect it.
PHOTO: screenshot

Performance wise, Dobara Phir Se is phenomenal; from the main actors to the supporting cast – each and every one of the actors have given it their all. Adeel Hussain’s performance, in particular, is effortless, he’s kept it simple yet brilliant – only a mature actor could have done justice to this role and Adeel has nailed it. Hareem Farooq is a remarkable artist, she is absolutely beautiful and I feel that she holds the potential to rise above all other female actresses in the industry.

Sanam Saeed impresses us just as much as she too delivers an incredibly natural performance. Ali Kazmi also does justice to his role. Kazmi is one of those actors who perform well when given a well-penned role – and Dobara Phir Se is his finest performance by far.

Tooba Siddiqui is just spectacular. Shaz Khan is a revelation; he owns his role and delivers it in style, that too, with complete ease. Khan’s performance is awe-worthy and will fixate you with his high-voltage-drama scenes.

A shout out to the kid; he is so cute and has performed extremely well.

On a separate note, the cinematography of Dobara Phir Se is beyond comparison.

The songs are just as good. Although they all are catchy, my favourites are Lar Gaiyaan and Wo Kaisi Ho Gee.

That being said, the beauty of Dobara Phir Se lies, quite simply, in its dialogues. The script is amazingly written – the writers have given it a natural ease by including the everyday language that Pakistanis use. The movie has been directed to perfection, bearing in mind that everything just seems to fall together effortlessly.

This is a must watch. It’s a true example of how Pakistani cinema is finally reviving itself.