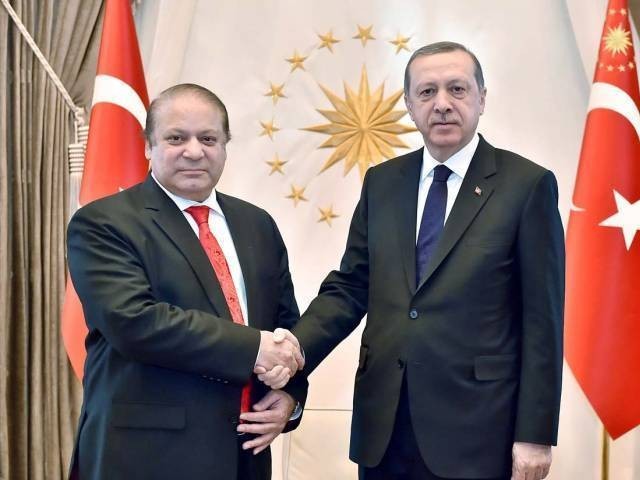 The recent controversy that has emerged regarding the PakTurk school system is troubling to say the least. PakTurk schools started popping up all over Pakistan during last decade. Turkey has always carried a strong brand value in Pakistan and it is therefore not surprising that the school system ostensibly embodying the best of Pakistan and Turkey was an instantaneous hit with parents.

This school system allegedly has connections with Fetullah Gulen, the reclusive Turkish Islamic scholar now living in the US. In the aftermath of the failed July 15 coup, President Recep Erdogan and his government have accused Gulen and his supporters of plotting against the democratic institutions of the Turkish government. As a result, the Turkish government has asked Pakistan to shut down the school system and deport Turkish teachers teaching Pakistani students.

I discussed this issue with a close friend from Turkey who happens to be in the government there. He was convinced that Gulen was trying to take over not just Turkey but Pakistan also. His parting words to me were that I should write to expose the Gulenist network in Pakistan as a patriot. It nevertheless seems strange to me, as an observer of Turkish politics, that ruling AKP should demonise to this extent the Gulenist movement which was their staunchest allies only a few years ago.

Gulen and Erdogan were allies against the Kemalist secularist military elite who had controlled the country and the democratic process since the inception of the Turkish republic. Mustafa Akyol, renowned Turkish writer and social commentator, has given an account of their earlier bonhomie when the Gulenists, AKP and liberals were all allied for one cause – the creation of a post-Kemalist state. It was in 2012-2013 when the Gulenists, who are said to have infiltrated the police and judiciary, began insisting on corruption investigation of leading AKP figures that a break between the two came. Therefore, the current power struggle, in which AKP has emerged victorious, arises out of a clash of personalities and vested interests rather than any real principled disagreement. Such is the fickle nature of politics.

Turkey is an extremely important ally for Pakistan, probably the only ally we have in the world with whom we do not have a transactional relationship. Hence, we have to choose sides in this conflict which has shaken the Turkish society from top to bottom. There is the AKP, with all its faults, which is the elected representative of Turkey. On the other hand, there is the Gulenist movement which appears to operate through the backdoor by infiltrating state institutions. In this, the Gulenist movement is very similar to Jamaat-e-Islami (JI) in Pakistan which too cannot win elections but enjoys considerable state control through infiltration of civil service and the military in Pakistan. Obviously Gulenists are far more sophisticated than JI, but the comparison in my view holds true when we consider the class backgrounds and motivation of its cadres. So obviously our choice has to be AKP, a centre-right party, which in orientation is very similar to Pakistan Muslim League-Nawaz (PML-N), which explains also the closeness and fraternal relations the Sharif family enjoys with Erdogan.

Yet to what extent should our support go?

So let us put this in perspective. Obviously conspiracies hatched by Gulenists in Turkey and JI in Pakistan (most notably so in their support for General Zia’s 11-year rule) against the respective elected governments in these countries are unacceptable. But would we, as a civilised nation, then contemplate closing down schools and universities run by JI in Pakistan?

No any such action would be unconscionably immoral and constitutionally unjustifiable. This is what separates a nation of laws from a mob. Civilised nations do not carry out a scorched earth campaign on those who it suspects of operating on an insidious or even a subversive agenda. Even after evidence is framed and suspects are convicted, we do not carry out a vendetta by destroying their businesses and livelihood.

All of this is equally true for PakTurk schools. First of all, the link between PakTurk schools and the Gulen movement is at this time merely an allegation. Secondly, even if there is a link, why must all Gulenists suffer retribution simply because of their religious or political beliefs? Unless and until a Turkish teacher or staff member at PakTurk schools has broken a law in Pakistan, there is absolutely no occasion for deporting that teacher or staff member. It is not that we do not love our Turk brothers any less but that we have to draw a line somewhere. It cannot be as simple as Erdogan snapping his fingers and people getting deported from Pakistan. Either we believe in due process or we are a banana republic, and if we believe in due process, it extends to each and every person without any regard for his or her alleged political or religious affiliation. That is the principle that we should hold closest to our heart.

The Peshawar High Court, by halting the government’s order of expulsion to Turkish teachers and staff members, has upheld the finest traditions of justice and fair play. Article 10-A of the Constitution of Pakistan contains the express guarantee of the right to fair trial and due process. One hopes that the government will not embarrass itself by appealing this order. The government instead needs to tell Erdogan politely but firmly,

“You are our friends and brothers, but we have to follow the law and constitution of our country as we expect you to do so.”