Dr Abdus Salam, forgotten but not forgiven by Pakistan 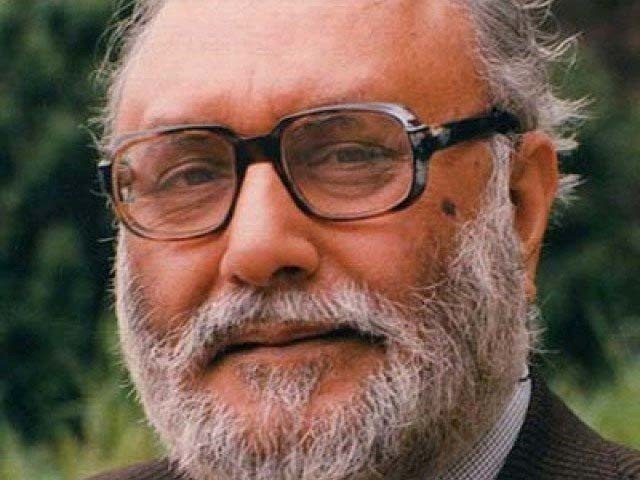 It is fairly difficult for most of my compatriots to honour the services of a Pakistani if he happens to be an Ahmadi. PHOTO: FILE

The hush silence that marked Doctor Abdus Salam’s death anniversary this year was palpable. It is fairly difficult for most of my compatriots to honour the services of a Pakistani if he happens to be an Ahmadi.

However, there is a lot more to Salam than merely winning a Nobel Prize or being ostracised as a pariah for his religious affiliation. A befitting gesture on my part would be to clear some of the hazy aura and the lesser known Sisyphean struggle that makes him unique and inspirational.

Missed out on a Nobel Prize, but never gave up

Where the world is still in awe for Salam winning a Nobel Prize in Physics, the lesser known fact is that he would have won the coveted accolade twice in his lifetime, had it not been for the short-sightedness of the quantum Physicist, Wolfgang Pauli.

During the 1950’s, Salam presented his findings on ‘neutrinos’ to Wolfgang Pauli, who quizzically rejected the research as futile. Whereas two scientists, T D Lee and C N Yang won the Nobel prize over the exact research a few years later.

But that snub didn’t deter Salam. He bounced back even stronger to win the laurel in 1979 along with Steven Weinberg and Sheldon Glashow of the United States, for the unification theory.

Not only did Salam win a scholarship to study at Cambridge for an undergraduate degree in Mathematics and Physics, he finished his Tripos in two years with a distinction, hailed as an unprecedented feat by the institution. Due to that prodigious achievement, he was titled ‘the wrangler’ on campus.

Salam yearned for symmetry and, as a student of science; the equilibrium in nature is what inspired him most. The International Centre for theoretical physics, Trieste celebrated this unwavering belief of his in a documentary titled The Dream of Symmetry. It was not only in academic research he followed that mantra, in fact he considered it a priority while selecting institutes for higher studies.

Upon graduating from Cambridge with high honours, he was privileged to get offers from both Cambridge and Oxford University simultaneously to complete his Master’s program on a full scholarship. But Salam opted to stick with Cambridge, primarily on the basis of the symmetry of trees on campus.

After completing his higher studies from abroad, Salam came back to imbue a culture of research and development in Pakistan. He joined Government College Lahore as the head of department, but his hopes were shattered upon discovering the research adverse culture. Reduced to a mere administrator, he preferred presiding over a football club over warden ship or post of a treasurer, during his brief stint at the institute before he flew back to Britain to pursue his dream.

Needless to say, most political leaders gave Salam a cold shoulder; unfortunately, his faith proved to be excess baggage in post 1974 Pakistan. Ziaul Haq for one, not only failed to honour him upon winning the Nobel Prize but also refused to endorse him as the candidate from Pakistan for the UNESCO leadership program.

As Abdus Salam won the Nobel Prize, the government of India unlike the state of Pakistan wasted no time to invite him. On his visit to India, he was given the state welcome. Five Indian universities offered him honorary PHD degrees, even the then Prime Minister of India, Indira Gandhi, seized the opportunity and gave him an offer of citizenship that the stalwart plainly refused.

It is interesting to note that despite living most of his life outside Pakistan, he rejected all offers of nationalities from various countries and died as a patriotic Pakistani in his homeland.

His fellows who had worked with him in Trieste, Italy, acknowledge the fact that his research on the Unification of Fundamental forces was inspired due to his sheer belief in the concept of wahdat or the ‘one-ness’ of God. This belief of Deism was quite unique for his foreign colleagues who predominantly espoused Atheist ideology.

A selfless man himself, Salam dedicated all of his Nobel Prize money towards the betterment of underdeveloped countries. One scientist below the age of 35 has been selected every year from Pakistan since 1981 as the Abdus Salam scholar to carry out research at the International Centre for Theoretical Physics, Trestie. Interestingly, Pervez Hoodbhoy is the first scholar to win the Salam award.

Being a pioneer of the Higgs boson (God’s particle) research is just a small facet to the story of this man. Rather than shoving his name under the rug, hopefully one day the state of Pakistan will recognise his true struggle and honour him in letter and spirit.

A social entrepreneur and minority rights advocate, who likes to write. He blogs at asadmustafa15.wordpress.com and tweets as @asadkahlon

Zimmerman trial: No justice for the black man