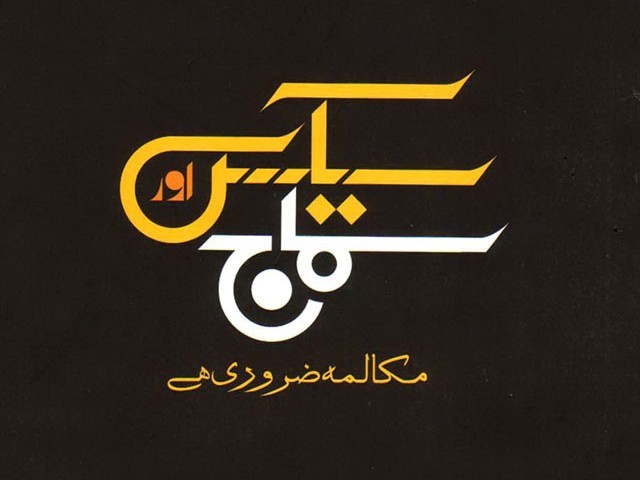 Sex and the Society by Saeed Ibrahim. PHOTO: TNS

Sex: that taboo word. Not only is it deemed sinful to discuss openly in more conservative societies, it is also about our own reflection and a repressed understanding of it. There is a compelling need to talk about sexuality as a normalised topic but due to rigid moral codes defined by religion or culture, an objective debate on this issue is not socially possible.

In fact, there is an artificial silence about it because it is perceived as something dirty and sinful; a discourse to be refrained from unless one is legally recognised as a married person. Sex, indeed, is an off-bound subject to study more introspectively in Pakistan, as it remains an intriguing paradigm of human physiology and psychology. However, our attitude towards the subject is not only religiously bound, it is also culturally denied — giving more room to the hideousness of sex.

Sex has been described in Urdu literature by notable writers in subtlety. Sadat Hassan Manto’s views – from whom the author of this book, Saeed Ibrahim, takes his inspiration – about sex are highly personified and subjective and reflect on how sex is perceived in a hypocritical society. Ismat Chughtai, like all progressive Urdu writers, has symbolised women with independence, self-reliance, and individuality. Other important names which have inspired others are Amrita Pritam and Ahmad Bashir. Although there are powerful fictions in Urdu, a language dating back to the 12th century, there is hardly any literature where sex is objectively defined as an ordinary human desire.

Our idea of sex has also evolved considerably in post-partition literature, reflecting on the suffering of women, especially by the trauma and violence they faced in the horrors of migration. However, this was not a turning point for female-centred literature in terms of their sexuality. A decade before, it was Dr Rashid Jahan who, for the first time in Urdu history with the help of her comrades, attempted to break the taboo around sexuality and  people’s hypocrisy toward it.

A compilation of unconventional and bold stories was published in a book called Angaarey in 1931, which was banned at the time and all copies, excluding five, were burned. This important piece of literature ultimately succumbed to public outrage, because they did not want a silent issue to make noise. They did so because the sexual empowerment of women was unimaginable, and still is in today’s Pakistan.

It is true that the Urdu language may be too limiting for a topic as diverse as sex, but it does not mean that it has faded. With a range of social transformations and spirituality, we are also deriving its meaning from the mysticism of Sufi saints who referred to sex as an invincible relation of love with God. The earliest Sufi transformation of declaring Allah (swt) as the Beloved is credited to a female saint, Rabia al Adawiya from Iraq, but is considered as a man, not as a woman by an edict. Even though its essence transcended through Sufism for ages, people are still not able to grasp the concept that one’s humanity does not require any condition of divinity.

Our notion about sex is also a derivative of an early Indian history; the Kamasutra and Tantric relics played a vital role in developing an ingrained perception of sex that we still find in distorted images today. In fact, it is the diverse implication of sex perceived in history, myths, and social or power paradigms in a society that defines our association with it.

With this backdrop, we must appreciate matters of sex as normalised social behaviour and it is for this very reason that Saeed Ibrahim presented his humane views in his book Sex aur Samaaj (Sex and the Society).

This book explores sexuality in great detail, particularly through a Muslim and Pakistani lens. It discusses how sexuality has evolved from early religious interpretations concerning women and their sexuality. The author has provided references of women before and after Islam in Saudi Arabia. Furthermore, he has illustrated the general attitude towards sex that has changed over time and how that has shaped our perceptions, while keeping in mind the religious influences of the time.

Ibrahim also asserts that while people admonish sex, the penalty is laid on the woman – the weaker gender that is easily controlled – as she is compelled to live in a repressive environment where her opinion on sex is unwarranted and ignored. Patriarchal societies commonly diminish the role of women, and see them solely as objects to be controlled – this position has been sanctioned by religion as well as societal norms. The author has rejected the unilateral male privilege in society, which is seemingly reminiscent of female slavery.

While challenging misogyny in our South Asian region, the writer has explained how, under the Muslim rule in India, sex took on a new meaning by objectifying women more and holding them responsible for maintaining familial lineage. Moreover, the men had no such restrictions, and Ibrahim delves into these notions in great detail while explaining the concept of slave women. He further explores how the institution of the harem itself went through a transformation from the early years of Islamic civilisation.

He explains his ideas by observing that sexual matters in Pakistan are always woman-centric, i.e. the perception that sex cannot be defined without discussing a woman’s role in it. Ibrahim has taken a critical stance on our notable scholars like Maulana Ashraf Ali Thanvi, Akbar Allahabadi and even Allama Iqbal, who asserted that women are not equal to their male counterparts. We glorify their philosophy even though it carries misogynist views. In all the chaos of moral expectations from a woman and a man, a woman is burdened with maintaining her modest character, and any talk about sexual freedom is seen as vulgar. The author very candidly writes his view about the topic, which is the very crux of the book.

He has also openly spoken about the sexual frustration of men in an environment which, according to him, is caused by an unnatural segregation between genders in our society. His view here makes sense because it is a woman who carries the burden of modesty, whose hymen testifies her virginity and whose nursery is an important determinant of her child’s moral nature and success but, as stated by the author, this is not what women should be limited to. He argues that a woman’s powerful existence has been unjustifiably undermined throughout history.

Ibrahim emphasises the notions behind a woman becoming submissive – he explains how men took advantage of women’s fertility to produce their off-springs, in order to ensure the continuity of their legacy and keep the wealth in the family.

When we talk about women in religious terms, it is a woman who cannot have polygamous relationships; it is a woman who cannot be considered chaste if she struggles for her sexual freedom. In a patriarchal society, sex has always been defined as the prerogative of a man, and anything that goes against its values is seen as a threat, considered obscene and hence, unacceptable in society.

Ibrahim has also touched upon a sensitive, yet incredibly important topic; sexual orientation. He asserts that in our society, we demean and degrade homosexuals, not just socially but also legally. The author claims that a man or woman’s choice of sexual orientation is natural as it occurs in other animal species as well. He also talked about the trauma they face when they are compelled to go through “sex change” operations, like in Iran, Thailand, even Pakistan, just so they may have a “normal” relationship with their partners in the eyes of the society. But even then, they are not accepted in their community.

When it comes to homosexuals, he analogises their manliness with a prison where a woman is suffocating inside. Although this subject is more diverse and complicated in terms of our society at this point and has not yet been explored, the author has still managed to spark a discourse and opened its frontiers—something we have been negligent of in Urdu literature.

Furthermore, he also touched upon issues related to incest, child abuse and unwanted sex, which he feels are the manifestation of oppressive sexual desires, in which the perpetrators find easy targets at home. In the author’s view, children are more vulnerable at home as compared to outside.

There are many dimensions that can be found in this book that compel us to rethink how we perceive sex.

We must admit that in Pakistan there have been no open spaces for expressing views on sex in simpler terms. Rape culture is strong and internalised in our society, and we need strong literature to discredit old notions of blaming women for ill-doing. This is exactly why Saeed Ibrahim’s book is a revolutionary attempt to study sex as something desirable and natural, not something to be repulsed by.

In his book, the author has highlighted that ignorance towards sex is what drives people toward obtaining pornographic material on the internet. With the exception of a few English dailies (representing less than 2% of the entire readership), there has been no serious attempt to undo the dehumanising attitudes towards women and sex through a discourse. This book is indeed a risqué commentary on sexual affiliation that is considered profane and wicked, which ultimately translates into frustration, guilt and shame.