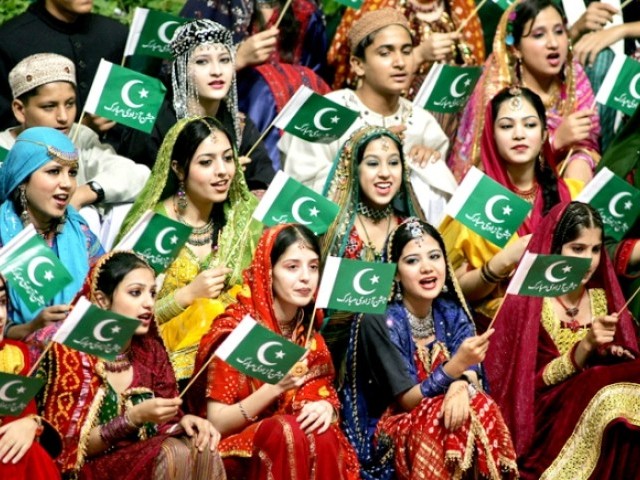 Culture is a set of behaviours and beliefs characteristic of a group.

Historically, February is a month of kite-flying in the cultural capital of Pakistan. Basant supporters mark the event as a hallmark of Punjabi culture. By playing up the Punjabi culture aspect, their motivation has been to circumvent the religious connotation attached to it by those who see it, among many things, as a ‘yalgar’ of Hindu values meant to corrupt Muslims.

Another thing February is known for is Valentine’s Day. That too has supporters who see it as a manifestation of love and festivity. For the rest, it’s a part of the ‘devil’s plan’ to lead as many souls to hell as he can.

It gets problematic, however, when those at the helm of affairs and their cronies in the media, start taking sides in the name of national culture and identity.

What is culture, but a set of behaviours and beliefs characteristic of a group. Culture evolves with time and cannot be confined to territorial borders much to the disgust of those heading councils of one ideology or the other.

What Indian culture was for centuries, was not defined by Hindu scriptures alone. It was influenced by thousands of intruders from lands as diverse as Central Asia, Arabian Peninsula, Western Europe and the Far East.

Even today, Delhi’s way of life is poles apart from the south. Similarly, Pakistani culture is anything but a monolith. It is a hodgepodge of several different sets. What goes on in the cultural capital is not analogous to the city by the sea. The mountain folks are at another wavelength with their Pakhtunwali code. Rural Pakistanis can’t be associated to their urban counterparts.

When the likes of the one religious organisation issues warnings against celebrating Valentine’s Day; when another issues decrees against kite flyers or when some Punjab lawmaker suggests banning ‘Hindu’ cartoons, one should rest assured that these are empty slogans, reflecting only the dominant individual’s perception of ‘culture’ – a culture revolving around their self-interest to perpetuate their hegemony and prevent dissenters from seeking legitimacy.

How else can one then describe the so-called movement to defend blasphemy laws?