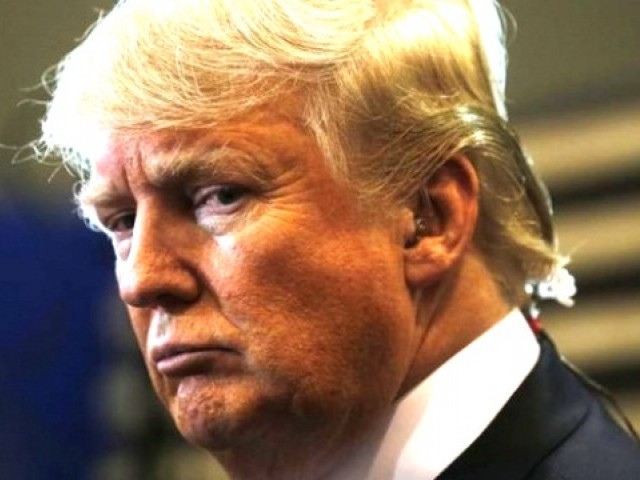 A Republican Congress, like the White House, will squeeze Pakistan harder for compliance. PHOTO: REUTERS

The mayor of a small West Virginia town has resigned after facing backlash following the endorsement of a Facebook post calling Michelle Obama an ape in heels and thus became the poster woman of the America that will now be made great. This might trigger some pretty intense flashbacks for some Pakistanis (hint: Tractor trolleys) but of course in this country, resigning isn’t a thing.

Although mortified apologies have been made, the fact is no one really believed that the US would become what it is at this moment (except for my mum), that Trump would win (mum called it), that the racists existed (except for all the non-white Americans and my mum). All the polls were wrong (guys, hire my mum) and the entirety of news media failed, despite claims that the republicans would have to prise the country out of their cold, dead, rigour mortised fingers.

The shock has begun to wear away, the world microwaves some popcorn and experts (i.e. middle aged adults on WhatsApp) weigh in on where it all went so wrong. Reports of hate crimes in the US are on the rise as people with no understanding of how citizenship and genes work call names, graffiti property and, in some cases, physically harass and steal from minorities. Europe too, is gearing up for a similar rise of the far right and Angela Merkel is probably wondering how long she can keep dragging the liberal cart all by her lonesome.

As the people around you let out their inner economists, foreign policy experts and political scientists, the deluge of information, analysis, claims and counter claims can become too much. I’ve taken it upon myself to strain the ocean and present a short list of the most important things that Pakistanis can do to weather the storm:

1.  You need to be more shocked at your friends and relatives using the ‘C’ word (hint: contemptuous term for a Christian) before you share posts about white people suddenly throwing the ‘N’ word around freely.

2.  You do not get to say ‘America elected a perverted president because it is perverted’ (or some variant thereof) if you’ve also judged rape victims, think that what women wear in public has a direct correlation to street harassment or that child abuse is not a thing.

3.  Politics are complex and cannot be summarised into a single social media post. No one reads that stuff. It’s annoying. Stop.

4.  Many Muslim countries (including Pakistan) have minority communities under siege (they don’t even have to be non-Muslim). If you comment on the plight of Muslims under Trump but also deny this simple fact, then the hypocrisy fairy will visit you at midnight and leave a giant huntsman spider in your room.

5.  The far right may be rising in white-people-land, but it’s been alive and well all around you for years. Think about it. You’ve survived it here, haven’t you? Stop panicking.

6.   Start considering problems that are closer to home. For example, the fact that several thousand people will march cross-country for ‘leaders’ with vague agendas, only to have the whole thing evaporate before anything meaningful can be accomplished, and yet these thousands are incapable or unwilling to pressure these same ‘leaders’ into doing something about hate crimes against Pakistani Christians, Hindus, Qadiyanis or Shias.

Finally, now that there is nowhere to run to, start trying to fix your own country.