Billy Lynn’s Long Halftime Walk: Yet another Iraq war movie glorifying the US 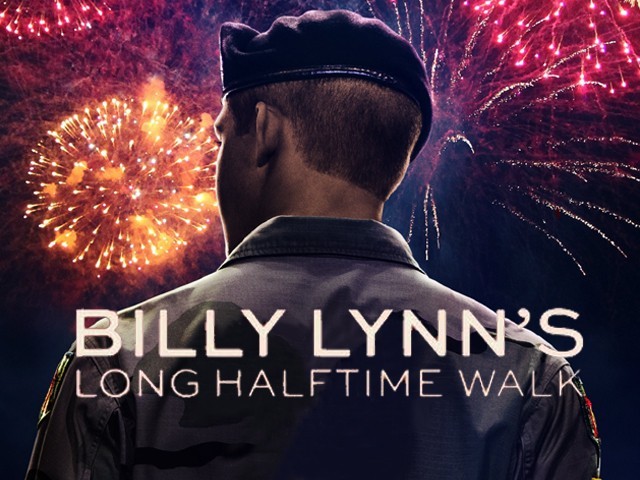 As much respect as I have for Ang Lee as a filmmaker, this particular walk of a soldier coming home to a life he barely recognises is going nowhere. PHOTO: PUBLICITY

Now don’t get me wrong, I am as big a fan of Ang Lee as the next film aficionado. After all, this is the same filmmaker who gave us cinematic masterpieces like the quirkily romantic Brokeback Mountain, the visually stunning Life of Pi and the exotically beautiful Crouching Tiger, Hidden Dragon. But despite all the hoopla about the revolutionary new format – a combination of 4K resolution and 3D at 120 frames per second, five times the standard speed – his latest venture Billy Lynn’s Long Halftime Walk is shot in, it all boils down to how the movie actually is minus the technical gimmickry.

Most audiences will end up seeing the plain old alternate 2D version (at this point, only five theatres in the entire world are expected to have the facilities necessary to show the movie as Ang Lee intended it to be shown). And the answer to that is regrettably average.

First things first, this is yet another movie about the Iraq war that only cares about its impact on Americans, not its causes or, god forbid, its effects on the rest of the world in general, or Iraqis in particular.

Based on an award-winning novel, Billy Lynn’s Long Halftime Walk is a war drama set in the year 2004. The narrative unfolds over one day in the life of Billy Lynn (Joe Alwyn), a 19-year-old soldier from Texas who becomes a media hero following an on-camera attempt to rescue his sergeant (Vin Diesel) from crossfire during the Iraq war.

Along with the surviving members of the Bravo Squad, Post Traumatic Stress Disorder (PTSD) stricken Billy is flown back to the United States to be shamelessly paraded during the halftime celebrations of a Thanksgiving Day football game in Dallas. The plot recurrently flashes back to the titular character’s earlier dealings with his Texas family and the whole unit’s experience in the battlefield, while they try to deal with a ruthless football team owner (Steve Martin), their agent (Chris Tucker) and the disgusting capitalistic values in present day USA.

Now I wouldn’t dare disparage the visionary genius that is Ang Lee, but a lot of visuals that I saw during Billy Lynn’s Long Halftime Walk were underwhelming to say the least. It could partly be due to the fact that I watched the film in a format that the Oscar-winning director didn’t intend for the audience, but the bottom line is that I was fairly disappointed.

Having said that, the lost-in-translation issues still cannot account for why the protagonist, for all his screen presence, was as deadpan as a video game character. Not to mention the paper-thin characterisation where inserting lots of close-ups of Billy looking sad was as far as the screenplay went to psycho-analyse the character.

We also get the notion that the movie, as a message, doesn’t just want the American viewers to think their support for these soldiers begins and ends by saying nice things to them, but also by extending their responsibilities to make sure they have the assistance they need when they return to find work, homes, or mental healthcare.

But isn’t that what most of the war dramas that we have seen over the years are? Throw in some trite dialogues along with crude American archetypes and you have got yourself an out-of-date Hurt Locker.

As much respect as I have for Ang Lee as a filmmaker, this particular walk of a soldier coming home to a life he barely recognises is going nowhere.