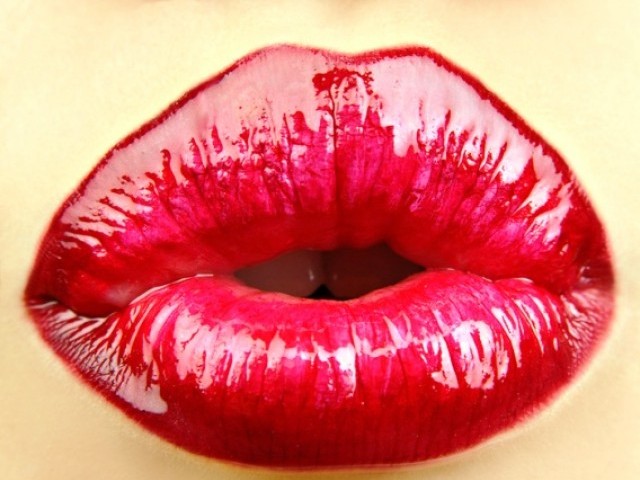 It describes its agenda by saying “To hold an opinion is no crime!"

On an idle Sunday afternoon spent eating pizza and chatting with my sisters-in-law, I was introduced to ‘Scandalous Islamabad’.

In case you don’t know what it is, ‘Scandalous Islamabad’ is a Facebook group inspired by American TV show Gossip Girl (remember the mysterious “And who am I? That’s one secret I’ll never tell. You know you love me xoxo Gossip Girl?”) Currently, this Facebook group has a following of almost 5,000 people.

The grapevine is active

The group that was created in January this year keeps disappearing and reappearing. Apparently, this is because they got hacked. There is a post on their wall which says:

“Our last page got deleted but no worries .We are going to work in here now :) ur secrets are waiting to get fired ur nobody unless ur talked about and u knw tht u love us xoxoxox”.

It describes its agenda by saying “To hold an opinion is no crime! Your news; our voice: Kaboom – and it’s all over the city!”

Gossip vultures on the hunt

The stories on the group’s wall carry names and usually post gossip about catfights, spats between friends, teenage romances and homosexual behaviour.  People’s photographs and screenshots of private Facebook messages, emails and text messages are posted as well.

No one can deny that one of the fundamental parts of school life is “gossip sessions”. I can recall the extreme anticipation for the break bell, so snippets and information treats could be shared with friends. But there were always those malicious classmates who lived to make others’ lives miserable by making up untruths and spreading them around the school.

With the emergence of this Facebook group, things are a lot more complicated. Once the information is shared in the web-sphere, it can have serious consequences.  Aside from the absolute wrongness of violating people’s privacy by posting private information, there are other graver risks.

Looking at the social dynamics within our country, no one can deny the increasing polarisation between those who term themselves as the liberal progressive camp and those who deem themselves the keepers of morality and conservative religious values. As despicable as it may sound, we are all aware that a woman’s reputation has become the mainstay of morality.

The posts on ‘Scandalous Islamabad’ about “lip locking”, “hooking up” and the pictures of girls and boys hugging and swimming together are derogatory and offensive.  It reminds me of a time when nude photographs of a young girl were posted by her (then) boyfriend on Orkut (a social networking site which was popular before Facebook became a social phenomenon). She was forced to relocate and no one knows what became of her.

In today’s increasingly intolerant Islamabad, it is plausible to imagine that such posts can provide the rationale for these girls to be harmed. By the same token, any gossip about about gays and lesbians can make an individual become the subject of bullying.  What makes it more real is that increasingly, the scale of information on Facebook is making it a fascinating tool for detectives and criminals alike.

Online abuse on the rise

In England there have been cases of paedophiles using Facebook to stalk their victims, and children and teenagers being cyber-bullied. Recently, a BBC Radio4 programme called Teen Kicks explored this issue. Lizz Pearson in the Guardian writes “Then there was abuse online. I’d never heard the word “sket” – teen slang for a slut – before I met these teenagers. Or of online “sket-sites” – pages created on Facebook where a girl’s sexual deeds are posted, and boys invited to add their comments. Sometimes a boy makes the site, sometimes another (perhaps jealous) girl. The idea is to humiliate. And it works. Intimate pictures, intimate details of a teenager’s life, posted for all to see, the girl labelled a ‘sket’ or ‘ho’”.

In a lot of cases this has led to violence and abuse. It is not too farfetched to conceive that some self-appointed personnel of the morality brigade might try and harm those about whom gossip is posted on the wall of ‘Scandalous Islamabad’.

The existence of this group is evidence that online gossip is universal and can have a negative impact on people’s lives.

In England a website called LittleGossip allows users to post gossip about others whilst maintaining anonymity. LittleGossip said it would restrict the age of those participating to over-18s (although I do not understand what difference it makes given that such behaviour is wrong whether the person is an adult or not). It is clear that the site provides a platform for some people to say horrible things that can be racist, slanderous and bullying. Take for instance a front-page post about a school in Surrey where a contributor had written that they ‘hated Pakis’ in their school.

In the United Kingdom there are organisations that work on internet security and protection. But in  Pakistan there is no such support system and in some cases,  no sympathy for cyber-bullying.

This is just one of the reasons why ‘Scandalous Islamabad’ is dangerous. The city has always been a gossipmonger’s paradise. But now, what were once just petty minded ‘gossip vultures’ are now scavenging like crows.

Update:  Facebook group ‘Scandalous Islamabad’ has been shut down.