What really goes on in the Sindh Assembly 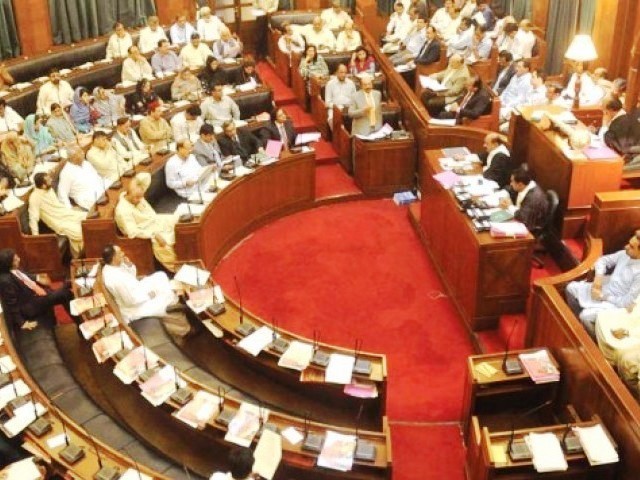 Hardly any of the ministers take part in the legislative process.

In June 2010, legislators from the Sindh Assembly zealously thumped their desks after passing a bill for the establishment of the “Sindh Revenue Board” to collect sales tax on services.

While covering the story, I was surprised to know that a majority of legislators were not even aware of the bill’s significance; they didn’t know the difference between tax on services and tax on goods.

One of the MPAs went on to say, “We have no idea about the bill; it is enough that we have supported it.” And I can assure these were the exact words of the lawmaker, who belonged to the treasury benches.

During assembly sessions, I sometimes sit in awe of these ‘educated’ lawmakers, who gossip with each other, while the speaker pleads for attention.

However, warnings always go in vain, which illustrates a lack of interest on the part of legislators towards their jobs. In reality, they are required to make laws, shed light on important public issues by raising points of order, submit resolutions and adjournment motions, and so on.

However, out of the assembly’s 168 members, barely ten actively take part in the legislation, or in other words, do what they are paid for.

The rest of the members come in late to the session, and always seem to be moving from one place to another, in pursuit of getting their personal work done by ministers.

The chief minister (CM) remains busy during assembly sessions signing papers, while MPAs and ministers scurry around the CM, waiting for an opportunity to sit next to him and brief him about their matters.

According to a progress report published by the Sindh Assembly last year, a majority of the legislators belonging both to the treasury and the opposition, remained silent during the entire year. They did not table a single bill, and did not move a single resolution or an adjournment motion.

With such a massive opportunity to address the province’s issues at a platform that possesses the capacity to make a significant difference, the numbness of the legislators will never cease to amaze me.