Trump is president. Now what? 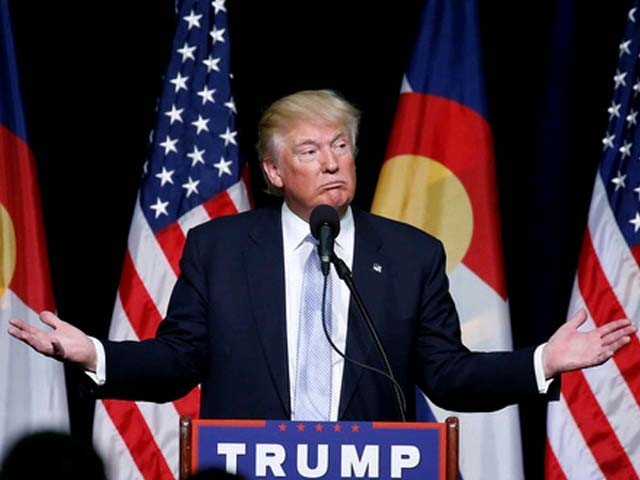 Trump worked his way through to the presidency in the most sensational manner. PHOTO: REUTERS.

On the morning of the Election Day, November 8, 2016, while driving to work into the District of Columbia, I stopped my car to take a good look at the Washington Monument as it stood in all its majesty with the sun rising in the background.

This was obviously not the first time that I admired the famous landmark. I’ve been a local ever since I moved to the US as a budding young man. I love being here and cherish the history and the cultural vibe that one draws from the high literacy and multi-cultural enlightened environment.

Well, by nightfall as the presidential results started to pour in, my spirits fluttered and while my heart was unwilling to accept the obvious, my mind kept pushing me to read the writing on the wall.

Trump’s Tuesday victory was an inevitable necessity and an ultimate fate, one that was the result of the divisive rhetoric and his ability to bring out the worst in people. His ‘Make America Great Again’ message had all the wrong connotations and dangerous inclinations. He capitalised on public frustration vis-a-vis economy, security, and Washington’s inability to grapple with and resolve people’s problems.

All of the above is history now. The ball is fairly and squarely in president-elect Trump’s court. For months together, he cried disaster; indulged in scare mongering and made people believe that America is about to be wiped off from the face of the earth. He promised to ‘’drain the swamp’’ and get rid of Washington’s rigged system.

Let’s not forget, Trump’s passion to build the wall along the US border with Mexico and make Mexico pay for it. His penchant to call people and different ethnicities names drove the gamut of his campaign. His plan to ban Muslims and his claim to know more than the generals with respect to security issues will all now be tested.

Crazy as he may be, the president-elect will, willingly or unwillingly, calm down. You see, America is a fascinating country where systems and institutions are bigger than people; even bigger that the most powerful individual in the land, i.e. the president. Layers upon layers of checks and balances keep the powerful and the wheeler dealers within certain reasonable limits.

We have an alive and kicking constitution; a strong judiciary, and a highly active legislature that keeps the executive focused and on its feet. Agencies like the NSA, etc. monitor each and every move that can potentially result in suspicious activity and brief the president-elect well before they formally take oath of office.

Simply put, Washington is a great leveller. All that madness and high and lofty campaign sloganeering and promises can potentially come to nothing as soon as the ‘system’ reveals itself; that very system that makes us walk the straight line and overwhelms even the most extraordinary.

So, while a part of me questions that rationale of my decision to make this country my home eons ago, the other part tells me that although we now have a brash bully in the big old White House, there’s not much he can do in substance to harm me, my interests, and the interests of millions of others like myself, be they Mexicans, Chinese, Blacks, Muslims, or Jews. We are all Americans and we have rights and recourse to due course of law. Trump might have destroyed the very fabric of our society in a short period of a year and a half; he cannot disrupt people’s lives just like he did during the campaign.

On the world stage, one doesn’t know much about how the US will be perceived now. Trump’s much celebrated relationship with Vladimir Putin will be a spectacle to watch as it all unfolds. The president-elect will need to engage top of the line advisors to guide him through the major foreign policy crisis that the US is currently faced with.

Steadiness and consistency count in statehood and governance. Donald Trump has a lot to learn and while he will train himself on the job at the expense of the American public and national interests, our destinies will remain uncertain for a long time to come. The fact that Trump has never held public office makes things even sketchier.

Whatever goes down from now on will be interesting, to say the least. Trump battled against all odds, rebelled against his party and worked his way through to the presidency in the most sensational manner.

Running the administration is no reality show, however; it’s not even close to having fun on a campaign trail. This is the real deal, cutthroat stuff where responsibility and choice of words is what matters the most.

Unless anything changes between now and the next four years, Trump will need to tread a careful path and beware that the US is a power to be reckoned with for reasons that have more to do with diplomacy and peaceful resolution of affairs than anything else. There’s very little margin of error and there’s not much room for snazzy statements or unleashing adrenaline heavy sucker-punches or over the top overtures. Time will show if Trump really has the greater American interests at heart. He will have to curb his impulsively insane tendencies.

Whereas I ponder and reflect on the good years I’ve spent in Washington DC, Trump must indulge in a rapid clean-up act. The presidency will not only be a test for Donald Trump himself but also for this entire nation. As we all intently wait and see, may the Lord help us get through these undefined and uncharted times with flying colours. Amen!