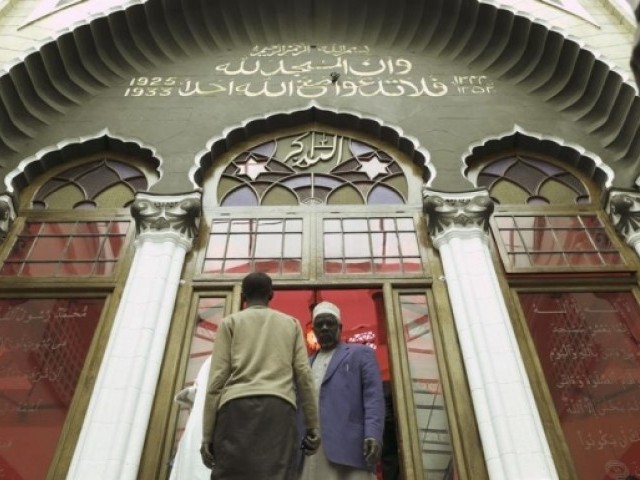 I am a strong proponent of secular democracy; a system which rejects faith based politics and prioritises merit over clan, cast or creed. Living in a country which has been officially atheist for the past six decades has compelled me to ponder over the importance of religion in our private lives. I do not endorse a collective representation of religion. Beliefs are cloned and individuals start idolising practices that don’t do justice to religion.

Realism is suppressed which leads to the acceptance of a system that is theocratic in spirit but claims to take people to the highest abode by trampling over people belonging to other faiths. On the other hand, the importance of religion in our private lives cannot be ignored, I find myself saying InshaAllah, MashaAllah, SubhanAllah often. The first words that come out when I am craving for something are,

The utopian concept of “Muslim Ummah” hasn’t quite hit me, but I am willing to embrace the fact that I am a Musalman. My Muslim identity doesn’t transcend any geographical boundaries. I can be a patriotic Muslim in a secular country where my namaz and roza doesn’t interfere with the state of affairs of the country. I am willing to contribute towards the betterment of the country with my Hindu and Christian counterparts without making them feel any inferior.

Religion (opium for some and everything for others) is a much needed link that needs to be established for the transition from this world to the hereafter. It is a natural path that all religions (even the most bizarre ones) preach. The sense of being held accountable for deeds/actions drives our lives and leads us to a path that is morally acceptable: but who will actually decide the threshold of morality? This question has fragmented/divided even the crudest of religions. The Masai of Kenya are losing their people to Christianity. The converts find the whole concept of sucking and drinking blood from a freshly slaughtered animal (practiced by their forefathers for centuries) witchery and loathsome. The morality that Christianity preaches is radically different from that of Masai culture, but people are willing to jump over the fence and embrace something that they believe will be their path to salvation.

Here, I can experience the decay of a society that forced people to give up on religion even in their private lives. The “politburo” started to loosen up things a few decades ago and country now recognises eight religions, but is still officially atheist. The society is decomposing and facing stagnation under the weight of its own hollowness. A morsel of beliefs and practices hold them together. One can sit and watch how they equate the natural transition with karaoke. Children have questions but parents don’t have answers. Children want to know who God is; parents don’t know what God is!

The word god has many meanings. It can mean a supernatural, omnipotent and omniscient being who is the creator and ruler of the entire universe. It can also mean an idol or an effigy that is worshipped. Leaders who get confused in these two definitions and force nations to give up on them entirely or just pick one can be best described as impotent, weak and incoherent. We are breeding a generation of individuals who will set their own standards of morality in the future. Religion will take a backseat in their private lives or they might offload it completely. In truth it was this moral decay that caused the decline of some of the greatest empires in history.

Religion is necessary for individuals to run their private lives. In comprehensiveness, all religions tend to teach tolerance and sovereignty hand in hand. This can be threatening for adherents of different faiths as they find themselves abandoned and in danger.

For me, my religion is an institution, a set of beliefs that is preparing me for my transition and helping me to connect with the divine power, God; Allah.

I am a citizen of an Islamic republic where five-year-old girls are raped, where women are traded like a commodity, where lust is stronger than the religion that claims to hold the country together. I am citizen of a country that lost its innocence in infancy.

In the land of the pure, mosques are for Sunnis, Imambargahs for Shias and mobs burn down Christian churches and accuse minorities of committing blasphemy. Being a non-practicing Shia Muslim, I never found comfort in the holiness of a Sunni mosque. It was always an alien place; a place belonging to people that persecuted me, oppressed me and called me a kafir.

For me, they were the misguided souls, the ones who needed Allah’s guidance, needed to come to the right path.

I never imagined that these misguided souls would join me in heaven. Not that I hated them, we were just different, superior and noble. Why? Because we own Hussain (ra), own everything related to his legacy and every bit of history that remotely mentions him or his family.

So for me we were the custodians of the true spirit of Islam. But why didn’t an Imambargah ever become a mosque? Why did we never try bridging the gap? Thousands of Shia’s have been killed in the sectarian violence going on in the land of the pure. A country where 194 million plus humans claim to be Muslims has failed to stop these atrocities.

In the land of the pure, there are mosques that don’t allow Shias in, there are Imambargahs were Sunnis cannot pray, a sectarian divide that might claim more blood and many more human lives.

And here I got the chance to go to a Sunni mosque in a predominantly Christian country with an agnostic friend. She went to the women’s section to see a friend pray. I sat outside the main prayer hall, watching men throng the mosque, braving the rain, rushing to perform wuzu and then standing behind the imam to submit themselves to Allah, disconnected from their surroundings and own-selves.

Why would they do that for something that’s so intangible? Didn’t they know Shias don’t pray like them? Why didn’t they put a notice outside saying only Muslims and no Shias allowed? Why did I see so many people from different sects praying together? Why does my agnostic friend go to the mosque?

Because it’s peaceful; she never feels like an outsider – they always welcome her with open arms.

How can these inferior Muslims be better than Muslims of the land of the pure?

I found peace in a place I always considered congregation of the misguided individuals. I wasn’t being judgmental. I opened my heart, opened my mind and… I got the message.

“There’s no god but Allah, there’s no language but Urdu and there’s no ‘jaan’ but ‘Ammi Jaan’!”