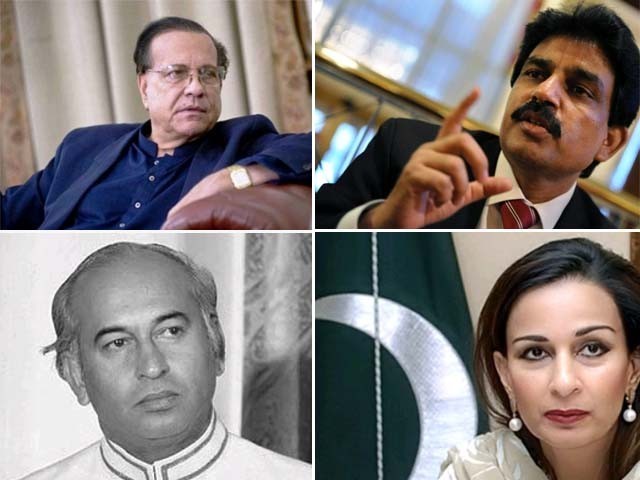 From our childhood, religion is revered and its reverence is reinforced through promoting a culture of unquestionable acceptance.

I have often been more amazed not at the religious fanaticism of the few, but at passivity of the moderate majority. And although sceptics will cast their doubt, the fact is that Pakistan on the whole has a moderate population. In Pakistan, comparable fervour is dominant only in pockets. Yes, this is a country which has Taliban but it is also a country where people have largely voted for moderate parties. This is a country which despite being conservative has never voted the clergy into power. It has a relatively independent media and entertainment avenues are more eclectic compared to many Islamic countries from the Middle East.

And yet this is also the same country which through legislation declared Ahmadis non-Muslims and that too during the tenor of Zulfikar Ali Bhutto, arguably the most intelligent prime minister who headed a left leaning party. And mind you Pakistan’s People’s Party (PPP – the party in power at that time) did not originally have any such agenda item in its manifesto.

Moreover, the Hudood ordinance (a controversial law which is discriminatory against women) and blasphemy laws (which carries death sentence to the convicted) are solidly entrenched despite the fact that these were not enacted through a proper legislative procedure.

Today, parties are reluctant to even debate these controversial legislations, despite the obvious fact that these are in contravention with modern day ideals of human rights. Due to these laws, religious extremism and discrimination have been institutionalised and Pakistan has become extremely controversial in the international arena. Despite the enormous negative publicity and being in the watch list of various human rights organisations, there is hardly any concrete debate in Pakistan on mainstream media and legislative forums to repeal these laws. No political party wants to be a political casualty, even if it can muster the two-third majority. And this is happening in a country where clergy are regularly outvoted by huge margins.

In my opinion, the issue is not that the population is radicalised, but rather actually too timid due to the extreme veneration of religion and its fanatic patronage by the clergy. This is an important factor which needs to be understood before we can have any realistic chance of repealing of controversial laws and even tackle general extremism. Plus it is this reverence which creates this state of denial wherein Muslims find it impossible to believe that any Muslim can indulge in heinous crimes like terrorism.

From our childhood, religion is revered and its reverence is reinforced through promoting a culture of unquestionable acceptance. Once we grow up, despite the fact that the majority is not completely adherent to the rituals, the unquestionable reverence remains embedded in our mind-sets.

I even know people whose personal lives show complete divergence from even basic Islamic teachings and yet they would never publicly question anything in the name of religion. Then there are so called moderate and educated Muslims, who also are too timid to question things on a public forums.

The central issue is that once a thing is widely projected as unIslamic by the mainstream religious ‘scholars’, no one raises any effective voice to challenge it and the prime reasons are extraordinary unquestionable reverence and inability to challenge clergy in interpretation. In our personal lives, we will even violate several unquestionably good Islamic rituals but in public, we are too afraid and indifferent to raise a voice against something which clearly is against modern human rights ideals and the spirit of our religion itself.

A classic case is the issue of Ahmadis. Since mainstream clergy has declared them as non-Muslims and their status does not directly affect us, therefore all of us have simply accepted that they are. None of us are ready to challenge the clergy and to conduct efforts to repeal the second amendment. No political party can muster the courage to confront a handful of zealots.

Of course passivity and timidity originating from this reverence is also reinforced by manic irrational “defence” from the clergy, which is ready to pounce on any one talking about reformation in religion. In several instances, people have been forced to retract their “bold” statements when the clergy fanatically retaliates by categorising them as blasphemy. The media either endorses the fanaticism or merely adopts appeasement as the approach to “pacify” things. People like Salman Taseer, Shahbaz Bhatti are the casualties of this manic behaviour. Likewise, Sherry Rehman, a prominent female activist was literally forced to retract from her proposed amendments in the controversial blasphemy ordinance.

I remember an interview in which she tried to explain her position asking Muslims to show some tolerant behavior towards Aasia Bibi, the Christian woman who was sentenced to death by court. And merely, the day after her interview, I vividly remember Amir Liaquat Hussain (a TV anchor), trying to prove that how blasphemy’s legal punishment in Islam is indeed death. He was openly mocking Sherry Rehman during his program.

At that point I came to the realisation that we do not have a future with respect to human rights. I knew even if viewers were finding his views repulsive and objectionable, they would not be able to say a word due to the extreme veneration of religion and the fear that they would be branded as blasphemers themselves.

Another rationale for passivity comes from believers of “religion is a personal matter doctrine”. There are several of us who show reluctance to debate religion by citing the above reason. In principle, I fully agree that it should be a personal matter as religion relates to our innate and spiritual beliefs. Since different groups practice it in their own way, when it is incorporated into a law, it can be overly imposing on others. And the problem is that here it is incorporated in our laws and therefore it is no longer that personal! And if you want it to be relegated to personal affairs you need to debate those laws and therefore you will end up debating the source of the laws, the religion.

A common tactic used by religious rights is to discourage any critical debate, and to give a belittling reference to inadequate qualifications of those who are trying to adopt a reformist approach. What really amazes me that this reference is never made when you are supporting ultraconservative view of Islam. Surely our qualifications are inadequate for that also. Moreover, all of us are ready to knit sophisticated conspiracy theories about foreign affairs without any so called qualifications and yet for religion, which majority of us have studied right from class one to intermediate, we are required to have extraordinary qualifications.

So my brothers and sisters come forward and let’s break this apathy! Islam is your religion and you do not need these clergy to interpret it. Only by taking the discourse on religion away from them, can you change the status quo.