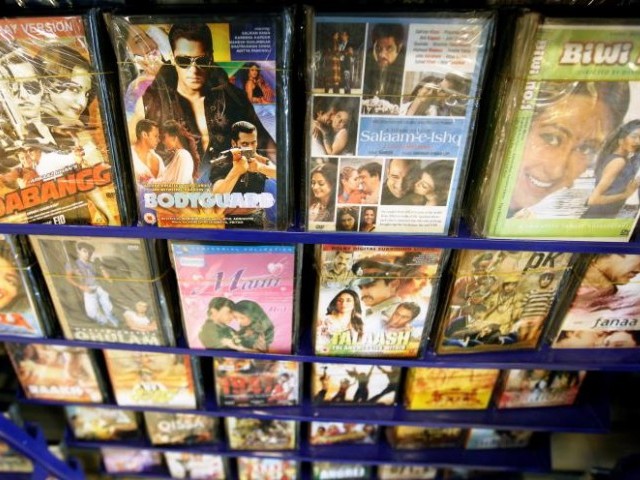 The men who have taken these videos and made it into a profitable business are promoting a sick culture and mentality that is inexcusable. PHOTO: REUTERS

Real videos of rape are being sold in Uttar Pradesh, India. For Rs20 to Rs300. No, this is not a joke. Really think about that for a second. The person you know or heard of, that girl? Who got raped? Yes, the video is of her being raped. Again. And again and again. By not one, not two but four people. Four people who take turns holding the shoddy camera phone with which they are recording their victim being torn apart – physically and mentally.

They are clawing at her clothes, biting parts of skin that can be seen. Biting hard, until the skin finally gives way and rips with drops of blood sliding down her skin. They yank her hair, stuff their filthy hands into her mouth so she stops making a sound and then they repeatedly violate her shaking body. Until she has one breath left inside her. But before they leave her there, naked and vulnerable, they show her the video while she lies there lifeless, tears full of dirt falling down her bruised cheeks. Then they threaten to distribute the video to the masses if she talks about what happened to her. They tell her they will bring shame to her family and then they will kill her.

And they leave. Only to sell the evidence of their despicable acts to the highest bidder.

While there are many categories of pornography, and rape fantasy is one of them, I never thought people would willingly buy real videos where real women are getting raped.

Rs20 to satisfy a fetish? Is that how much the victim’s dignity is worth?

Let’s get this straight: victims are taken, violated, and documented for two reasons. One is for the assailant to assert his authority while they’re physically violating someone, as if it’s a proof of their victory. The second is to stop them from seeking legal action by blackmailing them with it, telling them that they’ll show the video to everyone: guaranteeing their silence and the leeway to be able to violate them again when they’re bored or in need for some release.

Anyone who has even a streak of logic can tell you that only things that there is a market for are invested in and sold; and that realisation is sickening enough as it is. How can anyone digest the fact that one person’s moment of horror, one that, from that day forth, has defined and labelled them for life, is another person’s fantasy?

I am absolutely disgusted. Rapists deserve far worse than death because they’ve ruined a person’s life that has no choice but to keep on living. And when you think that such savages couldn’t stoop any lower, you find out that they sell these videos to such shops to make a quick buck.

And instead of reporting these stores, or handing in these videos to the authorities so that the perpetrators in the videos can stop parading the streets and for once be held accountable for their sick actions, others are enjoying watching the proof of their crime.

Only vermin can be aroused watching the Mukhtaran Mai’s of the world be raped or the Kasur children be subjected to sexual violence.

If one of you is reading this, how does it excite you to watch someone physically violate someone else in a matter of minutes? Do you wish you were the one assaulting, or the one being assaulted? Do you fantasise about being bruised and being left to bleed, or being the one enduring the bruises and the bleeding?

Do your thoughts include innocent children? Did you lure them with candy, or touch them while they are watching an episode of Doraemon? Do you fantasise about his/her small hands, and the way horror flashes across their tiny faces out of sheer helplessness as you hold their mouth shut and have your way with them?

Perhaps not a child – no, that is where you draw the line. The individual in your fantasy is above the legal age. Because that makes a difference; then you have someone to blame, right? She asked for it? She was purposely titillating. That changes the bouts of self-blame, the distrust, the emotional detachment, the PTSD, the thoughts of suicide, the social stigma, the loss of respect, the fear, the vulnerability and the depression that follows after. You were provoked; she made you tear her clothes off. She wanted someone else to document her dignity being stolen from her from start to finish.

Maybe if you’re lucky you can watch them cry as you penetrate them over and over again.

Perhaps it’s gang rape that you fancy. What’s your limit? Three? Four? Seven? Do you fantasise about taking turns while the rest watch her trying to fight each man off? Are you pinning her arms down while the others have their way or do you get excited at the prospect of all of you going at her all at once?

No. The best part is probably thinking about when you’re above her, sneering, and laughing triumphantly, jabbing your body inside her while you snicker about how she wouldn’t dare tell anyone because she’d be ruined after you show everyone what a s*** she really is. You probably climax at the thought of climbing off her and telling her you’ll be back soon for round two and she’d better be ready and inviting.

Does it excite you knowing that these are very real videos, of very real encounters?

Rape is not a kink. It is not a sexual fantasy. It is a violation. And even fantasising about it is reprehensible.

The men that make these videos and circulate them are disgusting. But the men who have taken these videos and made it into a profitable business are promoting a sick culture and mentality that is inexcusable. Every time another rape occurs, their blood is on your hands.

Do we really want to find out if Trump is another Hitler?