As a Muslim American, I will abstain from voting this November 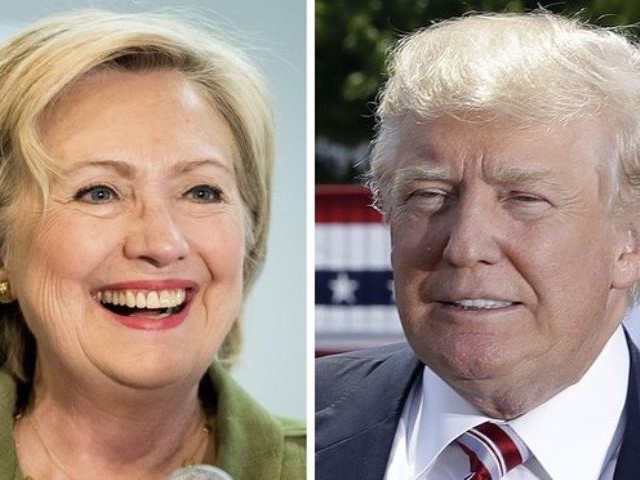 ‘Friends are astonished by my dilemma.’ PHOTO: AP

I am an American Muslim with one vote, and no person for whom to cast it. I became a citizen less than a year ago. This is my first election and yet, I won’t be joining the millions of other Americans going to the polls.

How could I squander such privilege, particularly when so many Muslim women in the world never get to vote? Voting my conscience – by abstaining – is a painful decision. Friends are astonished by my dilemma. Yet Clinton, for some Muslims, remains a problematic choice, and one I am not able to embrace.

Clinton’s complicity in entrenching and upholding the United States in drone wars troubles me most. During his eight years of his administration, President Barack Obama has authorised and legitimised drone operations to an unprecedented degree, overshadowing any operations under President George W Bush. Clinton was Secretary of State for four years during that time, and she was twice elected senator to New York before that, vocally supporting drones.

Never once did Clinton take action against drone wars, nor vocalise dissent or distaste. Rather, she remains a staunch supporter of the drone program downplaying the civilian loss of life.

Acquiescence to America’s institutionalisation of drone warfare unleashed on the largely Muslim-majority lands of Pakistan, Yemen, Somalia, Libya and Afghanistan may be the most heinous feature of American foreign policy today. To most Americans, drone wars are popular, of little concern, and save our troops from engagement. For me, drone wars are personal.

I am of Pakistani heritage. When I visited Pakistan in 2012 on a trip to the North-west Frontier as an invited physician-observer, drone warfare became a palpable reality. I was in Malakand in the Swat valley of Pakistan to meet child jihadists being deradicalised at Sabaoon, a multidisciplinary school where children, from ages 10 to 20-years-old, convicted of acts of terrorism are rehabilitated.

On the long ride back to Lahore, we decided to break the journey in Peshawar and take tea with Professor Khalid Mufti, a consultant psychiatrist working for the Horizon NGO at Ibadat hospital in Nishtarabad.

After tea, he asked me to see his patients. I was puzzled by the silence in every room. It was the middle of the day, but all the patients were in bed. Visiting families were gathered in somber clusters on each bed. We saw almost 80 patients.

“These are all patients with psychiatric disorders from drone attacks. Most have seen attacks or lost family members in attacks. Some are terrorised by the sound of the drones. Many are diagnosed with conversion disorder – a somatisation of anxiety. Others have PTSD,” Mufti said.

I am familiar with these diseases as I treat 9/11 first responders in New York with PTSD and anxiety, among other disorders. Still, I was immobilised by one thought: all that these Pakistanis knew of the United States was the sound of Reapers and Predators and the lethal violence in their wake.

If Americans elect Trump on November 8, 2016, it is unlikely that he could undo drone wars without extraordinary effort. With both the military and Congress in favour of and competing to control drone operations, Trump would have been impotent in making changes, even if he was to develop ideological objections.

Trump’s legitimacy as a presidential nominee falls far from Clinton’s candidacy. I can never vote for him. That he reached the position of Republican nominee is a singular disgrace for which the Republican party must be held fully responsible. But putting aside Trump’s gross inadequacies and revolting indecencies, Clinton’s positions on drone warfare to me are equally obscene.

I waited almost 25 years to become a citizen of the United States. I was just as thrilled to register as an Independent. But it turned out this November I can vote only with my conscience.

A vote for Gary Johnson would endorse a candidate who cannot identify Aleppo or a foreign leader. A vote for Jill Stein empowers an admirer of Vladimir Putin who would assert US power to maintain Assad in Syria.

A vote for Trump (irrespective of Mike Pence’s hollow denials) would legitimise the demonisation of Muslims like me.

A vote for Clinton, though, would be a vote in support of sophisticated drone operations, among other things. As anthropologist Hugh Gusterson starkly describes, this would ensure the increasing militarisation of US-Muslim relations to continue without protest.

Even as the groundswell to enlist the Muslim vote deepens, I find I am compelled to sit this election out. When it came to this presidential election, though America grants me both suffrage and safe harbour, my American Muslim ballot has nowhere to land.