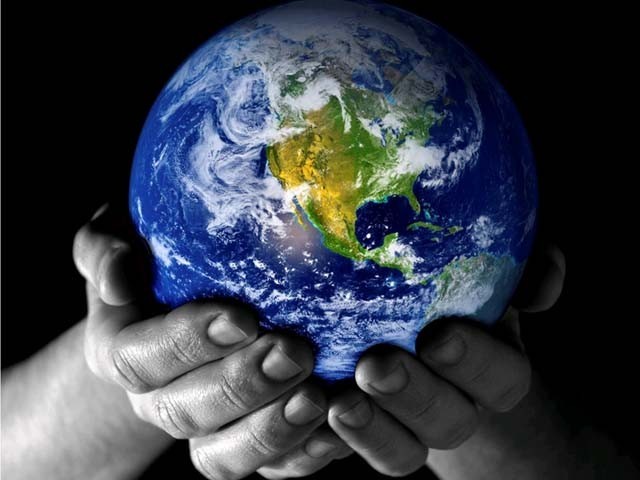 The modern phenomenon which allows multi-nationals to romp unhindered across nations is due to technology and education propelled by globalism.PHOTO: TWITTER

Although globalism itself remains safe from doomsayers, they have started congregating at the gates of globalisation. Take the bogged down Comprehensive Economic and Trade Agreement (CETA) designed to remove 98% of trade tariffs between Canada and the European Union (EU). It was stuck there by the dissenting voices of three of Belgium’s French-speaking regions. Consequently, Belgium had to withhold assent, thus preventing EU unanimity, a prerequisite for ratification.

Together with PM @JustinTrudeau, we think Thursday's summit still possible. We encourage all parties to find a solution. There's yet time.

Le Soir, one of Belgium’s major newspapers, carried the headline The UE-Canada Summit is still possible. According to Canada Broadcasting Corporation, the president of the European Parliament, Martin Schulz, talked of postponement. Get set for the long haul, if at all.

CETA is a symptom of disillusionment with and suspicion of globalisation as a manifestation of globalism. Discussing the decline of globalisation has blurred the line between globalisation and globalism. The suffix ‘ism’ implies a distinctive doctrine, cause, or theory and ‘ation’, something connected with an action or process: the ‘what’ and then the ‘how’. Global is what relates to and involves the whole world—worldwide. Globalism theorises the liberal movement wishful of open borders, free trade, and humanitarian interventionalism. It questions the value of the nation-state and is sensitive to any resistance to its total adoption, especially from the US. Actually, the US doesn’t mind globalism as long as it sits in the driving seat. To globalise is to make something affect the entire world and globalisation is the process of accomplishing it. Theodore Levitt, a Harvard professor, is generally believed to have coined the term “globalisation” in his 1960 article, Marketing Myopia, published in The Harvard Business Review.

Globalisation’s success was based on free trade, limited by direct or indirect measures to protect national interests or for greater gain. Accordingly, the US stuffed its subsidised farm products down Mexican throats. By forcing through its patent laws, the US prevented the pharmaceutical industries of BRICS from freely accessing the American market. In rejecting the European Constitution, EU member countries recognised the reality of national sentiment among their constituents unwilling to share sovereignty with Brussels. And then, of course, along came Brexit.

The reality of globalism will endure. The interdependent management of climate change will ensure its shelf life. The thorny issue cannot be addressed without interlocked global ties and policy. The vested interests of globalism’s actors had started stretching its limits. The ‘world’ has come to mean the west and its allies under the aegis of the US. Yet, overextending militarily, mismanaging economic challenges and the rising strength of other nations have reduced some of the US’ power projection and started structuring an international aristocracy of leadership. Protégés have started shopping.

Philippines President Rodrigo Duterte flamboyantly announced his country’s “separation from the US” on October 20 at an economic forum in China. His spokesperson further clarified that Mr Duturte wanted to “separate the nation from dependence on the US and the west and rebalance economic and military relations with Asian neighbours”. At the least, the Philippines might be able to upgrade its status as a glorified brothel for the US military. He followed this up with a call on October 26 for American troops to leave his country in the next two years. Expect other ‘client’ nations to follow suit, further encouraged by Russian resurgence, another angle to the Russo-American tussle in Syria.

CETA, Canada’s discreet flanking move on American interests in the EU was seven years in the making. Were CETA to finally conclude successfully, it would put Canada and the US head to head in the EU where the US, having lost its prized Trojan horse to Brexit, is already weakened. However, Prime Minister Trudeau is not finished yet. Canada will continue to wriggle into the US’ commercial playing fields. Much the same as the US, while the sun was setting on the British Empire. After all, Canada outsizes and outshines the US in territory, quality of life, and an educated and productive workforce. It owns prize strategic raw materials such as uranium, cobalt, nickel, zinc, copper, gold, iron ore and its oil reserves are the third largest in the world. As Australia gains confidence – it, too, will follow in Canada’s footsteps.

Hardly surprising, then, that Hillary Clinton and Donald Trump are not admirers of globalisation though they might tolerate American-led globalism. At their core, they are globalists in word but protectionists in deed. The US’ Cold War policy assumed that people would choose trade which would usher in prosperity. The effects of this estimation can be seen in the success of the East Asian Tigers’ erstwhile coattail economies. The overestimation is manifest in the Middle East and Africa where instability comes from sources other than economic deprivation. Trading blocs became a trend, eroding the sovereignty of member states. While the elite were discussing trade and social welfare over caviar and champagne, they discounted the historical effect of a nation state on the mind-set of its citizenry.

Protest groups flitted on the political horizon, but were brushed aside as marginal. Their populism has started challenging the comfort zone of the political establishment. Then Islamic State appeared and since then refugees have been pouring into the European Union, threatening the roots of asylum policy. Years of lurking fear and restlessness shot to the political surface in a wave of militant identity politics which have legitimised the extreme right. Minorities of all hues now risk their status under ideological rebranding. And the UK has shown the way. There is a tendency to oscillate from one extreme to another. Just because globalisation has reached its frontiers is no reason to swing the opposite way. Thinking in terms of opposed absolutes rather than ploughing the fertile ground between them is limiting, to say the least.

After all, globalisation has achieved undeniable positives for mankind. Due to more and available information, there are more choices and greater opportunities. There is growing cosmopolitanism among youth and communicable diseases and global poverty have been reduced. But there are also alarming reports of a widening disparity between rich and poor within and among nations. The world economy does not reveal an upswing, the crisis of confidence among emerging economies is growing, vehement extremism is taking hold and hard-core populism is besieging weathered democracies.

Despite this, globalisation will not disappear. Even centuries before the Christian era, trade flourished between India, the Middle East, and Rome. The modern phenomenon which allows multi-nationals to romp unhindered across nations is due to technology and education propelled by globalism. And globalism’s dream of a multicultural global village of peace and harmony will continue to titillate the imagination. The ideas of globalism will either resurface as such or in a rebranded form.