Is it too risky to host the Pakistan Super League final in Lahore? 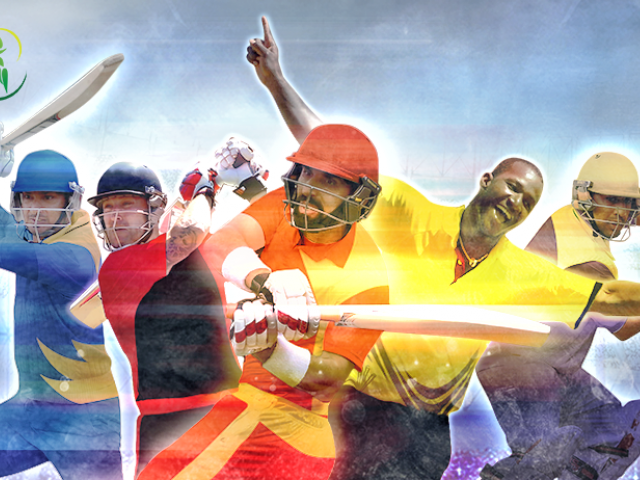 As a cricket crazy fan, I could ask for nothing more but to watch the athletes I idealised growing up playing just meters away from me. PHOTO: PSL FACEBOOK PAGE

“A dream is only a dream until you work hard for it, because when you do, the dream becomes a reality”.

In February, 2016, one such dream became a reality; the Pakistan Super League (PSL) was finally a force to be reckoned with. What former Pakistan Cricket Board (PCB) Chairman, Zaka Ashraf, saw only as a probability became a reality with the efforts of Chairman Executive Committee, Najam Sethi, and his team.

One of the main reasons as to why the PSL came into being in the first place was as a strategy to attract worldwide attention in the hopes that inaugurating a league of such high standards would eventually open the doors for international cricket in Pakistan. But that wasn’t to be; at least not after the first edition. Dubai witnessed the first ever ball being bowled by Quetta Gladiators’ very own Anwar Ali and it was Dubai that witnessed Misbah’s ecstatic Islamabad United being crowned as PSL champions.

Almost a year later, after the remarkable success of the inaugural edition of the PSL, the world is all set to witness the league’s second edition which promises to be much bigger and better than the previous one. The recently conducted PSL draft saw a total of 34 foreign players being picked up by five franchises which included the likes of Sri Lankan great Kumar Sangakkara (Karachi Kings), prolific England batsman Kevin Pietersen (Quetta Gladiators), West Indian ‘champion’ Chris Gayle (Karachi Kings), former New Zealand skipper Brendon McCullum (Lahore Qalandars), current English skipper Eoin Morgan (Peshawar Zalmi) and the flamboyant all-rounder Shane Watson (Islamabad United) amongst other stars.

The most appalling event of the evening, however, was Sethi’s rather unexpected announcement of holding the all-important final in Gaddafi Stadium, Lahore. If things go according to plan, having the final played in Pakistan may well open the doors for the revival of international cricket after a barren run of seven years following the attack on the Sri Lankan team in 2009.

Practically speaking, is playing the final in Lahore really worth the risk? To answer that, lets roll back the times a bit, a year and a half to be exact. In May 2015, the Zimbabwe national side visited Lahore for a three match ODI and a two match T20i series against Pakistan. Many people (including myself) were of the idea that the tour was too big a risk to be taken at that point in time. But honestly speaking, it paid off. Cricket hungry fans (myself included), could finally watch international matches live in a jam packed cricket stadium after a period of almost seven years.

I distinctly remember how the roads would be entirely blocked by police officials approximately 20 to 25 minutes before the team bus had to pass through the streets, in order to reach the Gaddafi Stadium. Like many, I too, was surprised at the level of protocol the Zimbabweans were given. The way the players were treated showcased how compassionate and hospitable the people of Pakistan really are. They were treated like brothers rather than guests and the scared, doubtful individuals that landed at the Allama Iqbal International Airport on May 19, 2015, returned home safe and secure; carrying a positive image of Pakistan just 11 days later.

The rumour mills have all started to heat up ever since Sethi’s unexpected announcement and, according to numerous credible sources, the board is planning on giving each foreign player that takes part in the final encounter in Lahore a cash prize of approximately $20,000 as incentive. For the board, paying such a hefty amount of money to six or seven players will not be a burden as long as the cricket grounds are filled once more. The passionate Pakistani people coupled with the excited authorities will do whatever it takes to see stadiums come to life again.

Realistically speaking, managing this ‘tour’ will not be an issue for the security forces of Pakistan. Both, the police and the army, have dealt with situations far worse than this and considering that the stay will be very brief (counting to about 24 hours), a day of hard work is the least the officials are willing to do for the sport they love.

We all can sense what Sethi has in his mind. He knows that today’s struggle will eventually lead to tomorrow’s success. Today it’s Lahore, tomorrow it might be Karachi and before we know it, the general public could start witnessing the beauty of international cricket live throughout the country and honestly, as a cricket crazy fan, I could ask for nothing more than to watch the athletes I idealised growing up playing just meters away from me, giving it their all to be crowned the second ever champions of the PSL.