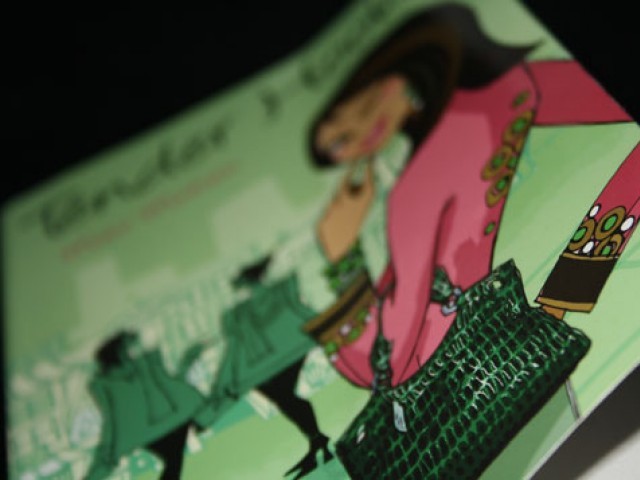 The hilarious follow up to "Diary of a social butterfly"

Don’t get the wrong idea. Aunty Pussy is just the title character in Tender Hooks, a book I just read – and what a crazy read it has been.

This little paperback is a piece of work that’s sure to be misunderstood on many levels. I’m not what you call a hardcore reader (I manage to consume one or two titles a month) but this is surely the finest example of “don’t judge a book by its cover” on my bookshelf. At first glance, one co-worker described it as a Pakistani erotica. Another thought it to be an attempt to “undermine Pakistani culture”. A third friend thought it was a romance novel.

I didn’t know what to expect but had mentally prepared myself for chick-lit. What I found instead was something rather surprising.

The book is a follow up to Moni Mohsin’s Diary of a Social Butterfly. This time Butterfly is out on the prowl for Aunty Pussy’s future daughter-in-law. In between the funny first person narrative, author Mohsin manages to slip in razor sharp shards of satire striking at Pakistani high society.

The narrator’s character is an archetypal Lahori socialite who knows more than she comprehends. Her attempts at appearing cultured and ahead of the times unravels as a wonderfully crafted critique of the aspirational  Pakistani nouveau riche.

The story is full of hilarious intentional misspellings that mirror the misunderstandings that come forth in the classic ‘monkey see monkey do’ scenario. Time and time again, I had to stop myself from laughing out loud at this strangely funny book.

However, the humor was bittersweet, as I realised that the book was an exaggerated portrayal of an actual community.

With the flip of every page, the novel maintains the delicate balance between the expectations and aspirations of the ‘elite’ in Pakistan and manages to amuse even the harshest of sceptics (in this case- me).

In between kitty parties, Taliban bomb scares, lavish wedding receptions and scenes straight from a Star Plus drama was the interconnected social world of Lahore. I’ve never read anything funnier (or scarier) from a local author.