Is Pakistan in danger of becoming a Chinese colony? 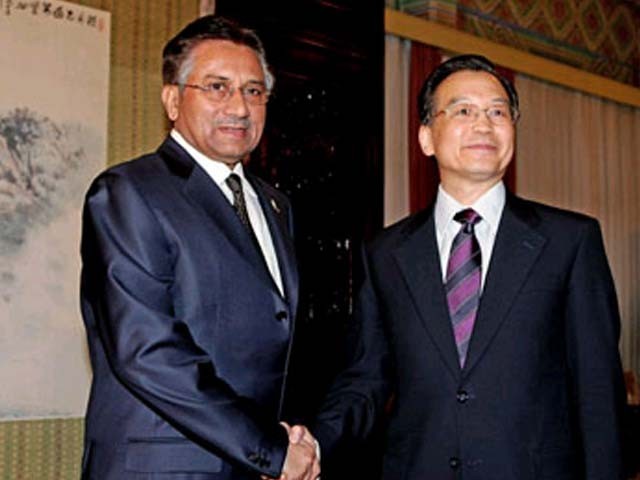 I remember driving through Mall road with my family in 2005, overjoyed to see banners in red, yellow, green, and white hanging above my head in all their glory. Lahore seemed cleaner and quieter than usual, with the exception of the words “Pak-Cheen Dosti” splattered in bold colours everywhere I looked.

Billboards were decorated with flamboyant colours and disproportionate faces of Pervez Musharraf and his Chinese counterpart Wen Jiabao, signifying the year when China and Pakistan signed the China-Pakistan Friendship Treaty. It was a historic moment for both the countries; everyone welcomed China with open arms thinking Pakistan and China were meant to be together as friends, business partners, and strategic allies.

However, 11 years later, Senator Tahir Mashhadi, chairman of the Senate Standing Committee on Planning and Development is heard saying,

“Another East India Company is in the offing; national interests are not being protected. We are proud of the friendship between Pakistan and China, but the interests of the state should come first.”

How did we get here?

Is this just a fear-mongering rhetoric by a senator or is there legitimate concern that China will take over Pakistan?

Has Pakistan come under the influence of China to an extent that it may become a Chinese colony in the near future?

Most importantly, is Pakistan’s sovereignty being undermined by China?

We look at this through economic and political lenses of analysis. Historically, China has always been a strong strategic ally of Pakistan. Military relations have been sustained with Chinese assistance in developing Pakistan’s defense infrastructure and strong military assistance in the region. There is nothing new about the kind of military support China has provided Pakistan, but its use in diplomatic relations between these two nations has been significantly enhanced.

China attempts to maintain regional peace and security in order to pursue its economic stipulation through the “One Belt, One Road” initiative, that has now translated into the $51 billion dollar investment project called China-Pakistan Economic Corridor (CPEC). For China, this is one of the many economic expansion plans it is enforcing to increase its global growth as seen with the rise of Chinese investment in Africa and East Asia.

Secondly, from China’s perspective, the rising notion of separatism within its Uighur Muslim minority is a serious concern. China is wary of claims that the influence of terrorism from across the border is increasing in the Uighur community and may be credited for the rise in incidents involving terrorism in the region of Xinjiang. President Xi Jinping’s reign has allowed China to play an active role in maintaining peace and stability in Afghanistan and Pakistan with regards to terrorism and insurgency. China’s strategic alliance with Pakistan stems from its interest in maintaining peace within its Uighur minority while also maintaining uninterrupted trade routes through Central and South Asia.

The word colony symbolises the weakening in power of a country to make sovereign decisions for itself, and it is an absolute subordinate of a hegemonic state. In Pakistan’s case, there seems to be no evidence that China is directly involved in decisions of strategic political importance or decisions that go against our national interest. It may be increasingly active in pursuing a notion of peace in the region, but it does not necessarily mean that it is using a political lobby to make decisions for Pakistan. Despite critics eyeing the rise in Chinese influence in our country suspiciously, CPEC plans on revolutionising Pakistan’s economy by providing 700,000 domestic jobs, 10,000 MW in hydro energy and an expected 1.1 percent rise in GDP by 2018 alone.

All proposals by the Chinese government pose equal or even greater benefits for Pakistan.

Such examples of international economic cooperation include the European Union, none of whose members are colonies of each other. United States and Mexico’s economic partnership with NAFTA has stipulated Mexico’s economy in the recent years without Mexico submitting to the United States as a colony. If anything, China is determined to stabilise Pakistan economically as well as politically like we have never seen before, and Pakistan needs this support to maintain its strategic importance in the world as an emerging economy as well as key player in international affairs.

In contrast, the questions raised by sceptical Pakistani economists and critics cannot be simply waved away as false claims or a cow’s opinion or even conspiracy theories by our archrivals. It is true that a trend of reverse globalisation is being noticed in the world that began with Brexit earlier this year. Britain breaking off from the European Union and American political viewpoint (case in point: Donald Trump) echoing views of economic separatism may suggest that countries are becoming increasingly aware of their potential as nationally regulated economies as opposed to neoliberal ideas of sustaining a globalised economy.

Pakistan needs to establish parliamentary oversight of CPEC and use its strategic ties with China to ensure that the project is streamlined, without Chinese influence spreading into our political decision-making bodies. “Pak-Cheen Dosti” should be seen as a strategic partnership that upholds strong diplomatic, economic and military relations for Pakistan, and should be welcomed with open hearts as well as open eyes.

The author is a student at California State University in Los Angeles and an Alumni of Beaconhouse School System. She is an award-winning public speaker with a keen interest in Public Policy and international Affairs. She tweets @rainaiqbal

Punjabi is a regional language not a form of hate speech, Beaconhouse