How to protect our kids in the age of technology 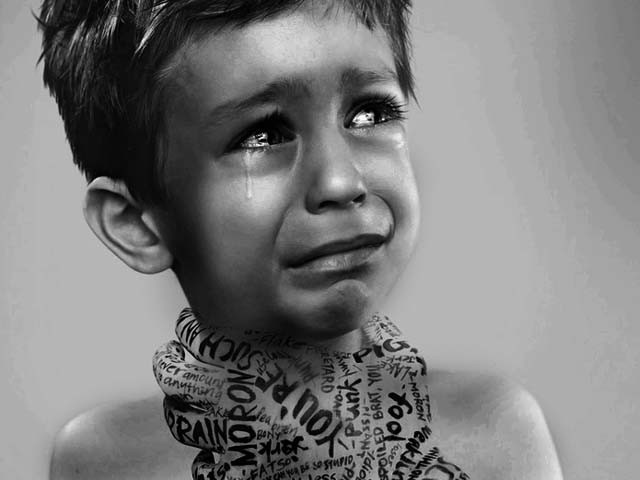 The kid was too young to understand the consequences of revealing personal information to complete strangers. PHOTO: REUTERS

We are living in chaotic times. We are all exposed to different kinds of threats every time we step out of our homes, especially when it comes to our children. Recently, there has been an increase in child harassment and abuse cases. Before, such incidents were reported frequently in the rural areas of Pakistan. But now the problem has shifted to major cities, and a sharp rise in abuse related cases can be duly noted. Families affected by these cases rarely report them, but social media has played a crucial role in highlighting these issues and creating awareness.

In light of such happenings, there are a few precautions that we can take to keep our kids/siblings/kid cousins safe from predators and unforeseen dangers:

1. Avoid sending your children unaccompanied with your drivers and domestic help only. A parent or grandparent should be present during the commute. No matter how trustworthy and aged the domestic help is, predators come in all shapes and sizes, and belong to all age brackets. Quite recently, I came across a private Facebook post where a lady named Nadia came across a driver who was busy verbally abusing his employer’s daughter (a young girl). Not only did she get out of her own car and tell him off, with the help of another gentleman, she called the girl’s father and had the driver fired that very moment. Her story has now gone viral on the social media. Blind trust should never be an option, and a busy work routine should never be an excuse.

2. Avoid giving personal cell phones to young kids. You never know when and how they get trapped in a vicious web where scare tactics and incentives are enough to keep them mute. Our contact details are often shared by certain businesses to marketing companies from where we get loads of text messages and calls. A young kid with his/her own personal cell number is exposed to such strangers at any given point in time. I have personally seen kids becoming social recluses and increasingly aggressive in their behaviour due to technology.

This friend of mine is a banker by profession. Both, he and his wife, have day jobs and the only time they get to spend with their kids is when they are putting them to bed. They had provided their daughter with a phone so that she could keep in touch with them while they were away. Little did they know that she had started receiving calls from telemarketers who wanted to know what her parents did for a living and where they lived. The kid was too young to understand the consequences of revealing personal information to complete strangers. The parents were lucky enough to find out about the communication before it could lead to an incident. Since then they have made some amendments in their work routine and the wife does a part time job so that she can be with her young one after school hours.

3) The concept of a “good touch” and a “bad touch” must be taught at a very early age. Toddlers often get abused easily; firstly, because of their innocence and secondly, because of the trust they bestow upon familiar faces. There are several related tutorials available online.

4) Get close to your young ones. Discuss their friends and their life issues in a comforting manner after taking them in confidence. Once an element of trust is created between you and your child, there will never be any secrets and they will be able to come to you when times are rough.

5) Train your kids in the art of self-defence (if possible) or at least teach them how and when to get out of messy situations. There are certain trainers who provide martial arts and self-defence training to both children and older people. The National Coaching Centre runs such a program, while most schools offer this as an extra-curricular activity.

6) Slumber parties are a big NO. That’s where all the trouble starts. Kids love to try new things and seek thrills in dares.

7) Keep a strict check on your child’s online activities especially when they are interacting with strangers on social media. YouTube, Netflix, and other online platforms have a few options that can keep questionable content out of a child’s reach. Sana teaches at a well-known private school of Karachi. She was shocked to hear the stories that her fourth graders told her, the kind of content they were being allowed to view on TV and the frequent usage of cuss words, all learnt from watching certain TV shows at home. Parents are apparently not at all bothered in this regard.

8) Don’t put your child’s picture on display, especially on public forums. You may never know when someone could use it for the wrong reasons. There are entire companies dedicated to providing ‘content’ to the ‘child pornography industry’ and their easiest source is the social media.

9) If your child complains about a close relative behaving inappropriately around them, take immediate notice instead of snubbing him/her. No matter how taboo it sounds, a mother or father must never ignore their child’s complaint even if it is against a blood relative. The recently concluded TV drama Udaari was an eye opener for parents who knowingly or unknowingly try to avoid discussing the taboo subject of child abuse at the hands of a close relative. Raeid Arshad, the founder of Community Service Initiative, a group formed to act as a bridge between the Sindh police and the residents of DHA, Karachi, had shared cases where children from elite families were victimised by someone within their own family. In most cases, the victims were snubbed by the parents – leading to situations becoming uglier.

As parents, brothers and friends, we need to be vigilant and responsible towards our children. These young minds are our future and it’s their birth right to grow up in a safe and conducive environment. With so many reported and unreported cases of child abuse taking place in society, it’s now important to be aware and informed more than ever before.