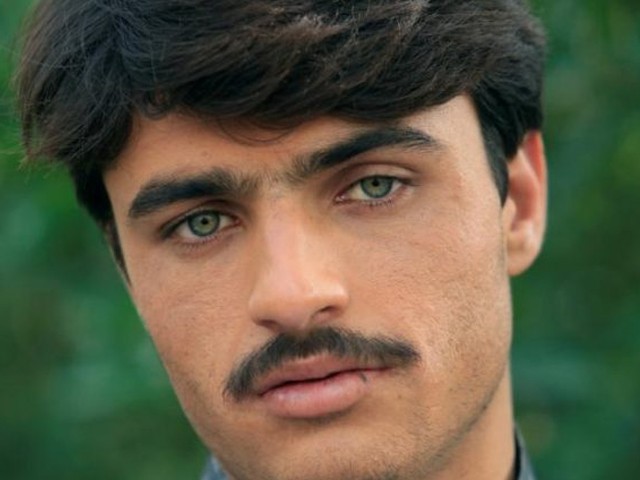 Irony just died a few deaths. At a time when Indian women and their aunts are wondering whether or not to publically lament the ‘ghar wapsi’ of the original heart throb Fawad Khan, another man has caught their fickle fancy. And as the crow flies or rather the Sada-e- Sarhad bus plies, he couldn’t be geographically closer but those miles today are politically insurmountable.

An Indian friend married to a Pakistani once told me, the Pakhtun shopkeepers are finer than the work on the famous Afghan carpets they sell. Now I know what she means, as do most of the ladies around me, it seems. Eighteen-year-old Arshad Khan was only selling tea at some obscure stall, but we made a gourmet meal of staring at his picture. The teenager became an internet sensation even in India, where the only ‘chai pe charcha’ these days is whether Karan Johar’s film Ae Dil hai Muhkil will release peacefully.

When it comes to India-Pakistan relations or the lack of it, the only stability is the persistent need to be one up, even if it’s something as frivolous as looks. We have always exulted in our soft power, but there is a reason why those piercing blue eyes were trending even on our side of the border. Sadly, many have forgotten what it is to take something at ‘face’ value, just smile and move on.

‘Dear India this is a Pakistani chaiwala’, didn’t miss its mark and clearly in the battle of the chaiwalas, erstwhile or present Arshad Khan’s looks win handsomely. But social media isn’t a place which lets an opportunity pass. So, inevitably pictures of Prime Minister Narendra Modi as the ‘chaiwala who stormed Pakistan recently’ soon made their way. The flipside, we are now being inundated with pictures of the ‘parking-wala’ and the ‘gate-wala’!

A cobbler (mochi) in front of Quaid-e-Azam University, Islamabad. Not only #ChaiWala, every poor person should be treated as VIP. pic.twitter.com/Eu5VKyooq4

If the reaction in the Indian media was anything to go by, Arshad Khan may already be on his way to becoming the new Khan on the Bollywood block. He was front page on most news websites with his Frank Sinatra-esque ‘ol blue eyes’ very hard to miss, so much so that there have also been several opinion pieces on him. With his popularity bonding the frenemies, I don’t blame third parties for wondering if there has been a thaw between the two countries.

‘Was Arshad Khan considered as hot as the tea he served only because he was a poor fair and lovely man?’ ‘Was this the elitism of the social media users?’ roared news articles. I am not sure, that’s how I saw him because not all Bollywood superstars were born rich and neither do our supermodels all speak impeccable English. This boy has an old world Hollywood charm to him, but hopefully it wasn’t just trick photography. In the first photo, after the world discovered him, he seemed to be part of a very forgettable lifebuoy soap advertisement!

A poor chaiwala with fair skin and blue eyes got a modelling contract for being fair with blue eyes and we wonder why Fair & Lovely sells.

In recent times, social media in India at least has led to an upsurge in neo-feminism, wherein everyone has an opinion and is outraged at everything and anything without giving any solutions. This nondescript handsome boy has probably tested their reserve. Many are questioning if the paeans sung about his gaze are not objectifying a person, then what is?

In an age when Kangana Ranaut became an overnight feminist icon simply because she had a public personal spat with actor Hrithik Roshan, Arshad’s innocence may yet be exploited and his awkward uneducated stance could just make him a one picture hit. But with the shoe on the other foot now, there will always be questions on whether this is reverse sexism? Unless, as someone argued on Twitter, women have been assaulted and exploited for so long, that it probably justifies this ogling.

I grew up listening to tales of the charming Imran Khan and his charisma that allegedly didn’t even spare Zeenat Aman, who was the top Bollywood actress in those days. But his time was different; Imran was already a cricket icon. Arshad Khan on the contrary has nothing going for him, except a picture. For now, he has said no to movies and that is good timing because Karan Johar and the rest of Bollywood can ill afford to even glance his way, let alone at those blue eyes!

But the only constant about time, is that it always changes and fame, money can be a heady learning curve. If Arshad makes it despite all the scrutiny and temptations his rags to riches fairy tale may inspire awe equally, both sides of the border. Else, we will still remember him as the boy who defied our common blues, even if it was for a day.