Uncle Sam on Egypt: The truth in the rhetoric 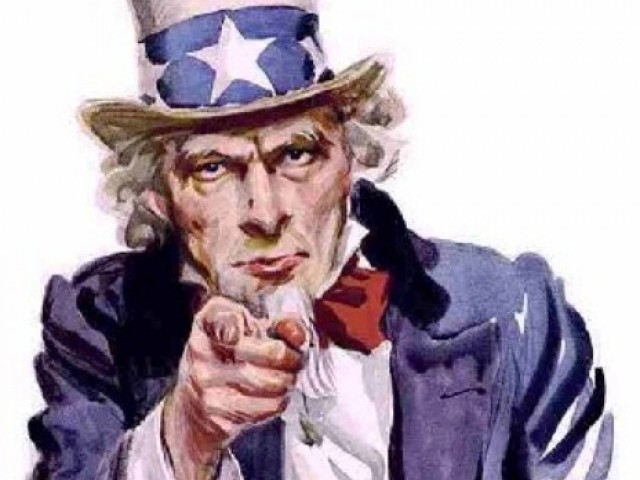 Uncle Sam has a long history of supporting regime change.

The Egyptians are unhappy with Mubarak and the Tunisians have already rid themselves of Ben Ali; the Jordanians succeeded in pushing their monarch and the Yemenis are demonstrating against their long-standing ruler.

There finally is some life in the corpse that has been the Muslim middle-eastern polity. Nonetheless, none of these ‘revolutions’ would have been possible without the tacit approval of the US, that bi-polar policeman of a uni-polar world.

Uncle Sam tells you what you want to hear

Uncle Sam has a long history of supporting regime change in various parts of the world from Cuba to Iran, Iraq and Pakistan as well as Egypt. There is always a catch though – the support of populist movements by the US is often clothed in idealistic rhetoric but the rationale is always underpinned by realist political thought.

The talk coming out of the White House, at least from President Obama, ticks all the boxes that would thrill an idealist:

Power to the people? Check.

Respect the human and political rights of protestors? Check.

Look again though, and you will see Hillary Clinton piping up with a different tune: that America would be unhappy with an Islamist or rightist movement coming into power in Egypt. Now, I would be the last person to argue for an Islamist government based on my political leanings but I find it unproductive for the United States to say one thing and mean another.

Such realpolitik may have been acceptable in an era when the average citizen was less aware and had less access to media, but not today. When an Egyptian sees the US president’s support for their freedom movement to rid themselves of a despot, he also hears a pre-emptive judgment passed by Clinton, on who the US would not want to see filling that power vacuum.

Egypt should decide, not America

Egypt has had a long history with the Muslim Brotherhood and regardless of their social agenda (which I do not agree with, and which has softened over the years), they have contributed to the uplift of the Egyptian society.

They have made and manned hospitals and schools in areas where the government was absent and have consequently earned the goodwill of the people. If there are free and fair elections, and the Brotherhood is the choice of the Egyptian people, then that should be good enough for America. Realpolitik substantially harms the goodwill that the people of these countries may or may not feel for the US.

Over the years, be it Mossadegh or Allende, the United States, in terms of tangible action, has compromised idealist rhetoric at the altar of realist political expedience. They do want democracy, but only if those parties are in power who align with their political ideology.

Practice what you preach

Consequently, the Justice and Development party (AKP) in Turkey raises eyebrows in the US but a ‘liberal dictator’ like Pervez Musharraf does not claw at the conscience of the American political machinery. What they need to do is abandon their political equivocation and align their actions with their words. They need to do more to win the “hearts and minds” of the world – the Muslim and Arabs in particular.