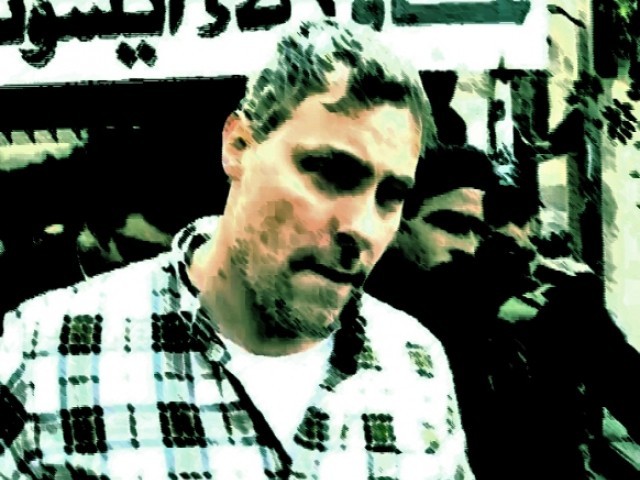 Davis' identity is still being debated.

On January 27, when American national Raymond Davis was arrested for shooting and killing two Pakistani civilians on a busy road in Lahore, he identified himself as a diplomat. Following this lead, the media initially dubbed Davis as a diplomat; he was then called a consular employee and finally, some reports claimed he was a civilian visiting Pakistan on a business visa.

The US State Department has not divulged much information regarding his identity. On the day of the incident, Assistant Secretary of State Philip J Crowley refused to discuss Davis’ identity and only referred to him an employee at the US Consulate in Lahore.

After the Lahore police conducted an investigation into the matter, Davis was remanded for six days in judicial custody. This development triggered the debate on whether or not Davis enjoys diplomatic immunity as expounded in the Vienna Convention on Diplomatic Relations.

As a diplomat, Davis enjoys immunity

The convention is a multilateral treaty that governs the principles of diplomatic relations between the independent countries. Generally, diplomats and their families enjoy blanket immunity from the criminal and civil jurisdiction of the host country under the Vienna Convention on Diplomatic Relations. According to various news reports, it has been confirmed that Davis doesn’t fall in the category of a diplomat since he was said to be a member of the consular staff. If this is indeed true, then there is a separate multilateral treaty called the Vienna Convention on the Consular Relations which applies to consular relations between countries.

Was he acting as a consular officer?

Unlike the Vienna Convention on Diplomatic Relations, the Convention on Consular Relations doesn’t provide complete immunity to consular officials; this immunity is limited to apply to an official only during the course of his duty. It has been said that at the time of the shooting, Davis wasn’t exercising any consular function.

Several courts in the US have interpreted the scope of ‘consular function’ quite broadly as it is a fact based term. In one of the well known cases, Commonwealth v Jerez, the US court held that a consular officer charged with assault and battery of a police officer was immune under the Consular Convention because at the time of the act, the consular officer was going to attend a cultural function. Hence, he was performing a ‘consular function’.

It is yet to be determined whether Davis was actually performing the ‘consular function’ at the time of the crime or was conducting private business. Regarding consular immunity from criminal offences, Article 41 Section 1 of the Vienna Convention on the Consular Relations states that a ‘consular officer shall not be liable to arrest or detention pending trial, except in the case of a grave crime…’

‘Grave crime’ is again an expansive term. Although any reasonable person can conclude that there is nothing graver than taking someone’s life, there are certain exceptions such as self-defense which have been invoked by Davis. The Pakistan Penal Code sections 96-106 deal with the issue of self-defense. Section 100 mentions cases in which the right to self-defense resulting in death can be exercised:

The right of private defense of the body extends, to the voluntary causing of death or of any other harm to the assailant, if the offence which occasions the exercise of the right be of any of the descriptions hereinafter enumerated, namely

1. Such an assault as may reasonably cause the apprehension that death will otherwise be the consequence of such assault;

2. Such an assault as may reasonably cause the apprehension that grievous hurt will otherwise be the consequence of such assault…

Under Section 100 Davis, has a plausible claim that he acted in sheer self-defense because the armed men tried to rob him. However, there are still certain factual questions that remained unanswered:

1. why was a consular officer carrying a gun? A diplomat is allowed to carry a gun only when the host country exclusively permits it.

2. the other thing that raises questions is why weren’t Davis’ identity and job status released earlier.

According to the latest reports, the US government has claimed that Davis had diplomatic status, and is therefore immune from local (Pakistani) jurisdiction. The local media, on the other hand, is brewing its own conspiracy theories about the murky affair.

It is apt to note that the concept of ‘diplomatic crime’ isn’t new. Several diplomatic officials in the US have committed serious crimes (including killings) but get away under the cover of diplomatic immunity. If the US government claims diplomatic status for Raymond Davis, bound by the rules of Vienna Convention on Diplomatic Relations, Pakistan will have to release him.

In such a case, the most Pakistan can do is to declare Raymond Davis persona non grata under Article 9 of the Convention. This means that as a ‘diplomat’ Davis would no longer be welcome in Pakistan, and the US government would be expected to recall him and cancel his mission.