My body is not an object, breast cancer is not a joke 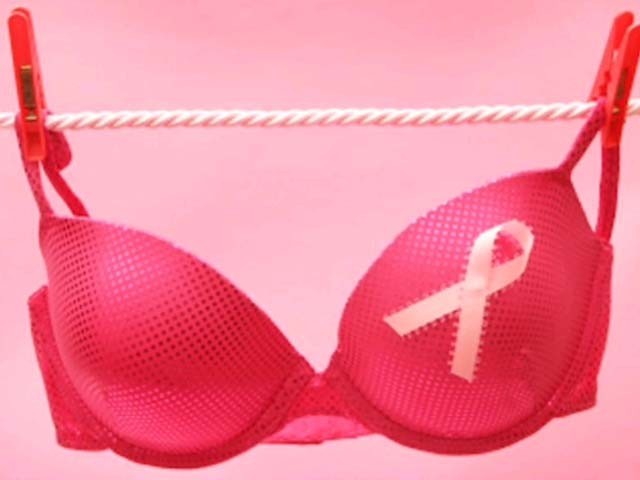 I knew that I had to address it in some way or the other because awareness has the power to bring about change. PHOTO: TWITTER

There was a time I believed that campaigning for a cause never really achieved much. But once I stepped into my university, I came to realise the level of ignorance around me regarding topics as common as cancer and abuse, and I acknowledged that there was a dire need to educate the masses – before taking any other steps. However, even this task isn’t easy considering that people will consequently avoid or have close to no interest even if any such campaigns are set up.

I personally witnessed such a reaction, and I was outraged. I ended up steaming it off as a regular Facebook post rant:

Luckily this occurred in the month designated to breast cancer awareness. And it strongly merged with the social platforms which were already doing their part in raising awareness.

I didn’t expect the response that I got. Fortunately, most of it was positive feedback. Many people relayed stories of losing their loved ones to cancer, and the emotional turmoil that followed.

What many failed to understand was that this was no rant against men. I may be a feminist, but this rant wasn’t just because of gender. Only a part of it can be tied to gender; the ratio of men to women that mock cancer because it’s associated with a sexual organ is extremely low. Aside from that, my point was focused on the fact that we as a society have normalised jokes on issues as serious as this.

Numerous men commented on how it was wrong of me to eavesdrop on a conversation that I was not a part of. Many claimed that boys will remain boys, and that the public should not be concerned about private jokes. This made me realise just how unaware our society is.

Secondly, I don’t think these boys understand that men can also get breast cancer.

Their conversation was morally incorrect on every level possible. I knew that I had to address it in some way or the other because awareness has the power to bring about change. There were four men, six feet tall on average. Next to them, I was a little girl standing at 5’1”. What right did I have to tell them what to say or not say? But I did, because everyone can and should be given the right to educate those around them.

Now I know that even a single post can make a difference; one voice can illustrate the magnitude of an issue.

Many people say that actions speak louder than words, but I think talking about an issue, making people aware of the severity of breast cancer is already doing something. It may be a small step, but I urge and encourage everyone to take their own small steps towards educating those around them about breast cancer. Being able to change even one person’s perspective is an achievement. We need to value just how important it is to make a difference on an individual level and recognise that this is not a mass conversion; this is educating – one person at a time.

The author a biosciences student. An artist and writer by passion. Five words that she identifies with are pisces, rootsian, pakistani, feminist, and paradox. She loves to travel.