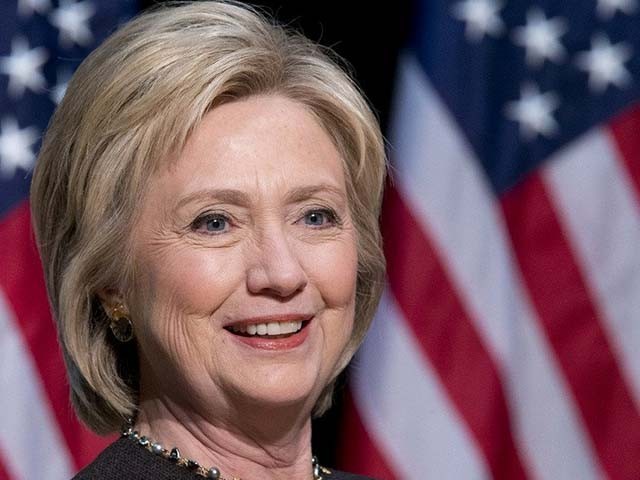 The female populous should be rejoicing, it’s taken far longer than warranted for a woman to get this close to the oval office. PHOTO: TWITTER

When Barack Obama was elected as the President of the United States, I remember watching in awe; not just because of his oratory skills, but because there was finally a black president. Eight years on, this is another historic moment, because for the first time the United States stands to have a female president.

The female populous should be rejoicing, it’s taken far longer than warranted for a woman to get this close to the oval office. But rather than rejoicing, I find myself recoiling time and time again. Post yesterday’s debate, opinion polls pit Hillary as the winner with 52% of the votes – but to be honest, that’s pretty dismal given her opponent. I won’t even bother addressing his flippant foreign policy statements or his tax evasion; what I find myself routinely disgusted by, on a very fundamental level, are his derogatory, misogynistic remarks about women.

Women have come out with stories detailing his abuse, and not just his ex-wife in her biography; a journalist who sat on a plane next to him has openly spoken of his mistreatment towards her while seated next to him. Mr Trump shows no respite for his actions, and is blatantly accused of showing complete disregard for a woman’s access to public space. It’s a case of his wealth and his ‘manhood’ elevating him above her. Still, there remains a whopping 40 something percent of Americans that could potentially vote for him. The Republican Party toting all their conservative, Christian family values has let him get this far.

Donald Jr defended his father in public saying that his derogatory comments about women should be accepted, and people should dually have sympathy for him and identify with him because it made him ‘more human’. To view half the population as less than you, to objectify them and make inflammatory comments about them is far from humane – it’s the opposite.

The often repeated dialogue of wondering how he would feel if it was his daughter, mother, wife shouldn’t even matter – to be honest I find that argument a little ridiculous, you shouldn’t have to situationally contextualise offensive behaviour to realise it’s unacceptable. The measurement of your humanity comes from how you treat those that you have no relations to, proving Trump’s complete lack of humanity. Mr Trump, his family members, and his supporters are normalising the rhetoric and female experiences, that women like Hillary have worked their whole lives hoping to override. We’ve come too far to re-normalise inequality based on gender and allow the flaunting of male privilege on an international reaching platform.

The Hillary versus Trump election however, is also particularly troubling because it makes me realise that while a female President of the United States is possible in the very near future, there are still the Trumps of this world and even more troubling so, those who support them that are openly willing to ignore essentially what is gender based racism. Hillary may just shatter, perhaps what has been thought of as the final glass ceiling, but I wonder for every ceiling shattered if there are people who try and piece it back together.

Although on a more optimistic note, I suppose once something breaks – it can never be quite the same again, despite the attempts.

You can watch all three presidential debates here:

The author studied Political Science, with minors in History and Human Rights at the University of Chicago. She tweets @JoomaZahra