Dedicated writers: The bright side 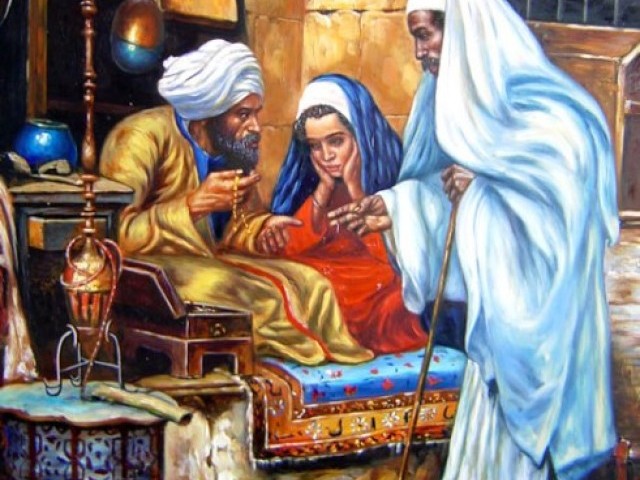 Khurshid Rizvi handed me a 700-page book on pre-Islam Arabic literature he has authored.

The days of calm and peace lie so distant in our past as to be a fading dream. What we have is chaos and anarchy, loot and extortion, theft and robbery, violence, murder and terrorism. Not many days go by without another blast killing many and causing wives to be widowed and children to be orphaned. It is natural for people in times like these not to take life for granted and for the feeling of transience to be heightened.

Such are our circumstances but sometimes one comes across something that makes one wonder how it is that there are still people among us who remain unfazed and dedicated to their work. This week I happened to meet Khurshid Rizvi, the eminent academic and a historian of Arabic language and literature. As a parting gift he handed me a 700-page book on pre-Islam Arabic literature he has authored. Another 500-page volume, he estimated, and he’d be done with the era.

“And then?” I asked in wonder. “Then,” he said, “the age of the Holy Prophet (peace be upon him), the times of the Rightly Guided Caliphs, the Umayyids, the Abbassids and the rest. As the Muslim empire expanded so did the Arabic world. Writing about all that will of course take longer.”

I was bewildered. So even in uncertain times like ours there are people who take up such ambitious projects, planning their work as if they had a century to accomplish it. For his kind of work is not like a TV serial of which you can write several episodes without as much as breaking a sweat; making some money and a name in the process. It is serious research into language and literature. And it is Arabic literature, no less.

My own knowledge of Arabic, and most of my compatriots’, starts and ends with the Holy Quran. Beyond the sacred scripture, Arabic is Greek to us. How many discerning readers is he likely to have in Pakistan (leave alone, for now, the question of any appreciation)? Who will pay for the work? It is the proverbial good deed which has to be its own reward.

But dedicated souls are not distracted by such concerns. Those addicted to work and devoted to scholarship do not think along these lines. Who knows since when he has been at it? And now that the book has been published in such precarious times that most people are more concerned about personal survival and less about pursuits like literature, it should come as no surprise if some miscreant raises the question as to why, while Arabic is sacred to us, he should be focusing on Jahiliyya.

But there is really no telling where one will find people who appreciate serious literature. Just try to guess where Khurshid Rizvi found his fans. At Lahore’s General Post Office. This is where my second amazement for the week lay. Which mailman could have delivered the Arabic literature to the GPO?

A poet, of course, had once been seen at the office but that was long years ago. (A friend, disappointed at not hearing often enough from Zia Jullendhri, wrote him a verse saying: Could it be that my friend no longer remembers me? Or is it just that the post office is not functioning? Zia responded: The postal service is functional; it’s just that the mailmen are barred from certain places.) But there never has been a report since Zia left of the office having anything to do with literature, even remotely. But arriving at the office to a ceremony meant to honour Khurshid Rizvi I found a whole hoard of postal employees of all ranks some reciting verses some otherwise appreciating Rizvi.

I found eventually that Shoaib Jafri, the new principal of the Postal Training Centre, is largely responsible for the turn of events. As a result of his mentoring several people have matured into poets and writers of prose. Every now and then these people invite some writer or the other to a ceremony and with their compliments make it his day. Finding Khurshid Rizvi in their midst the postal officers praised and congratulated him for his research, his contributions to literary criticism and his poetry.

I thought there was no harm in taking the opportunity to mention a complaint writers have long had against the post office. It was about the post office ‘losing’ the books writers mail to their contemporaries and the books and journals they are sent. Is there a way, I asked, to deal with the robbery? I was told that the times had changed. I could mail as many books as I wished and not even bother to send them by registered post. The books would be delivered safely.

Great, I said, so the mailmen have become a pious lot.

“Not quite,” an officer whispered back. “It’s just that the standards of corruption have risen. The books etc that you send no longer tempt the mailmen.”

The revelation came as a relief. So our complaints about increasing corruption as an unmixed evil are not entirely justified. There is, after all, a positive aspect to it.