There’s really nothing about Inferno that warrants a viewing 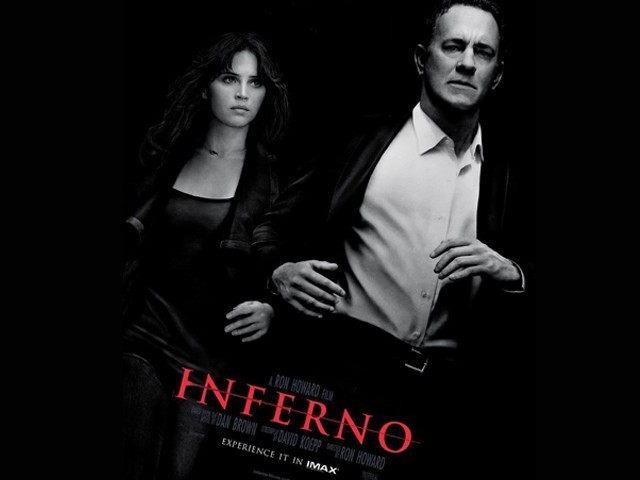 Much has already been said about the literary merits of Dan Brown’s novels, whose success often mystifies critics and people who don’t want to read books where characters talk like expository plot-devices who must explain anything and everything they come in contact with.

But I suppose what even greatly mystifies such people, myself included, is that they’ve actually churned out three big screen adaptations of these books, that are at times the cinematic equivalent of watching someone solving a highly complicated crossword puzzle.

With Inferno, the sequel to 2009’s Angels and Demons you have Ron Howard back behind the camera, and Tom Hanks returning as Dr Robert Langdon, quite possibly the most boring character to ever lead a major franchise. Think Indiana Jones without any of that adventurous side. He is joined by Felicity Jones who plays Sienna Brooks, a doctor who is tending to him at the start of the movie and gradually becomes his side-kick over the course of it, when trouble comes Langdon’s way.

It’s no secret that Brown’s novels practically recycle the same basic plot from each book, which is precisely what makes them so trite. Here you can swap actress Audrey Tautou from the first one for Felicity Jones and Da Vinci for Italian poet Dante Alighieri, and you have pretty much the same movie.

And of course, it wouldn’t be a Dan Brown adaptation, if there wasn’t an utterly preposterous scheme of some sort in the middle. This time it comes from evil-genius Bertrand Zobrist (Ben Foster), who feels like he just walked out of one of those campy Roger Moore Bond flicks. He’s angry about over-population so he’s created a deadly virus to wipe out half the earth’s population. But thankfully, he’s also left a trail of breadcrumbs for Langdon so he can have a decent chance of foiling his evil plan. And then of course there’s the World Health Organisation, bizarrely portrayed as a CIA-like organisation of some sort whose gang of heavily-armed operatives are on Langdon’s trail too.

Inferno does not make a lot of sense and isn’t particularly interesting either. At least with the books you had the time to think about the clues and reflect on how they connected to the bigger story. Here they are just thrown at the screen. And a lot of them don’t hold any significance in regards to the plot either. It doesn’t help that the fights and chases are not even remotely entertaining and feel more incoherent than anything else. And Tom Hanks seems bored to death as he retroactively sleepwalks his way through his performance. What’s even dissatisfying is that his infectious naturalistic charm is nowhere to be found either.

So what exactly does Inferno succeed at? Well, it’s a pretty good sight-seeing trip. If you ever wanted to know about Florence, Venice or Istanbul but were too lazy to turn on Nat Geo Adventure or needed some information on obscure Italian paintings and poets but didn’t feel like turning on the History Channel, this is the movie for you. But personally, I’d rather just watch one of those Nicolas Cage National Treasure movies. At least they know how to make preposterous globe-trotting plots related to history entertaining.

At the end of the day though, there’s really nothing about Inferno that warrants a viewing. It isn’t detestable or completely unwatchable, but it’s still pretty bad. And the flimsy premise, cardboard characters, half-baked ideas and failure to generate any real tension or excitement at any point of the film make it an utter drag to sit through.