The educated housewife: A choice, not a chore 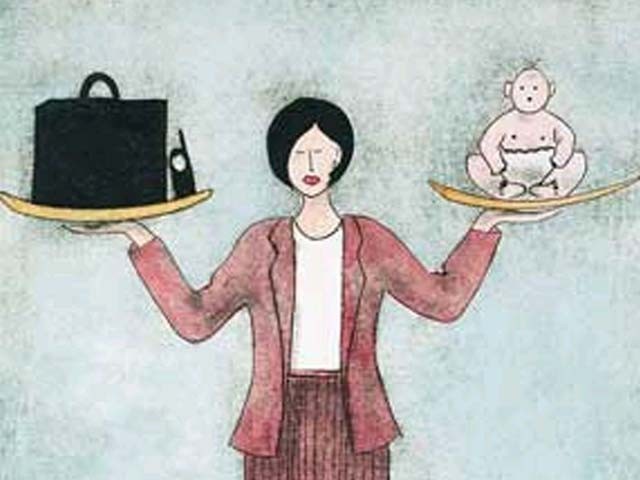 Her daughter was born, and only four years later she established her own practice. PHOTO: LINKEDIN

Until recently I’d felt that feminism, when it came to women working, was baseless because in most modern families, women can choose to either work or stay at home. But I’ve come to realise that the only reason I feel this way is because I’m lucky enough to have been raised in an environment where I am not expected to give up my dreams because of something as trivial as my gender.

Let me tell you a story.

I know someone who married at the age of twenty-six, of her own accord. She had already completed her Bachelor’s degree with a distinction, and continued to work even after getting married. Her daughter was born, and only four years later she established her own practice. This woman has served on the board of a prestigious university, has been published numerous times, and now, two decades later, is fulfilling another dream and completing her Master’s degree on full scholarship.

The woman’s husband supported her every decision, never once asking her to give up her dreams and stay at home. You say,

“She would’ve have never been around, her kids must have suffered”?

And yet, both her children are happy, healthy, and currently completing their O and A Levels from one of the most prestigious schools in the country.

“They must have no family life,” you think.

Wrong again. The four of them form a closer knit family than most – they regularly go out to the cinema together, they eat breakfast and dinner together, and no weekend is complete without at least one family or friend gathering.

When her children were born she took time off  (about a year and a half, both times) after which she worked only part-time and switched to a smaller nearby office so that she could reach home within five minutes if needed.

Despite having this strong female figure in her life, her daughter is different. She dreams of getting married in her early twenties with a huge desi wedding. She wants to stay at with home with her children. Are you thinking it must be because her mother neglects her family and the daughter doesn’t want to make the same mistake? No, she has never felt neglected, nor has she ever resented her mother’s career, quite the opposite actually, she respects her career. Are you feminists shaking your head at her? Are you assuming that it’s the only life she can have because she’s an airhead and can’t be successful? No, she is not dumb. She is intelligent. She manages to maintain outstanding grades at one of the most sought-after schools in the country, is applying to the top universities in the world, and has set high academic goals for herself so that she can be independent. The only difference is that after all this is over, she will choose to stop working and become a stay-at-home mom. Not because she is pressured into it or because that’s what her husband would want, but because that is what she feels would make her happier and is what she’d want to do with her own life.

Personally, I relate to the daughter, and those close to me know this. I was therefore left dumbfounded and hurt when they tsk’d and judged me for sharing a post about how girls should not be forced to stay confined to the kitchen.

It was then that I realised the extent of the situation. The majority of us have segregated to two poles. The first is the age-old “a girl should only cook, clean, and stay home.” The second pushes women to be solely career driven.

There is a stereotype of house-wives and stay-at-home moms being regarded as signs of subservience and accepted inferiority. The problem is that girls are expected by some to stay home, but looked down upon by others if they comply. Do you see the pattern? There is no right answer, and the girl’s own voice is lost somewhere in between.

A middle ground must be reached, where a woman can choose to either work or stay at home. To achieve this, there must be a shift in mind-sets of both extremes. Being career-oriented does not necessarily translate into being a terrible homemaker. Choosing to stay home to take care of the family does not give people the right to judge her for “accepting male superiority.”

The problem is not what women want and don’t want to do. The problem is that whatever they do, there will always be someone who will disapprove.

Feminists fight to empower women but sometimes fail to realise that women at home are empowered too. I am not a radical feminist, I am not a chauvinist. Yes, I want to stay at home. And no, I am not oppressed.

The author is an A-Level pre-medical student at Karachi Grammar School, with many diverse interests ranging from art and graphic design to national affairs.