A World Cup without the trio 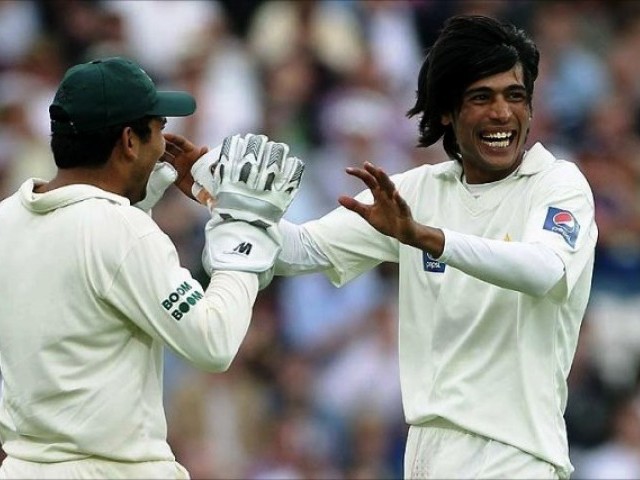 Amir will be missed the most.

For Salman Butt, Mohammad Amir and Mohammad Asif, February 5 is judgment day – the day when their future in cricket will be decided.

As the court’s verdict is pending, there are many questions floating in the minds of avid cricket lovers; will the players get a fair trial or is the ICC hell bent on making an example out of them? Are they really guilty of those charges?

Setting these questions aside – as the answers will be given to us soon- I want to reflect on how their possible exclusion from the World Cup squad will affect the team overall.

Butt will not be missed

One thing is clear, the Pakistani team has been deprived of three regular players and has had to fill the void with others. Ahmed Shehzad, Wahab Riaz and Sohail Tanvir have benefited from this scandal with their inclusion. Mohammad Hafeez has finally hit a maiden century and Kamran Akmal is good enough for an opener (which might be the only reason he is still in the team). Thus, with three potentially good openers, Salman Butt should not be missed so much.

Along with others, I too have had enough of Asif’s questionable behaviour. As far as statistics go, Asif is better in the longer version of the game than he is in ODI matches. Despite having a worse economy rate than Asif, Wahab Riaz has a better average and a better strike rate than him and can easily make up for his weakness with his superb batting, which is far superior as compared to Asif. Although Pakistan will miss the psychological edge Asif has on opposition batsmen, Shoaib Akhtar’s return and Riaz’s promising start will soften the blow.

Amir, however, will be the one who will be missed the most. His heroics with the ball helped Pakistan win its first T20 World Cup and he became an instant hero for Pakistan cricket fans the world over. His tender age, and the promise of him leading the Pakistan attack long after the likes of Akhtar and Gul retired, gave fans a sense of hope for the future. Pakistan may have left-arm fast bowlers Sohail Tanvir and Wahab Riaz, but neither of them has control like Amir, nor the ability to swing the ball both ways like he did. His loss will be felt.

Whatever the verdict on February 5 may be, it is very likely that the nation will forgive Amir because of his age, his background, his hero status and his past disciplinary record. However, Butt and Asif will have a hard time convincing the nation to forgive them, or even believe them for that matter.

The team has to look ahead and use the resources they have. Younis Khan has had some issues, but they seem to be more about discipline than corruption. There are question marks regarding Kamran Akmal (the Sydney test is a haunting memory). Even if there are corrupt players in the team, it is unlikely they will play dirty after the recent scandal.

If this controversy has surrounded any other team, the psychological scars would have been too deep to heal before the World Cup. However, our team is so used to scandals and tragedies, that looking at our recent performances against South Africa and New Zealand, it seems the team is gotten over this incident.

Pakistan’s biggest challenge is not what will happen to the three accused players; rather, the question to be answered is “Who will lead the team in the World Cup?”

This might be the perfect time for our team to rise like a phoenix from its own ashes. Our team has never been as psychologically cornered as they have in these last couple of months. Its time for them to play their hearts out and show the world that they are winners.