Does the creation of Bangladesh prove the two-nation theory wrong? 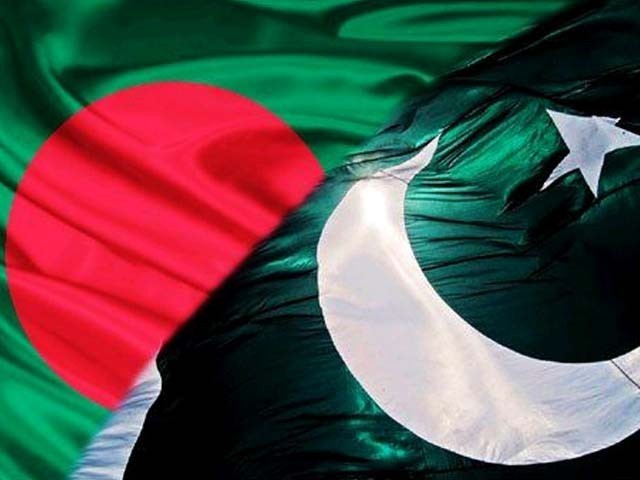 Those who claim that the two-nation theory has proven to be a failure cite the creation of Bangladesh as an example. PHOTO: PINTEREST.

Frankly speaking, I am not a history expert and do not claim any command on minute details of partition and its various narratives. However, as a student of political thought and comparative politics, I have often been fascinated by the two-nation theory. Now for someone who calls himself a “Pakistani Indian”, it may appear that I will be a staunch opponent of the “two-nation” theory. The way, it is often interpreted is that Hindus and Muslims are two distinct nations who would have found it impossible to live together and therefore Muslims, who were the minority at that time, would need a separate politically autonomous state. I do oppose this version and I think that it is highly debatable. If being a Muslim is the criteria of a separate state then why stop at India? Why not also include all the Muslims of the world and merge them into one nation state?

We know such a thing is not possible and is in fact laughable. The two-nation theory would start making sense if only we understand the fleeting concept of identity. We are not just Muslims, but also have ethno linguistic identities which at times may be competing with each other and at times complimenting each other. Everything revolves around a complex phenomenon known as identity and in politics that is often the most important factor in mobilisation. Identity itself may be constructed or at times may simply be something you are born with. Moreover, identity may be dormant and can become active. It is when an identity becomes active that political expression follows.

How a particular identity becomes active often depends on the perceived benefits as well as drawbacks associated with it. It also becomes active, if there is a perception that you are being victimised on the basis of that particular identity. Once an identity is activated, it can form various political expressions which range from political mobilisation to asking for greater rights, to outright demands for a separate nation state. What determines the exact form of political expression depends on many things. For example, gender identity can form a political expression but it is not possible (at least, it has not happened) for women to demand a separate country! Demands for equal pay and improved civil rights are expressed largely through civil society and do not aim to change the geographical and administrative structure of a particular country.

On the other hand, ethnic identity can form various political expressions ranging from the formation of political parties on ethnic lines, to demands for a separate state. Ethnic nationalists can demand a separate state particularly when an ethnicity views that it is possible to secede and the secession will lead to a better standard of living and greater rights. The demand for a separate nation state is also hugely dependent on actual geographical dispersion of the population belonging to that ethnicity. If there are geographical concentrations then the demand for secession is more likely compared to a situation where the ethnicity is evenly dispersed all over the country.

Religion, like ethnicity, is an identity though compared to ethnic identity is less “rigid”. It is generally said that religion is merely set of beliefs, but at least in political literature, it has always been considered more than that. In fact, some have gone to the extent of calling religion of birth a form of ethnic identity. Yes, theoretically speaking, it could be changed, but religious identity is powerful, particularly in circumstances where discrimination or perceived discrimination is conducted on religious lines.

Put simply religion can also be an effective political identity, provided certain conditions are there. And like other identities, it can form a political expression of demanding a separate state.

The demand for Pakistan (whether we consider it as an actual demand or a bargaining ploy by Jinnah) was a consequence of an activated political identity. There were incidences which activated the Muslim identity and the Congress is equally responsible for that, as much as the Muslim elites are.

Like ethnicity, religion can be a politically potent factor leading to possible demands of a nation state. In Pakistan’s case Muslims were also concentrated in two geographical zones (present day Pakistan and Bangladesh). While a substantial number was also dispersed all over the country there is no denying of the fact that areas forming West Pakistan (Present day Pakistan) and East Pakistan (Bangladesh) were Muslim majority areas.

It is true that ethnic identity, on its own, is often a stronger motivating factor though at the time of independence there were no mass movements demanding independence on ethnic lines. In fact, if demand for a nation state is only justified on ethnic lines then India itself should have been divided into many parts as there are so many languages spoken there.

Moreover, the term “partition” is misleading because India has rarely been politically a single unit. Throughout its history, there was a loose geographical continuity which has always enabled this land to be called India. Within this geographical unit, there have been various political configurations. The right question is not whether there should have been a “partition” but rather whether the areas coming under present day Pakistan and Bangladesh should have joined Indian federation (as visualised by Congress) or not.

So there were in reality various identities emerging out of the Indian subcontinent. There was a broader Indian identity, religious identities, and ethnic linguistic identities. In other words there have always been nations within a nation. And then there is a concept of hybrid identity. It is not important for many to be just Muslims; relatively they want their religious freedom as well as their ethnic and cultural independence. So I may be Muslim but at the same time I would prefer that my Punjabi cultural freedom is also safeguarded.

When Bengali and Sindhi Muslims voted for Pakistan (after all let’s not forget that these two provinces clearly voted for Pakistan), the idea was not merely preservation of their religious freedom but a combination of both religious as well ethnic/cultural freedoms. Thus when Bengali Muslims (who were also geographically concentrated) voted for the creation of Pakistan, it was also for the preservation of their Bengali identity along with religious identity.

The choice was to join the Indian federation or join Pakistan. Those who voted for Pakistan joined Pakistan with the view that perhaps their ethnic and cultural freedom would be better safeguarded in Pakistan rather than India.

The reason why Bangladesh came into being is less to do with fallacy of the two-nation theory and more with how actually West Pakistan treated East Pakistanis. It is not the idea itself but the way Pakistan tried to over centralise and negate Bengali culture and their ethnic identity. Pakistan superimposed Urdu over Bengali and adopted a policy of sustained repression. Bengalis seceded mainly because of the way we treated them. The discrimination activated the Bengali nationalism and led to secession. But once again it was the hybrid identity of both Islam and Bengali ethnicity which dictated the choice of independence rather than merger with India. What had earlier prompted them to opt for Pakistan, once again led them to become an independent state.

The two-nation theory would have been discarded IF Bengalis had opted to join India in 1971 rather than opting for an independent state.

Personally, I think history is yet to give its verdict about the two-nation theory. We cannot just say that just because Bangladesh came into being therefore it is wrong.