A Rage for Order: Painting a crucial portrait of the deeply troubled Arab uprising 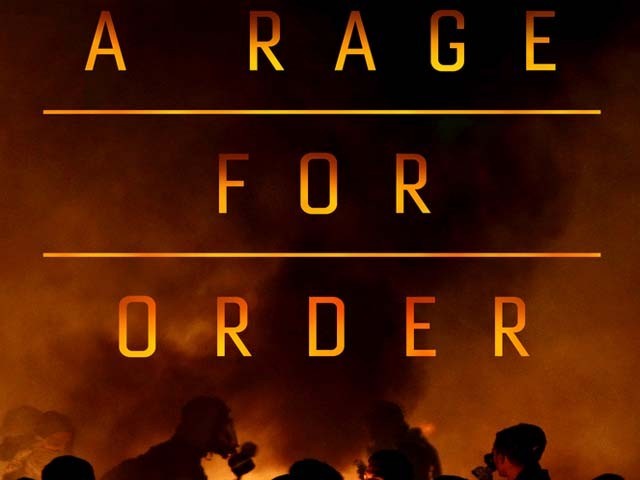 Worth draws on his firsthand knowledge of the Middle East to offer a piercing, disconcerting analysis. PHOTO: GOODREADS

Revolutions never seem to bring the happiness they promise. There was no happy conclusion in France in 1789 or Russia in 1917 and neither in Egypt or Libya or Syria in 2011. Instead, if anything, the Middle East has gone from bad – brutal dictatorships built on secret police and theft – to worse; open civil war and genocide.

The year 2011 saw a revolution escalate through the Middle East as protesters demanded an end to tyranny, corruption and economic decay. From Egypt to Yemen, a generation of young Arabs insisted on a new culture of common nationality. Five years later, their utopian goals have taken on a darker aspect as old divides re-emerge and deepen. In one country after another, brutal terrorists and tyrants have risen to the top.

In his debut book, Robert Worth, former chief of the New York Times Beirut bureau, draws on his first-hand knowledge of the Middle East to offer a piercing, disconcerting analysis. A Rage for Order is the first work of literary journalism to track the Arab Spring. The distinguished correspondent brings the history of the present to life through vivid accounts. Combining dramatic storytelling with an original analysis of the Arab world today, A Rage for Order captures the psychic and actual civil wars storming throughout the Middle East, and explains how the dream of an Arab “renaissance” gave way to a new age of discord and dissonance.

When the corrupt regimes of the Arab world began to collapse one after another, in the Arab Spring of 2011, sceptics warned that the revolution would give way to civil war.

Among the many stories, we meet a Libyan rebel who must decide whether to kill the Qaddafi regime torturer who murdered his brother; a Yemeni farmer who lives in servitude to a poetry-writing, dungeon-operating chieftain; and an Egyptian doctor who is caught between his loyalty to the Muslim brotherhood and his hopes for a new, tolerant democracy.

Perhaps the most painful and evocative story is that of Aliaa Ali and Noura Kanafani, two young Syrian women, best of friends, each from different sects – one Sunni, one an Alawite. It’s not exactly a surprise that these friends would end up as enemies. The same thing has happened on numerous occasions when claims of each group destroy the bonds of individuals. Discord between the Serbs and Croats or between the Hutu and Tutsi are prime examples.

Still there is a tinge of shock when one reads about how Aliaa and Noura turned against each other, driven by the increasing violence between Sunnis and Alawis, the rebels, and the regime. It goes to show that once people feel threatened as a group, they will start considering themselves solely as members of that group, simply out of self-defence. Moreover, the threat of violence provokes pre-emptive violence; both Alawis and Sunnis are convinced that they are the victims of the others’ aggression. Today, Noura and Aliaa live in different countries and no longer speak; both are full of hatred and suspicion towards the other. Worth says,

“They redefined each other, little by little as enemies.”

Worth also takes note that the initial enthusiasm concealed the serious deficit of trust among citizens. Divisions between liberals and Islamists, civilians and the military, rebels and supporters of the old regime, proved to be too poisonous and deeply rooted to be overcome. In Egypt, for example, when the Muslim brotherhood managed to elect their candidate, Mohammed Morsi, to the presidency, many former rebels urged the military to step in and oust him.

It is the declension of countries like Yemen, Syria, and Libya that explain the rise and surprising allure of the Islamic State. As can be seen in the book, the Arab people are driven by something very basic: the rule of law and the basic predictability of life that only a functioning state (in Arabic, dawla) can provide.

As Worth puts it,

“They wanted something they had heard about and imagined all their lives but never really known: a dawla that would not melt into air beneath their feet, a place they could call their own, a state that shielded its subjects from humiliation and despair.”

True that this is a Hobbesian view of government – rather than a state of nature where everyone is in a state of conflict, it is better to have a single ruler with a monopoly on violence, no matter how capricious. The caliphate declared by the Islamic State promises just this – a strong government based on religious principles, able to bring order to regions plagued by anarchy and civil war. The reality, of course, is the opposite. The book mentions a Jordanian, Abu Ali, who travels to Iraq to fight for ISIS but is so horrified and appalled by its cruelty that within three months, he sneaks back out again.

One aspect of the Arab disaster that Worth could have done more to explain is the Saudi Arabia and Iran facet. The money and weapons provided by these regional superpowers is what has allowed violence in Yemen and Syria to continue for so long. This war may seem to be solely sectarian. In actuality, it is a cynical power struggle between the region’s two biggest oil producers, Saudi Arabia and Iran.

What Worth has managed to do is to paint a crucial portrait of a deeply troubled region. The writing in A Rage for Order is so beautiful and the storytelling so easy that one doesn’t realise how much they are learning as they read. But there is no escaping the import of the stories. CNN’s Fareed Zakaria cites this as the best book on foreign reporting. The Wall Street Journal has called this book “a small story that illuminates a big picture”. It is indeed to date the best book on the Arab uprisings because it manages to capture all angles of the war under one umbrella.

My book of the week: Robert F. Worth's deeply intelligent "A Rage for Order." The best book on the Arab world today https://t.co/OZrFQN7NoZ

This book showcases the lives of people struggling to find their way back to peace. It presents the story of millions of refugees that are crossing over to Europe for sanctuary. Thousands have already flocked on the same impulse that they need a home where death is not the only certainty. These people struggle on, with the hope that perhaps “with enough conviction”, they might be able to find a safe haven at last.