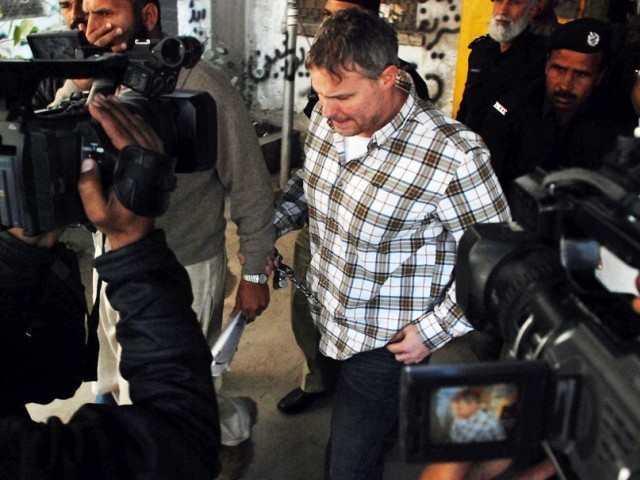 Raymond Davis has been accused of double-murder

Earlier this week a US ‘diplomat’ shot two Pakistani men in broad daylight. Despite the dramatic nature of events there have been rational elements in our society who are still trying very hard to look at the issue objectively.

In the interest of presenting a fair picture the media has produced criminal records of the men who were shot, there have been those who have tried to justify Raymond Davis’ actions by saying that Qartaba Chowk, the area of the shooting was unsafe and there are even some who have maintained that a ‘gora’ in Pakistan is always at risk.

While many of us play devil’s advocate at home it is clear that the international media is doing us no such favours.

While news stories are supposed to be objective and free from personal opinion the way this incident has been reported in foreign wires shows a clear bias. The first story to hit the wires claimed that:

Considering this report came hours after the incident and there were no confirmed reports (in fact mystery still shrouds the case), the piece assumes that the employee took the shots in self-defence and that perhaps his actions were justified.

This is not all.

As almost all news reports about Pakistan, this one too ended with the familiar lines:

“Pakistan is a vital US ally, but anti-American sentiment runs high in the mainly Muslim nation. Three US Special Operations soldiers were killed in a bomb attack last year in northwestern Pakistan, where militants are very active.”

By choosing these words the story manages to tilt the readers’ opinion. Is murder really murder in a “war-torn, terrorist haven” like Pakistan?

The reaction of the foreign media and the local government is entirely predictable.

It is depressing to know that we may never know if Raymond Davis is guilty or not because international pressures and diplomatic immunity will end up allowing him to bypass the laws.

'Professor sahab, please help me get in to college'