1947: A teenager’s memories of Independence 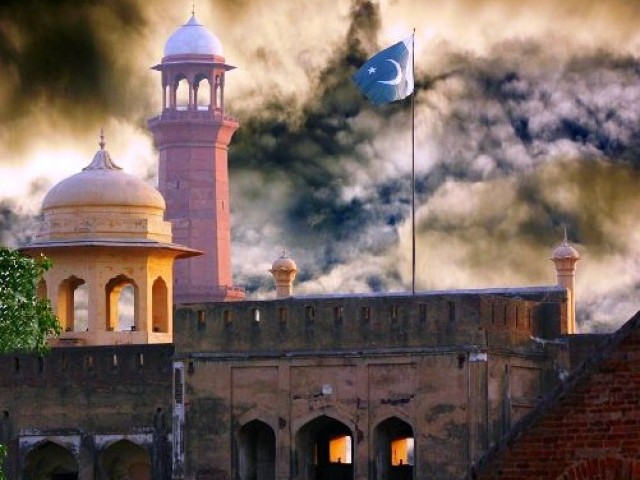 One evening the independence of India and creation of Pakistan was declared.

After all these years I can still smell the stench of death and half burnt timber. I still see mountains of rubble as if it was August 1947 in Lahore.

I was 13 years old, tense and worried. I could see columns of smoke rising over the city’s rooftops.

The night that changed history

We knew an announcement was to be made. We had a tiny, hopelessly old Ecko radio – the only medium that keep us informed in a desolate city called Lahore.

One evening, the viceroy of India Lord Mountbatten declared the independence of India and creation of Pakistan. Pundit Jawaharlal Nehru’s voice followed his and our beloved hero Quaid-e Azam spoke last. They all spoke in English but Jinnah’s distinct voice rose at the end dramatically as he said “Pakistan zindabad!”

Everyone in the family cried out “Pakistan zindabad!, Quaid-e-Azam zindabad!”

On the night of August 14, at twelve minutes past one Mustafa Ali Hamdani’s proud voice announced the first broadcast of Pakistan Broadcasting Service. We were now sure that we had finally got “our Pakistan.”

Dreams of freedom and the future

I was a teenager like millions of others, but I had little doubt about the future of Pakistan. I believed that with this freedom, we – the Pakistanis – would transform our country into a model Muslim country where there would be equal opportunities for education and employment. It would be free from discrimination.

Over the past few years, a great fuss has been made about the Islamic character of Pakistan. For me, at the time of the creation of Pakistan there was no ambiguity about our national identity.

In the first cabinet there was a Hindu minister and the first foreign minister was a member of the Ahmaddiya community – facts nobody can deny. We are all Muslims and we have proven this more than any other nation in the world.

We produced scientists, sportsmen, poets, musicians and a nation who stood united in all kinds of crisis – in war and in peace.

Today, we lack enlightened visionaries, so instead we have created caricature leadership. Perhaps Pakistanis must look back to those long ago days when our identity seemed so plain. It is time to clear away all the ideological rubble and find ourselves again.

A retired accountant who lives in Vancouver, Canada. Hayat writes for a local Pakistani community newspaper.