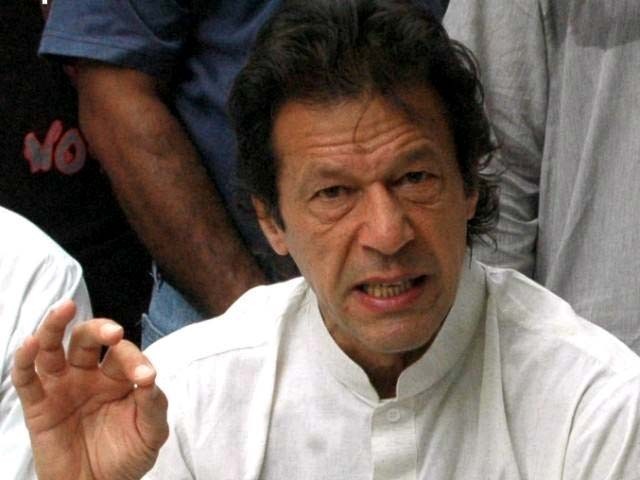 Is this the Pakistan that Imran Khan wants to rule as Prime Minister? PHOTO: FILE

As someone who voted for Imran Khan directly in the infamous NA 122 in the 2013 General Elections, I am forced to ask: what game is Imran Khan playing? Boycotting the joint session at a time when the country faces an external threat is not good politics. By harping on about Panama leaks, which is a dead horse, instead of focusing on the clear and present danger that the country faces, Imran Khan is only isolating those who had mistakenly thought he was the country’s great white hope.

Keeping your elected representatives accountable for their finances is sine qua non to a democratic process. No one denies this in the least. Yet the situation is far from ideal in Pakistan. Indeed the Indian aggression in Kashmir is the least of the structural problems the country faces.

What is even more urgent is the civil military conflagration brewing in the country. If Dawn’s report is to be believed, the civilian government has driven home to the military leadership and if Pakistan does not act against non-state actors, it will face certain international isolation. A great weight has been put on the shoulders of our military leadership, which is now being viewed by the world as either unable to or unwilling to act against non-state actors.

Even China, our staunchest ally, has questioned the logic of Pakistan’s defence of groups like Jaish-e-Mohammad and its leader Masood Azhar. The Pakistani state is under stress. Rightly or wrongly, the world views the democratically elected civilian government as being helpless against an overbearing military establishment and the deep state.

In this atmosphere, if Imran Khan carries out another protest movement, it is likely to be seen by the world as being backed by the military. I’m not saying this will be true, but this is the allegation that the enemies of Pakistan will throw at us. And let us assume that Imran Khan does succeed in creating a momentum that sends Nawaz Sharif packing – Nawaz Sharif’s exit will most definitely lead to international isolation; the military will be seen to have intervened and carried out a coup by other means.

The next conclusion that the world will draw is that the Pakistani military is hell bent on protecting non-state actors. What will stop us from being branded as a terrorist state, then? Don’t even count on China’s support if such a scenario unfolds. We would become another North Korea, a source of perpetual embarrassment and irritation to the Chinese. Meanwhile India would have succeeded fabulously in putting Kashmir on the backburner. Every story will be about the unstable terrorist state with nuclear weapons. Investments would run dry and our economy will nose dive. Is this the Pakistan that Imran Khan wants to rule as prime minister? Besides, very little of what Pakistan Tehreek-e-Insaf (PTI) has done in recent years inspires any confidence.

I voted for PTI thinking, perhaps naively, that it stands for a just and egalitarian Pakistan, which seemed to be the promise of PTI starting October 30th, 2011. Then, Imran Khan spoke of a Pakistan where every citizen, no matter what his religion, background or gender, would be equally protected. However, since then, and especially after losing the elections in 2013, PTI has stood on a regressive and reactionary platform. Some of the demands made by its lawmakers, wherever they have been elected, are downright comical, for example the demand for a ban on the Doraemon cartoon.

Now, a PTI law maker from Sindh has objected to teaching dance as part of school curriculum. Sindh has an ancient tradition of dance and music that is rooted not just in the cultural moorings of the Indus River but also in Sindh’s syncretic Sufi Islamic traditions. If some schools want to teach dance as part of its school curriculum, what right does a PTI lawmaker have to object to it? Not that PTI’s lawmaker has indicated where it was that such flagrant violation of “Islamic values” and “Pakistani constitution” was taking place. In terms of Islamic provisions, the Pakistani Constitution has an enabling role, not one of enforcement. The constitutional directives with regards to Islam cannot be enforced to satisfy the personal religious beliefs of a single individual.

What is amazing is that this demand has come from PTI, which itself faced legal challenges regarding its dharnas by the religious right wing on grounds that they were violating Islamic injunctions of the Constitution. The one positive thing about the dharna that Imran Khan carried out was the festive, inclusive and gender balanced crowds that he pulled. And yes, there was dancing there too.

The problem with PTI is that it is fuelled by the youth who have grown up on a diet of bigoted curriculum and utter confusion about faith and identity. This is the long term result of the slow poison that was introduced by General Ziaul Haq’s government. What was planted as a seed has grown into a full-fledged tree. The middle-class man from his 20s or 30s who supports PTI might look liberal because he wears jeans, but deep down he is a neem-mullah or a half-baked cleric.

One fears what will happen if a party, brought up on Khan’s charisma and a diet of rabid ultra-nationalism, comes to power. Can we afford it?

At this time, however, it is clear that the strongest duty of any patriotic Pakistani is to stand with the democratically elected government, no matter what our criticisms of it are. Pakistan cannot afford any adventurism by any quarter. I hope better sense prevails on Imran Khan. After all, the next election is hardly a year and a half away.