Pakistan, India and Bangladesh have always been much better off without the British 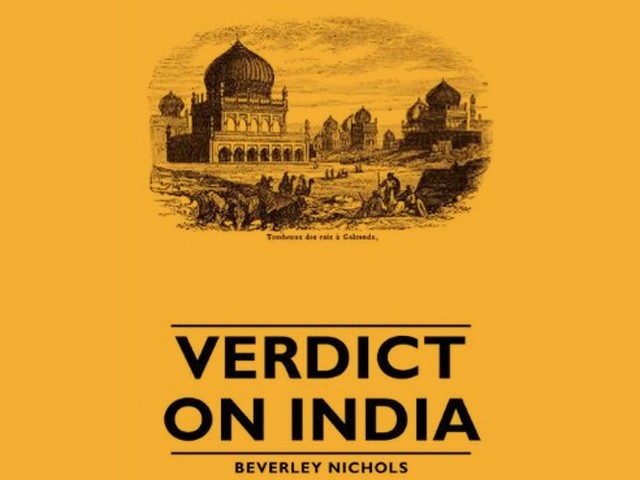 In 1944, Beverley Nichols’ sensational Verdict on India came out with a slap in the face of what we know today as Bangladesh, India and Pakistan — or BIP, to duck a mouthful. Nichols thoughtlessly trashed BIP’s society and culture, out-doing Churchill’s well-known:

“I hate Indians. They are a beastly people with a beastly religion.”

The religion might have been Hinduism, but the cigar-puffing fat man’s book, The River War, reveals as much contempt for Muslims. Nichols’ vitriol, though, stands in a class of its own.

BIP’s classical music was a “… shattering onslaught of sheer Bedlam … hullabaloo … pandemonium.” He dismissed Ayurveda, in a chapter titled Mumbo Jumbo, as “extraneous superstitions”. He did not deign to eat BIP cuisine, monogamously wedded to his bland and stodgy English fare.

He believed that no educational program could be successful in India, permeated as it was with mendacity, cruelty to animals and endemic poverty. He talked of South Asia’s dark future as though it were an independent country and not a guilefully acquired subject colony administered by an alien power that defined its own refinement. The British colonists in India, though, lacked neither health care nor education.

The twisted logic of Verdict on India was unable to process South Asia as a pinched jewel in the crown of a foreign power that loudly proclaimed its own enlightenment but then, as E M Forster said,

Indeed, these middle-class gods were busy riding elephants, shooting tigers, spearing wild boar and appropriating the princely game of polo for the eventual likes of Ralph Lauren. They were tended by doctors and nurses and their children were well-schooled. Perhaps that is why they were too busy to provide education, adequate sanitary services, and medical facilities to increase their subjects’ life expectancy, reduce their infant mortality or manage their famines. But they did have time to shift the blame on their subjects while writing their own myths.

Devoid of altruism, their legendary administrative efficiency served their own interests but that of their subjects only by default. Their quality educational institutions in BIP were private, fee-paying and ran at a profit for the “nation of shopkeepers” as Napoleon Bonaparte is believed to have described the British.

The British have always circumvented three core criteria for measuring their civilisation’s contribution to BIP — food supply, literacy and, health care measured by life expectancy. They have smoothly deflected these criteria to the post-independence period where they generate unease within independent BIP.

The British have artfully filled the blank canvas of these criteria during the Raj with chugging trains, uniformed police, post offices, revival of the Hindu and Mughal canal irrigation and the English language — all of which were actually indispensable to their own operability.

However, comparing the pre and post-independence results of the core criteria inverts the verdict back on Nichols and Churchill to tarnish their lustre. Nichols lived long enough to see the change in BIP and the devastating BIP influence on his native culture with chicken tikka masala overtaking fish n’chips!

Some estimates of total famine deaths under the pomp and glory of the British Raj go up to 1.5 billion. Suffice it to say that the deaths were in double digit millions, due to British ineptness in crisis management, according to the research of, among others, Nobel laureate Amartya Sen. Even though the population shows an approximate four-fold increase since Independence in 1947, they have disappeared from BIP with the last one being in the early sixties.

The population of BIP on the eve of partition and Independence was 390 million.

The literacy rate was 12% and life expectancy a pathetic 32 years.

The current population of BIP is estimated to have quadrupled at around 1,625 million, yet the literacy rate, working out at roughly 66%, outstrips that increase by a further one-fourth.

Then there’s the measly 32 years of life expectancy which has roughly more than doubled to 67 years as an average for BIP.

Going by education and life expectancy alone, BIP is much better off without the British. The United States, Australia, New Zealand and Canada could say the same, the difference being they wouldn’t need to back up the claim with any figures. Their credibility has been established by other manifestations of development, sadly absent in BIP.

As such, BIP claims of progress in these core criteria need to be justified. Moreover, when not compared with pre-independence conditions but with those of their peers, BIP citizens themselves tend to become despondent, bemoaning the state of affairs surrounding them and slipping into nostalgia for a ‘golden age of the Raj’. They mythify queues, clean streets, gymkhanas, choo-choo trains, respectful coolies and first-class compartments from which they were excluded. BIP’s verdict on Nichols’ Raj has a stronger basis than that of Nichols on BIP.

Nonetheless, it is undeniable that BIP’s future is indeed a misty peak atop a steep slope littered with jagged expectations that may perversely sustain Beverly Nichols’ own cross-eyed vision. Relishing his contempt for natives in loincloths, BIP fell short of his standards because he disregarded its colonial, occupied status. Disillusioned BIP citizens of today, also ignore their erstwhile subject status, despising themselves on this issue the way the British press is occasionally prone to run down BIP through nimble subtexts.

However, when the contemporary BIP reality in literacy, life expectancy and health care is not compared with that of developed nations but with the inheritance of 1947, the past 69 years become optimistically propulsive. As long as BIP remains focused on the acquisition of these core criteria, it will not lose its soul chasing the shadows of inflated self-images in games of one-upmanship.