Davos Diaries: The West is not working 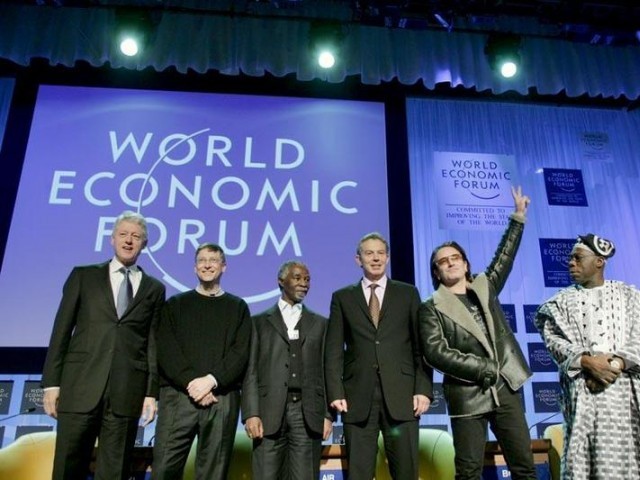 As I attend speak to various members of the 2,200 business elite, top politicians and journalists who have gathered at the annual World Economic Forum at Davos there is a sad realization in the air: the West is not working.

The global polarization between the haves and have-nots is taking its toll on progress and if the Western world seeks to move forward it must bridge the gap between the rich and the poor.

“My concern is that businesses and governments in this difficult environment will see the meeting of the Millenium Development Goals as optional, as something that they can cut down on…We have to be concerned about inequality in the world and find a way to integrate shared progress into our reality. The 21st century belongs to a lot of countries but the world will be better if America remains a positive force and so we have to be able to (be) economically stable.”

Clinton was obviously referring to the emerging markets here in the East, like China and India, who have put their best foot forward at the World Economic Forum.

Framing itself as ‘Inclusive India’ the country has over 100 delegates at the forum.

Most of the best parties at Davos are sponsored by rich Indian businessman and the closing night of the World Economic Forum will be an Indian soiree as well.

On the other hand, the Pakistanis are few and mostly placed on panels like ‘The Security Agenda of 2011.’

The only prominent Pakistani at the WEF is Imran Khan who keeps hammering the same point:

“The present government is morally corrupt; the time is ripe for a Tunisian like revolution; the war on terror is a failed strategy and peace will immediately come to the region if NATO troops leave Afghanistan.”

The reaction to his emotional plea has been: “You are being naive Mr. Khan, problems are far more complex.”

And indeed they are.

Leaders at the forum have also come to the realization that the West has gone terribly wrong by supporting regimes for short-term benefits.

If real progress is to be made the Western world must provide a helping hand to under-developed nations and individuals (an idea that the architects of ‘India Inclusive’ have yet to grapple with).

While emerging markets celebrate their successes in consumerism the West is realizing it’s failures. Will India and China markets learn something from the mistakes the old powerful world made?

A special correspondent for Express 24/7 who co-hosts current affais program 'Platform'. She is currently reporting from the World Economic Forum in Davos.