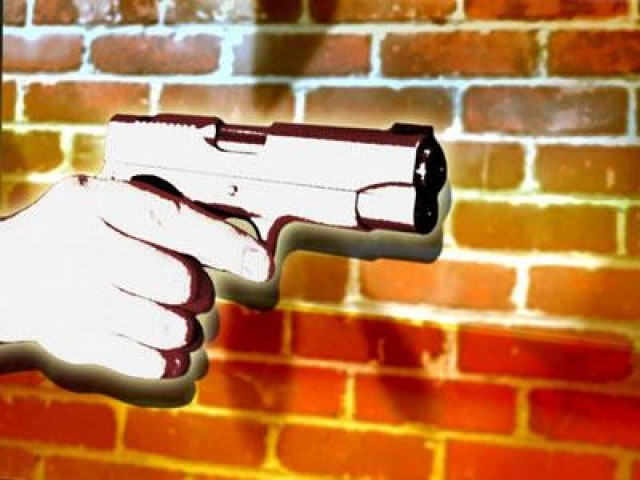 The first step could be a crack down on unlicensed guns

Has your car ever been stuck behind a police mobile in a traffic jam? If yes, then you may have found yourself staring in to the barrel of a rifle that lay snugly on a police officer’s lap.

There is probable a security lock on these guns that are pointed directly at us, but the thought of an accidental shot always makes me move a little further away from the vehicles to ensure the gun is not pointing at me.

What bothers me is that I have never seen the rifle pointing towards the vehicle, at another officer or the driver – just us, the public.

Unfortunately, in a society like ours we have come to grow up with the idea that brave men carry firearms. We embrace the concept of taking a life “when necessary” – but does our addiction to guns and the violent masculinity that they represent really represent the nation we want to be? In order to bring this change in our society, Pakistanis have to stop wishing for more sons and guns.

Guns, like alcohol and sex, are an addictive weakness.

The media, judiciary and opposition can all play a role in enforcing anti-gun laws. Perhaps the first place to begin is by cracking down on big-shots who have guards that roam the streets with unlicensed weapons.

The fact is that we cannot shut down the gun manufacturing which some claim is the world’s largest illegal weapons market in one day. But the government can at least start taking anti-gun measures.  A heavy tax on bullets could be imposed reducing the use of frivolous “firing” like on chand raat, weddings and New Year’s.

Recently, the MQM introduced a bill to deweaponise the country. While it may seem far-fetched the spirit of the bill could help to improve the situation.

Perhaps, this is all a dream but I would rather try and maybe see a weapon free Pakistan by the time my children have grown up. Wouldn’t you?