Washington may be broken, but it’s not broken enough to let thugs like Trump enter the Oval Office 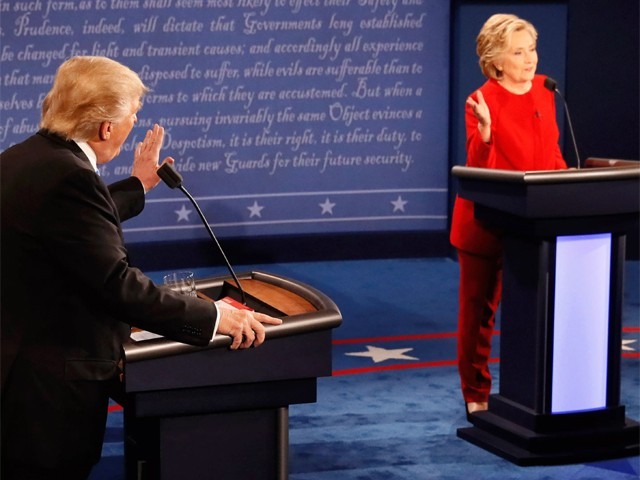 It seems just like yesterday when a far-right Republican, who I had the misfortune of knowing, told me that he’d rather vote for a donkey than vote for President Barack Obama. That was back in 2012 when the president was running for his second term against Mitt Romney.

Fast forward to today’s campaign season, it appears that the Republican prayers have been answered. Thanks to the millions of the poorly educated, they’ve been bestowed with a candidate who not only happens to be as silly as a donkey but one who has the potential to ruin this great country and bring it down on its knees because of his stubbornness, brashness, recklessness, unapologetic behaviour and being a policy illiterate coupled with his inability to understand politics and the realities that entail global leadership.

I can keep trashing Donald Trump forever but that’s not the intent of writing this piece. I’m not building a case against him today for I don’t really need to worry about that anymore. Trump shot himself in the foot multiple times with his impulsiveness, sniffling, non-stop blabbering and amateurish behaviour in the recent presidential debate and as his graph went from bad to worse, I relished every moment of the circus that he put up!

Monday night’s inconsistent Trump performance proved beyond doubt that he is the guy who has befooled America for far too long. He is a filthy rat who has evaded taxes, worked the system to his own advantage, fleeced money from people by either running businesses to the ground and declaring bankruptcies or utterly damning human existence on account of his bigotry and racist actions.

This is crunch time.

This is the stage of the election process where reason starts taking over rhetoric and candidates must elevate their game from the kiddy table to develop and deliver a more mature message and present hard policy roadmaps to the public-at-large.

On the night of September 26, 2016, Trump couldn’t deliver. By being interruptive, he showed that he certainly wasn’t the adult in the room. That role was played by his determined opponent who came out well-prepared and with a clear plan to counter and decimate Trump’s loud-mouthed belligerence. While Hillary Clinton may be a typical politician with “all talk, no action” demeanour, she showed that she has a plan, will work the plan and will get the job done.

As Trump fumbled and fiddled with the mic, Hillary talked substance and presented her case to the people in an effective manner. The several days that she took off from the campaign trail to prepare for the debate certainly paid off and proved beyond doubt as to who was the better of the two candidates.

Trump’s much touted off the cuff and impromptu approach only ended up in him flinching, twitching and sweating throughout the night. His words failed him and he choked ‘bigly.’ It seemed that being on a presidential-debate-stage was far tougher than addressing a small-town, rural American rally. Those farmers and blue-collared workers, who Trump weaved his magic around in the recent past, were all missing in action. This was a real world fight in front of a hard core, highly critical, politically aware and unforgiving audience.

The debate night saw the two conflicting candidates at daggers drawn in terms of policies and issues like immigration, trade, racism, fiscal responsibility, fighting ISIS and, of course, Obama’s place of birth. The difference in gesturing and delivery starkly contrasted one another, with Trump acting like a five-year-old drama queen and Hillary staying on point and laying out her proposals and plans bare and often catching Trump on the wrong foot.

To my mind, the highlights of Hillary’s performance were exposing Trump’s Alicia Machado story, her remark “Trumped-Up, Trickle Down” and her questioning of Trump’s lack of transparency in terms of releasing his tax returns. Trump came across as a delusional megalomaniac – a fact pointed out so often by folks like Tony Schwartz and Rob Reiner.

As we all wait anxiously for the next debate, it is quite evident that based on his September 26th goofiness, Trump may turn the White House into a funny farm instead of making America great again.

He ashamed his supporters so much so one frustrated street worker was mad enough to say that,

“If he (Trump) was born not right, they should’ve simply tossed him off the cliff.”

Well, tossing Trump off the cliff may be too late now but I do, for sure, know that he ain’t getting a dime from the Congress to implement his loony plans.

In a word, Trump is a threatening and cruel coke user. One doesn’t see him bullying his way to the White House. Washington may be broken but it’s not broken enough to accept jerks, pranksters and thugs like Trump to enter the Oval Office.

I think I’ve said enough but I know that, come November, better sense will prevail.