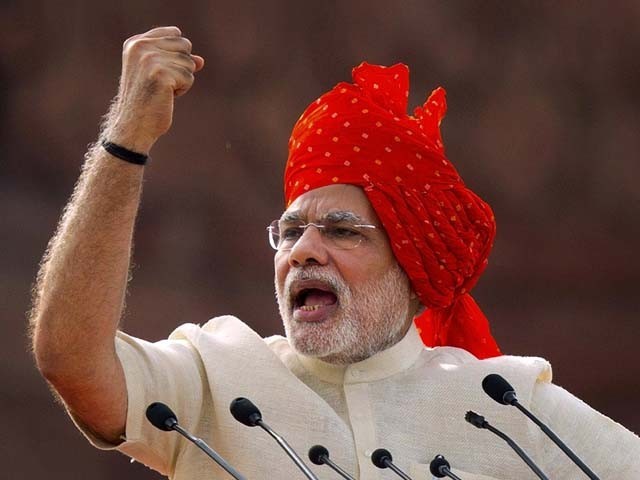 After the Uri incident, the Modi government has made its intentions of revisiting the treaty known. PHOTO: AFP

When the Indus Water Treaty was signed by Prime Minister Jawaharlal Nehru and President Ayub Khan in September 1960, President Eisenhower described it as the,

Only eight months after independence, in 1948, India had first begun diverting water from the Pakistani canal system emanating out of the Indus water system. After about a decade of conflict over water (which also saw the two countries reject a proposal for unified basin development that would have brought Pakistan and India together in many ways), it fell to the newly installed military regime in Pakistan and Jawaharlal Nehru in India – now in his 13th year as India’s all powerful prime minister – to resolve the lingering dispute and so they decided to partition the waters of the Indus.

The sponsor and main backer of the treaty was the World Bank under its President Eugene Black. India was to get the eastern rivers of Beas, Sutlej and Ravi and 20% of the western rivers, Chenab, Jehlum and Indus. It was almost a new beginning for the subcontinent which had experienced the trauma of violence at the time of partition.

Here was a historic opportunity for the two nations to let bygones be bygones and if KM Padmanabhan’s account published in The Hindu is to be believed, much was discussed, including a Lahore-Dacca rail link, military cooperation and even the supply of Sui Gas to Bombay (as it was known then). It is a tragedy that neither country followed through on these proposals but the Indus Water Treaty survived. It survived the 1965 and 1971 wars and the Kargil conflict.

Now, after the Uri incident, the Modi government has made its intentions of revisiting the treaty known. If media hype is to be believed, the right wing Hindu chauvinist government in India plans to undo 56 years of cooperation between the two countries, which though not flawless, has helped keep the distribution of water somewhat equitable, between the upper riparian India and lower riparian Pakistan.

The riparian water rights are defined by the law and have their origin in the English common law. Simply put, the principle is that an upper riparian (such as India) cannot unilaterally stop flow to a lower riparian (such as Pakistan). This is the foundation of the basic principles governing water allocation. The Indus Water Treaty is a binding treaty between two sovereign states. The implication, therefore, is that a unilateral revocation will amount to nothing less than an act of war on India’s part.

What is more is that the Indus Water Treaty does not contain any clause allowing for a withdrawal or termination of the treaty, which is how it should be and was certainly how Pakistan and India intended it to be in 1960. According to the Vienna Convention on the Law of Treaties, any treaty that does not contain a clause allowing for its denunciation, can only be exited through mutual agreement.

In my opinion, India will not unilaterally revoke the Indus Water Treaty because it realises that the damage done to Indo-Pak relations as a consequence would be irreversible. It might however consider using the provisions of the treaty against Pakistan. The first step in this scenario is to suspend the meeting of Indus commissioners, who meet twice a year.

Secondly, it would want to use the waters from Pakistani rivers i.e. Chenab, Jehlum and Indus for hydroelectric power, and then attempt to argue that it amounts to non-consumptive use. Under this garb, India can then control the water supply on Pakistani rivers. When Pakistan would object, it would find that in the absence of the meetings of Indus Commissioners it has no recourse left, because that crucial first step is a conditional precedent for the next two steps in dispute resolution, i.e. the appointment of a neutral expert and a United Nations Arbitration.

In other words, Pakistan would have no means of redressing water disputes under the Indus Water Treaty. This would only mean one thing and that is the most dreadful thing of all – war.  So, whether it plans on revoking the treaty or abusing it, the question is whether India is going to risk the inevitable nuclear war because it wanted to teach Pakistan a lesson?

All things considered, it would be a bad gamble.

First of all, India cannot immediately divert all water away from Pakistan and would require sizeable investment in terms of dams and projects that might take decades to complete. Supposing it does do it, what would it achieve eventually?

From the Pakistani perspective, the matter is one of life and death. If Jehlum, Chenab and Indus are threatened, the entire civilisation of this region, which dates back millennia, will face extinction. Does India really want a mob of 200 million people (or even 300 million depending on when India actually gets around to realising its evil designs) with nothing to lose on its borders? If India’s concern is terrorism, any such rash action is only likely to exacerbate the problem. At this moment, the common man in Pakistan does not want to wage war with India.

All that will change, if India is seen to be attempting to stifle the collective future of the Pakistani people. Voices of reason on this side of the border will be drowned out and those which advocate the fatalistic Ghazwa e Hind scenario will resonate.

Obviously Pakistan will hurt grievously as a result and may even cease to exist in its present form, but the damage done to India’s ambitions of becoming a world power rivalling China would be total, enough to ensure that it remains mired in poverty for another millennium. The much touted growth story will become a fable, a children’s fairy tale.

I stipulate that Indian policy makers are too smart to undertake such foreign policy adventurism and to put on stake all they hold so dear. Ultimately they will realise, as we should as well, that we do not get to choose our neighbours. For better or for worse Pakistanis and Indians are destined to be neighbours for as long as the idea of nation states remains the only viable means of organising humanity.

As for the Indus Water Treaty, it will outlive chauvinists on both sides.