What Mr Modi can do to make life better for Indians 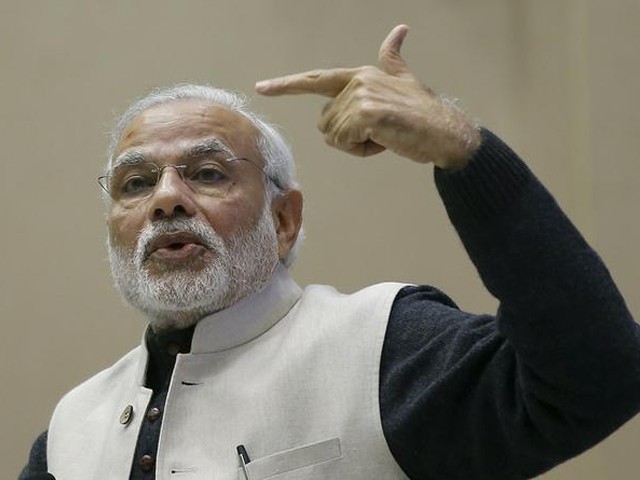 Modi should stop thinking of his country as a superpower, like the US. PHOTO: REUTERS

After the recent attack on the Uri military base, Mr Modi said that Pakistan and India should focus on the development of their own people. So I thought about what India could do to improve the lot of its citizens.

Even after almost 70 years as an independent country, India is still an undeveloped nation. Estimates vary, but it can safely be assumed that at least 40% of Indians go to bed hungry every night.  That’s about half a billion people who need a dollar a day to survive, which translates into roughly $180 billion per year. This is something that should seriously worry the Indian government.

So why does India have to spend over $50 billion on its defence, considering that it is a nuclear power and no country would dare invade it? And why should it give a billion dollars every year to Afghanistan, unless it is to destabilise Pakistan?

Of course, we always knew this and it has been proved by Afghanistan virtually declaring itself a colony of India by refusing to attend the forthcoming SAARC summit. If India’s aim is to help the poor and hungry, why not do it in India itself? As they say, “charity begins at home.”

But what should worry the Indian prime minister the most is the lack of toilet training amongst most Indians – 720 million of whom don’t or can’t use toilets. According to foreigners, a stinking smell assails their nostrils whenever they step out of airplanes into any Indian city, particularly Mumbai. They call it “Bombay perfume.” It seems that most Indians don’t have toilets in their homes. In fact when the government gave them free commodes, they refused to use them, preferring to relieve themselves in the wide open spaces where they could empty their bowels and at the same time think deeply on what can be done to improve their lifestyles.

In fact, Mr Modi would be interested to know that an entire apartment complex was built without any toilets recently. All passengers would certainly be shocked if any Indian suddenly squatted in the aisle of an airplane and did what should be done in the bathroom!

So what should Mr Modi do to make life easier for Indians?

First of all, he should stop thinking of his country as a superpower, like the US. Secondly, he should reduce defence spending considerably – most of it goes into buying junk equipment and increasing the wealth of corrupt Indians anyway. He should go all out to provide food for those Indians who do not earn enough to feed themselves.

And finally, he should make sure that every Indian house has a toilet. In fact, that should be his top priority, as it will make people of other countries feel better when visiting India or interacting with Indians.