Bleeding tears for Pakistan: Where have we failed? 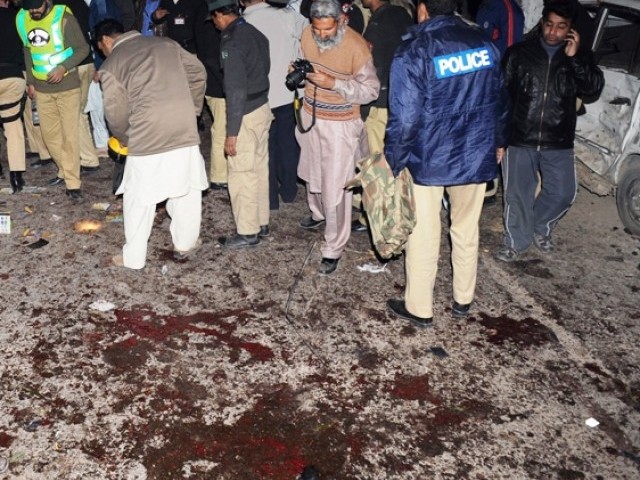 Nothing is more refreshing than an evening jog in the park. The wind in your hair, the moist clods of earth under your feet; the almost tangy smell of damp, green grass and the mellow chatter of birds as they begin their daily rounds of “good-night!” to each other.

But today is different.

Rather than a gentle caress, the wind seems to lash out at me. The grass smells bitter and the normally rhythmic twitter of the birds is like an ominous chant, resounding in my ears, getting louder by the minute until I can take it no more. I surrender and silently slump on the first bench available. Why, even the River Thames, my one constant friend, seems annoyed. The waves ebb and flow in an almost deranged manner.

The first tears spill, and my mind is cleared instantly. Sitting on a lone bench, I mourn the loss of sanity in a place miles away geographically, but still within the reach of my hand. I am still as much a part of it, as it is of me.

If I close my eyes just now I can hear the faint tinkling of a kulfi wala as he trudges along hot dusty streets in the quiet of a July afternoon . I can smell the delicious smell of pollution which engulfs your senses as soon as you enter Saddar. I can taste the papery, sandy-card board-like, divine papads that you can only get at Sea View (well, you do get papads elsewhere but somehow they just don’t taste as good). I can feel the rhythmic din of the National Stadium in the middle of a cricket match and the thunderous applause and elation at an Afridi sixer.

I can feel my blood curdling at the sight of torn limbs, the gruesome images of innocent men and women being rushed off to hospitals after frightening bomb blasts. The heart breaking videos of angelic children fighting over pieces of bread.The shameless floggings, the target killings, the ugly politicians, the maimed, mutilated, crippled awaam.

Thirteen innocent people were martyred today by a 13-year-old boy when he detonated explosives as policemen tried to check him near a check-point, close to where the s procession of Shi’ite Muslims was being held. My eldest nephew is the same age; 13-year-old are supposed to be smelly creatures with voracious appetites who love loud music, play football and idolise Ronaldo. They do not detonate bombs.

What led this young boy on a path of devastation and utter destruction? Where did we fail as a nation, to have so easily let this boy fall into the clutches of demons? How many more such children are being led astray while we, the elite, sit comfortably in our air-conditioned homes and occasionally discuss these issues at tea parties?

A young news reporter was gunned down a week ago. A man in the prime of his life was forced to sink into oblivion. How many of us remember his face or even his name? Wali Khan Babar will be lost in statistics as the countless have been before him, with the thousands yet to follow. Here, I will not say a “God forbid”, because God has forbidden this cruelty, this massacre but if we ourselves are barbarians, there is nothing that can stop us.

Twenty-five people have been killed in Karachi over a span of 24 hours. These are not just nameless, faceless statistics; they were Pathans, Muhajirs, Punjabis much later. They were sons, fathers and husbands first. Their children will grow up not knowing the feel of their father’s touch or the sound of his voice. All they probably left behind are a thousand reverberating memories and a treasure trove of un-kept promises.

Night has fallen. As I get up to leave, these haunting lines by John Donne echo in my mind:

No man is an island

Each is a piece of the continent

A part of the main…

Each man’s death diminishes me

For I am involved in mankind

And therefore never send to know

For whom the bell tolls

It tolls for thee.

A full-time mom based in London. She has experience teaching O'level English language and tweets @SemreSuneel

Ashamed of the truth on a London bus