Is Brahamdagh Bugti right in applying for asylum in India? 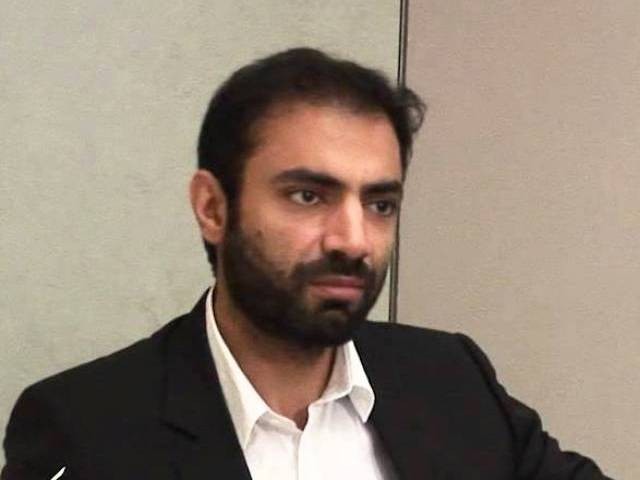 It’s popularly said that times change and so do people, but sometimes after years of changes, a lot does not change at all. In classical warfare, the shrewd commander would keep a force at the front as a façade and keep a surprise for his enemy. The surprise could be an ambush from the side, moats prepared to drown the infantry, a fire hazard to cut one part of the infantry from the other and create a kill zone and so on.

Modern warfare introduced more brazen tactics such Hitler’s blitzkrieg, which caused massive damage to the Allied forces. It also gave us the ‘shock and awe’ campaigns, which the Americans so amply demonstrated with their Daisy Cutters in Afghanistan and midnight bombing runs in Iraq.

As time passed, governments started to realise that a military victory can be more costly than actually imagined. The land, which was won through the ‘shock and awe’, now needs to be policed from the looters and the masses need to be provided with basic amenities. If these issues are not met, the victorious army may end up fighting the hungry masses. Barack Obama changed all that when he decided to pull US forces from the conquered lands.

Even when they had installed their puppet government in Afghanistan and the Coalition Provisional Authority (CPA) in Iraq, the US was dishing out heaps of dollars to control the ever-incontrollable territories. Once the forces were pulled out, the Taliban resurged and Daesh took root in Iraq. To be ‘fair and balanced’, these resurgences were imminent and in motion before Obama took office. To counter this Obama decided to revisit a classical warfare policy – black ops and proxies.

In the world of open information and high tech surveillance, the real enemy is not lack of information but rather access to secret information. Therefore, no matter how much governments try to hide it, their underhanded and covert actions do end up seeing the light of day. Since an analytical look around the world can easily identify proxies fighting in conflict zones and their masters, governments have become shrewd in supporting indigenous groups more so as to avoid suspicion.

Balochistan is a great example of this. No sooner than Pakistan and China signed the China-Pakistan Economic Corridor (CPEC) agreement, the hawks started to up the ante. In order to be factual, it would be incorrect to say that Balochistan does not have an insurgency problem. The Balochistan insurgencies have been a problem since 1971 onwards when the separation of East Pakistan sparked hopes in the hearts of some Baloch nationalists. The 70s saw the quelling of the first separatist movements in Balochistan carried out by none other than General Tikka Khan during the Zulfiqar Ali Bhutto government.

Balochistan came back on the international radar after 9/11, once military supplies started to move from Karachi to Afghanistan through Balochistan. It is rumored that well before 9/11, the province was a conduit for illegal arms and narcotics which were moved to and from the shoreline towards Afghanistan, Iran and beyond. The promulgation of CPEC caused numerous world actors to move the assets towards Balochistan, largely to create dissent and discord to hamper projects.

I recently saw a newspaper article where the separatist Balochistan Republican Party (BRP) leader Brahamdagh Bugti announced that he would apply for a political asylum in India. For some reason the news made me laugh hysterically. Sometimes I cannot tell whether Narendra Modi is trying to reach out more than he can or if Brahamdagh Bugti is stupid enough to believe his banter.

Modi’s government like some other world ‘governments’, has no real interests in the freedom of Balochistan. All he wanted to do was to give the Baloch the public impression that he is with them. It is highly likely that his visits to Afghanistan have given him the opportunity to speak to members from Baloch separatist movements. However, I cannot assert that without any proof.

The porous border shared between Iran’s Sistan province, Afghanistan’s Helmand, Zabul, and Kandahar provinces and Pakistan’s Balochistan have been a hotbed of terrorist activity. Arms, ammunition, smuggled goods and narcotics pass through freely, making it a very strategically beneficial locale for those seeking to recruit mercenaries for personal gain. That said it almost becomes unnecessary to name any names since we all know who is going to benefit from the chaos in Balochistan.

I am one for human rights, dignity and self-respect. However using these as slogans to defame Pakistan’s security forces is a game as old as time itself. I do urge ‘certain media houses’ who uphold these slogans to stop being hypocritical. How can they show the atrocities in Kashmir on their news and fill their entertainment channels with 24 hours of Indian programming?

Balochistan is a province, which has been systematically ignored and relegated to the 20th century, time and again by our politicians. As long as having a larger population passes of for receiving more funds from the State, which is how our National Finance Commission (NFC) awards are doled out, Balochistan and its people will continue to suffer.

For people like Brahamdagh to stop rising and asking for help from our regional and international rivals, we need to address Balochistan’s issues rather than point our fingers outward. Balochistan deserves a fair share from the Sate and from its natural resources, which it graciously gives to other provinces such as gas and minerals.

Modi can learn a thing or two from Iran’s President Hassan Rouhani.

Even after courting Ashraf Ghani’s rhetoric against Pakistan during his visit to India earlier this month, Rouhani proposed that Iran and Pakistan should work together and that Chabahar and Gwadar were complimentary. Everyone who understands any politics the world over knows that the time for the East to rise is nigh. Trying to delay or hamper this ominous politico-economic transition is a really stupid thing to do.