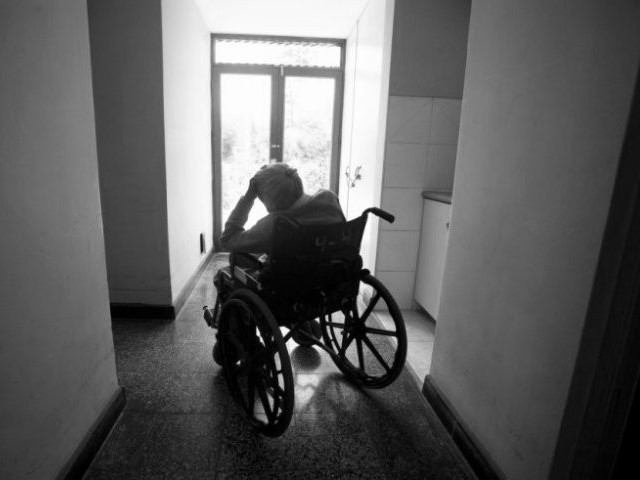 That fact that the protagonist of today’s narrative happens to be dad doesn’t really surprise me. You see, he’s been quite unwell recently.

He’s elderly – almost eighty, I believe, if you go by the date of birth on his passport.

“My date of birth is inaccurate on that passport”, dad told me several years ago, which basically meant that he didn’t know his exact birth year. Neither did others around him.

“In those times, the exact date of birth was imprecisely documented”, the others said.

Regardless of his actual age, and semantics aside, dad is whom you would call ‘geriatric’ – very elderly, in simple English.

“But he’s been unwell before, so what’s different now”, you ask.

Well, dad is losing his grip on reality faster than I had anticipated.

Several years of slowly progressive dementia most likely has created an individual unable to recall day-to-day routine. Long-term memory seems to be intact as I’ve gauged that periodically. But it’s short term memory that is questionable. For instance, he will forget that he’s been for his walk twice already. So, when he wishes to go for his third walk of the day (or night, as the case may be), and mom has to keep him indoors firmly, he gets upset.

He also forgets that he’s been to the doctor and his blood tests have been recently run.

“Asad,” he says, when he can recall my name.

“When will you get my blood tests done? It’s been a long time. Have you checked my sugar?”

I take a deep breath and count to 10 before explaining for the umpteenth time that he’s already been to the doctor recently, and that he’s been given a relatively clean bill of health.

Although dad’s not diabetic, I do tell him to stay away from excessive sugar intake, since with his deteriorating memory I’ve noticed an increase in his appetite for sugary things. Perhaps people with dementia have a statistically significant proclivity to sugar? Anyhow, telling dad to go easy on the sugar hasn’t really borne fruit in over a decade. But I still keep at it.

Given the care giver’s frustration with memory issues of the loved one, patience can be quite challenging. After dealing with dad over the past three years since returning to Karachi after a 15 year jaunt in Houston, I believe I’ve achieved a remarkable degree of patience and tolerance. Although, truth be told, it’s easy for me to say so since I can switch off once I leave my parental home, as I don’t live there. I can’t say the same where mom is concerned. She gets upset and vocalises that stance readily, especially when dad has asked her three times in the span of five minutes for something today that was already done yesterday. In her defence, she’s the ‘primary’ care giver. She has been for all her married life. And as a house wife that’s all she’s done. So if she gets short-tempered with him and his repetitions now, then, I think, it’s okay to cut her some slack.

Dad’s hypertensive and is currently on two medications for controlling his blood pressure. Mom ensures he gets his medications on time. He doesn’t remember the names of his meds, nor does he care about those names, their dosages, side effects, and so on. I think he understands the utility of pharmacotherapy in maintaining his health, but quite generically. Every time I visit dad I think he manages to recall the association between his son and the medical profession. He then likely recalls the device the doctor uses to check something relevant to his health.

“Doctor, shall I get the device to check.. ummm.. because you haven’t checked my.. ummm.. in a long time”, he asks me.

He can’t say what it’s called because he’s forgotten the said device’s name.

The ‘ummm’ that he’s alluding to is blood pressure.

We then go through an elaborate ritual of getting him to lie down still while I get the ‘ummm’ device hooked up around his arm to get a reading.

Despite memory lapses in almost all spheres of his daily life, dad hasn’t forgotten one particular medication. The sleeping pill. He has been self-administering that wretched lexotanil for as long as I can remember.

Dad calls it the ‘small red tablet’. You are probably familiar with the famous valium, also a sedative, but a longer acting benzodiazepine versus the short acting ‘benzo’ lexotanil. Dad gets agitated when we hide the potentially dangerous benzos; he fumes and frets and threatens mom with all sorts of dire consequences if they (the benzos) are not handed over. If he’s given custody of the benzos, he tends to overdo them. Note, I don’t say overdose.

Although, given his age and frailty, there’s not much of a difference between overdoing and overdosing.

Last week it happened while mom was out shopping. Dad decided to go for his walk – the second for that day as he obviously had no recollection of the first one. Since he wasn’t being closely supervised, he ended up buying a stash of benzos from the pharmacy right behind his house. What happens to be a heavily controlled substance elsewhere in the world for logical and rational reasons is readily available, over the counter, in pharmacies across Pakistan. And a strip of ten ‘small red tablets’ is cheaper than a Magnum ice cream bar.

To cut a long story short, unbeknownst to mom, dad took four times the recommended dose of the benzos; fallaciously thinking that more pills equals better, longer sleep. And he did fall asleep the following morning, but rather sadly, in the bathtub, where he was found. Subsequently mom managed to lug him out of the bathtub and on to the bed. Dad then continued to sleep over the next several hours.

“What were you doing in the bathtub? Did you fall asleep?”

I asked dad when he came out of his slumber a bit.

He had completely forgotten what had happened.

We speculated that he had gone to the bathroom to pee, but the effect of the sleeping medication was too much for him to overcome.

Dad remained quite lethargic and hardly moved the rest of the day, in spite of several attempts to wake him up and feed him. Luckily he hadn’t fallen in the bathroom, or at least we didn’t think he had. I didn’t find any cut, bruise or swelling on his scalp to suggest a head injury. Throughout the day and during his prolonged sleep he did soil himself frequently. After changing his clothes a few times, we decided to put him in a medium sized adult diaper. The last time I had changed diapers was for my second child when she was still a baby, almost eight years ago. A sleeping adult, completely uncooperative with diaper placement represents a much more difficult scenario – trust me on that. Putting a diaper on my elderly parent was something I had never thought I would be doing and, although it was an awkward moment, there was much learning in it too.

The following morning, dad was more awake and had reverted to inquiring about the small red tablets, blood tests, sugar, ummm, and so on.

Fortunately, he did not require any further diaper therapy.

Life for him, and for us, was back to normal.

Epilogue: The cursor on the computer screen blinks away oblivious to my struggle to collect more words that I can string together ‘on paper’ for dad. But Ed Sheeran’s poignant Give Me Love playing in the background helps generate some coherence so I can reach closure for this narrative.

Today I realised something important: I wanted to write about dad while he’s still around.

“But is he really still all there?” asks a voice within.

I don’t know the answer to that. And, it probably doesn’t matter. The ground reality is that I needed to write about dad, while he’s still around.

And the rest, as they say, is history.