The exoticness of Fawad Khan: Why one man is giving Indian women (and men) sleepless nights 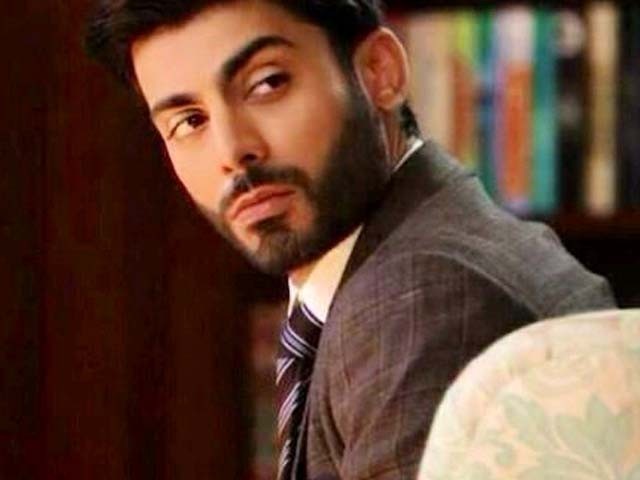 To ask a Pakistani actor to go back to his country when there has allegedly been a terrorist attack on Indian soil by Pakistanis, is both stupid and understandable. The citizens ask for quick retaliation and, as always, people in the world of arts, culture and film are the softest targets.

The Maharashtra Navnirman Sena (MNS), sensing the public pulse, cashed in on the anger and gave Pakistani actors and artists a 48-hour ultimatum to leave India. And mind you, a lot of Indians are irate with the presence of the Pakistani artists in India. That does not make them right or wrong, but that is true.

The question is why.

On the other hand, Pakistani actor Fawad Khan has a huge fan following among women. Unlike Indian men, Indian women are not that gung-ho about sending the Kapoor & Sons star back home. Are Indian women less patriotic? Nobody knows, nobody is inside their head. The MNS has threatened Karan Johar that the party will halt the release of Ae Dil Hai Mushkil which stars Fawad Khan. If one goes through the comments section of news posts regarding Pakistani actors versus MNS fracas, you will find that it is mostly men who are clamouring for the actor to move out.

Actually, Indian men hate Fawad Khan for the same reason they hate Shoaib Malik. How dare this Pakistani man enter the hearts (and homes) of our Indian girls? Well, he did. There is no going back from that.

Fawad was destined to become a star in the subcontinent. He did not enter India with ‘I’m Karan Johar’s boy’ plastered on his forehead. He came to India with the hit Pakistani TV show Zindagi Gulzar Hai (ZGH) on Zindagi channel. Suddenly, Indian housewives, tired with the saas-bahu-kavach-daayan nonsense, were watching a sombre, polite TV serial about what appeared to be ‘real people’. And in the middle of it was a very handsome, accessible man who behaved like a normal human being, unlike the ordinary-looking, ordinary male actors one would find in Indian TV shows.

Zindagi Gulzar Hai ran for only 25 episodes. By that time, Indian women had found their drug. But their Fawad-fix was not satiated. So Zindagi offered Fawad in measured doses. After ZGH ended, the channel ran the promo of Fawad’s telefilm Behadd on loop, teasing the audience and gauging their response.

Then, as Khoobsurat (Fawad’s Bollywood debut) was about to release, the channel started airing the promos of Fawad’s highly popular show Humsafar.

So, in a way, Fawad Khan has been in the Indian woman’s heart for a long, long time. Indian women have a lot more at stake, emotionally and sentimentally, in Fawad Khan. Indian men look at this sudden anomaly as a threat. And indeed, his uniqueness and exoticness was furthered propelled by the kind of roles he did in Bollywood.

In Khoobsurat, Fawad played a Rajasthani prince, a distant, inaccessible, hard-to-reach and hard-to-get man. In that film, neither did he dance nor did he stalk the heroine. He did not get naked and bare his entire torso. He was dignified, stoic, spartan, the ultimate ‘Complete Man’ Raymond suiting and shirting could get. And, well, Indian girls had found their new crush, so very different from the chhichhoda (cheap) heroes they had been subjected to for years, and Indian moms found their template for the perfect son-in-law.

Fawad’s next film Kapoor & Sons had him play a gay man. Again, he got the ‘mature guy’ role as opposed to his co-star Sidharth Malhotra who had to shake a leg to Badshah’s song. Most importantly, his gay character was not an effeminate stereotype. He appeared ‘human’.

This ‘humanness’ has been the key to Fawad’s popularity. He is both accessible and inaccessible (he is from across the border, guys). The Indian man cannot understand this. So, either he tries to ignore him. Or hate him. And what better opportunity than a Pak attack for these men to publicly outrage against Fawad?

Or, perhaps, there is more to it. It is indeed a fact that Fawad has still not publicly condemned the Uri attacks. This is truly unlike him, as he did express grievance during the November 2015 Paris attacks on Twitter. So did the Pakistani singer-actor Ali Zafar and VJ-turned-actor Mahira Khan who will soon be seen in Shah Rukh Khan’s Raees. Mahira went on to criticise the Orlando club shooting as well.

But, somehow, when there has been a terrorist attack in India, the country that has given them stardom, fame, and money beyond what Pakistan could possibly give, they are strangely silent. And this has not gone down well with ‘patriotic Indians’, both the polite kind and the kind to vilify any secular commentator on social media as a ‘Porkistani’ who needs to be deported.

In all likelihood, neither Fawad nor Mahira or Ali Zafar will be sent back to Pakistan. Money is more important than religion or nationality in India, and when crores are at stake, power players will ensure that nothing as absurd as Fawad’s expulsion happens. Be that as it may, the question remains: After all this, will Indian men ever warm up to Fawad Khan? Will Indian men ever cosy up to him as they have to, say a Ranveer or a Varun?

The author writes about films for a living and hopes to write films someday. He tweets as @devarsighosh (twitter.com/devarsighosh)