Wake up America, Islam is not the enemy 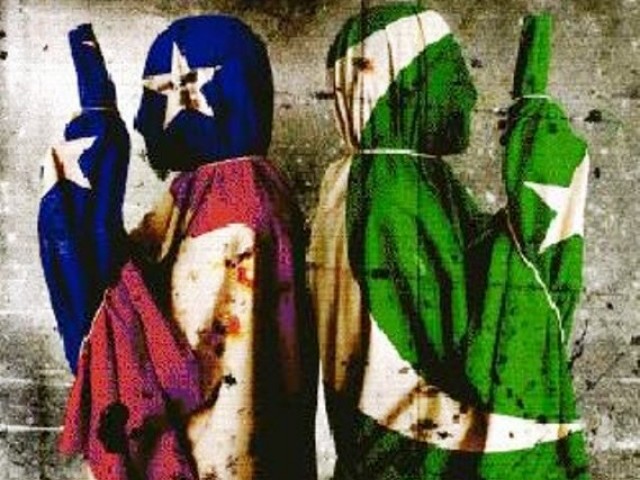 Do our actions towards Pakistan mirror our beliefs?

“Pakistan is going down.”

This was the headline that appeared on the screen on a CNN broadcast as I prepared to board the 16 hour New York – Lahore trek, returning to a country I’ve grown to love deeply but that the newscaster was condemning as the most dangerous country on the earth.

Squirming tirelessly on the flight, I thought about all that’s happened over the past few months I’ve been in Pakistan – and particularly the flooding gap between the liberals and radicals, which the international media has so loudly proclaimed – and felt an overwhelming sense of restlessness. How could the international community so quickly label Pakistan as the most dangerous country on the earth, and not accept any responsibility for the situation?

We are as responsible as extremists

I realise that it’s easy to sit back and merely observe these flooding waters of conflict, but I believe this is a sofa seat American citizens can no longer afford to keep warm.

After all, if “the only thing necessary for the triumph of evil is for good men do nothing” then perhaps we are just as responsible as the extremists.

As I read this quote last week I thought about the sacrifices and risks made by the late Governor of Punjab, Salmaan Taseer, and I wondered: what am I doing to unapologetically obviate evil from triumphing? What am I doing to defend hope from 27 more bullets of ignorance? What am I doing to live out Taseer’s dream of a militant-free Pakistan?

So here’s my first step at staying silent no longer: despite how individualistic and isolated Pakistan’s problems may seem, we Americans – and yes, I’m reluctantly including myself in that bucket – need to realise how profoundly, intimately, and tragically we are tied to these issues.

This is a strong statement, but one that is unfortunately backed by strong evidence. One thing that has become depressingly clear over the past week is that this polarisation in Pakistan has been created by the local conservatives’ fears that Islam is under attack. And what makes this so personally painful is the possibility that the US is perhaps the primary perpetrator.

A war against Islam?

Imran Khan, a Taseer-like super hero in Pakistan, supported this realisation on CNN by saying:

“when people feel this is not a war against the militant terrorists, but actually a war against Islam itself – which is the general perception amongst the masses – then there are a lot of people that are willing to defend the religion.”

He goes on to make an extremely important, yet most often underrated, point:

As Khan points out, fighting terrorism is to win the hearts and minds of people, and by allowing the people in Pakistan to believe that this is a war on Islam, we are losing both.

US Vice President Biden – who visited Pakistan recently – gave a speech in Islamabad claiming that America is not attacking Islam, but that we embrace those that practice this great religion.

These are important words and a critical message coming from our country, however, the people of Pakistan need them to be more than just words. They need us to carefully and critically analyse if our actions mirror this belief, or if these words have merely just become a sound bite, a Twitter post, a Facebook status.

Does the way we personally approach issues such as the mosque at Ground Zero or the Quran burning in Florida indicate that we embrace those that practice Islam? What about how we look at someone in the airport or interact with people at work or at the store? What about the stories we tell to our family, the jokes we tell to our friends, or even the ideas we allow ourselves to think? And perhaps most importantly, what do we say to the millions who don’t believe in this idea, who naively still think Islam is the enemy?

This realisation begins at a personal level, and it starts with me and it starts with you. Yes, it’s easy to point at the seemingly never ending list of issues that Pakistan needs to sort out internally, but we have to play our part first.

Instead of giving life to the very idea of religious intolerance that Taseer gave his life fighting, let’s work together to overcome evil by interrupting oppression wherever it’s found and by staying silent no longer.

The author is the CEO/Cofounder of Amal Academy, a Lahore-based education venture started out of Stanford University. He blogs at medium.com/@benjewilliams and tweets as @benjewilliams (twitter.com/benjewilliams)

Five lessons that cycling in Pakistan is teaching me about life