Narnia loses its magic with Voyage of the Dawn Treader 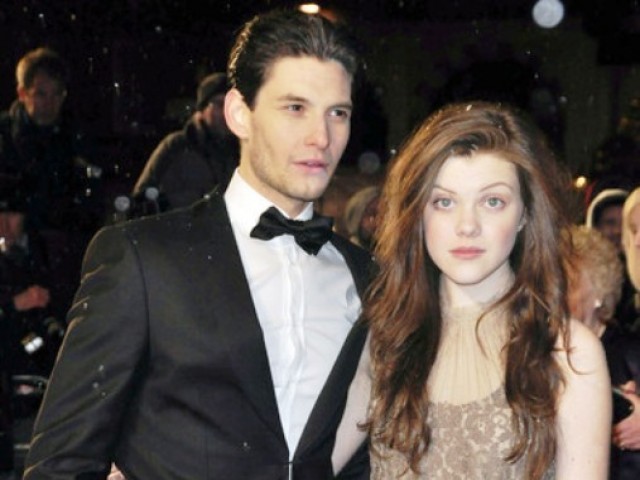 Caspian's moustache in the movie made him look like a leprechaun.

It all started from a forgotten old closet in the largest mansion the Pevensies had ever seen. Today, five years later, Lucy and Edmund are still adventuring in Narnia in the third film installment The Chronicles of Narnia: The Voyage of the Dawn Treader.

This time, Peter and Susan do not accompany them. Do we miss William Moseley, who plays the boyishly cute Peter? Yes, we certainly do, but certainly don’t miss Anna Popplewell , who plays the conscientious, nagging and whiny Susan.

Although it’s sad to see the Pevensies part ways I, for one, am glad that Susan has grown up and is no longer part of the story. On the plus side, we get to see eye- candy Ben Barnes again as Caspian.

The story is pretty much like any voyage might be. Caspian decides to go in search of the seven lost lords of Narnia on the royal ship Dawn Treader, captained by his best friend, the creepy Lord Drinian who doesn’t have much of a role except when he’s being the voyage’s spoilsport and trying to make them all turn back.

On this adventure, apart from Lucy, Edmund, their annoying cousin Eustace accidentally gets transported to Narnia through a painting. As if that wasn’t enough, he also gets transformed into a cowardly dragon halfway through the movie. He manages to redeem himself towards the end, however, when he saves the tardy crew from a sea serpent.

The question is this: will this sequel do justice to the written word?

Is the magic missing from Narnia this time?

The old spark of excitement, when the Pevensies enter Narnia; the lost wonder and magic of days gone by; the hidden world full of strange creatures, bright blue streams, and towering mountains; all of it is miserably missing from The Voyage of the Dawn Treader. Narnia as a world is gone, and in its place we have an adventure movie for children, borrowing heavily from its prequels yet not adding to the glory of the franchise.

Moreover, there are a couple of flubs that have to be mentioned. For instance, why is does Caspian (Ben Barnes) have a beard? I have nothing against him (on the contrary, I think he’s cute) but that beard makes him look like a lost leprechaun.

Then there’s the sole minotaur; I have nothing against them in particular, but I don’t understand why they included just one minotaur and one faun. Did anyone else think that The Dawn Treader was some kind of ark of Moses for the Narnians? It’s as though the director decided to have one creature of every breed from Narnia on the boat just to hang on to that string which connects The Voyage of the Dawn Treader to the world of Narnia.

Then there’s the question of the lazy crew, which comes on board every time sword play is taking place between the protagonists. The Narnians should thank Aslan they did not run into The Flying Dutchman. It was a singularly incapable crew who would have been serving a life sentence on board The Flying Dutchman if they were ever to meet.

Lastly, there was Reepicheep; a strange, swashbuckling, sword-fighting mouse who developed an equally strange relationship with Cousin-turned-dragon Eustace. It was simply disturbing, but maybe I’m just getting tired of talking computer generated imagery characters.

These magical parts are the ones with Lucy; not only am I a fan of Georgie Henley (the adorable actress who plays Lucy) but also just like Aslan says in the movie, it was Lucy who discovered Narnia in the first place. She hid in that closet and was the one who was the first to enter Narnia.

The island of the Dufflepuds reminded me a little of Wonderland. The door opening into the magician Coriakin’s invisible mansion; the colour of dusk and sunset melded together with the grassy greens were all enchanting sequences. The Book of Incantations and Lucy’s spell for snow revived some of the magic that I had been craving for. The scene where Lucy, back in the ship with her stolen spell, sees herself as Susan and is transported to America through a mirror, is surreal; the tea party, the glamour of the 40’s, and the flashes of an old-fashioned camera. Plus we get to see Peter again!

What I missed the most

What was missing from Narnia were the lamppost and Mr Tumnus, the sadness which lies across the land (in my point of view it signifies Aslan’s burden); and Aslan himself (with the voice of Liam Neeson), who always comes to the rescue.

The Pevensies too, were missed because it’s sad to see them part, just like it was always exciting to see them head back to their adventures in Narnia together.

But was it Narnia?

A copywriter at an advertising firm in Lahore. She is a graduate in Economics and is interested in sci-fi, fantasy and history

Oscars dominated by politics and cliches