Yusuf Pathan: A man to fear 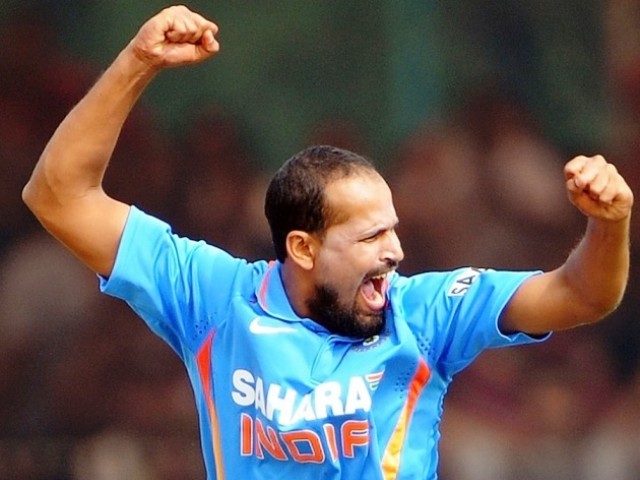 Pathan is a limited player and is often troubled by the short ball.

A brutal innings by Yusuf Pathan didn’t manage to score a win against South Africa in yesterday’s match, but it did signal intent from a side aspiring to make it big once again in limited overs cricket.

Obviously, Pathan is a man to be reckoned with in his current form.

Anything in his hitting zone clears the boundary, and South Africa learned that the hard way during the third ODI where his blitz won the match for India, who were again on the back foot in the final ODI when at 119 for 8, Pathan decided to make a match of it. There were eight hits over the boundary as he reached three figures off just 68 balls, an innings reminiscent of South Africa’s run-in with another cleanest hitter in the game.

Abdul Razzaq took the feared South African pace attack apart not so long ago in the deserts of Abu Dhabi. That was a knock that left the South Africans reeling, as 65 runs came off the last five overs of that game to give Pakistan an unlikely win.

The difference between the two innings was that while Razzaq stayed till the end and finished off the match, Pathan got out and India ended up losing. But it must have been déjà vu for the players in green when Pathan was going great guns and hitting anything in his arc to the boundary and at times over it. This was Pathan’s second international hundred, as his first came under similar circumstances a few months ago against New Zealand, a knock that won the game for India.

Pathan is a limited player and is often troubled by the short ball or the seaming ball. But when the pitch is to his liking and the delivery is fuller, he hurts the opposition and hence will be an important player for India during the World Cup where the pitches will be flat. Those who have been following the IPL must know that he was a very important player for the Rajasthan Royals for the past three seasons and was highly regarded by his captain, Shane Warne. In his current form, he will be a player to watch out for during the World Cup 2011 and will give nightmares to the opposing captains.