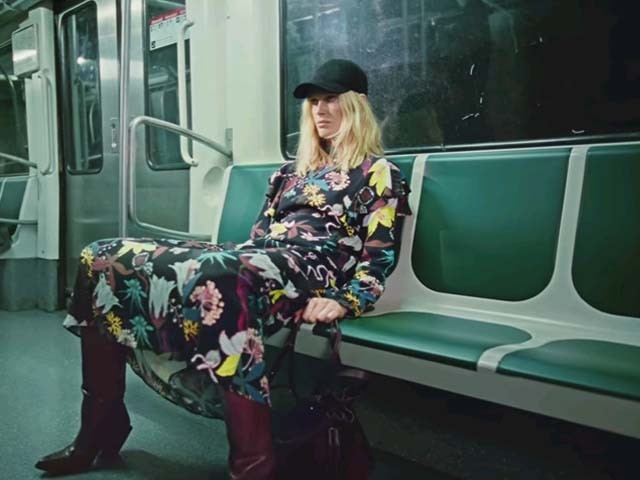 In our part of the world, our society comes equipped with a ‘sorting hat’ of sorts. When a girl is born, the hat is placed on her head and she is given an instant identity of a daughter, niece or a sister. As she grows older the identity keeps evolving; she becomes a wife, a mother, a grandmother and then she dies.

Of course men are also handed the same titles too, a son, a brother, a husband etc. However in more cases than not, it is not what gives them their identity. An alcoholic husband who beats his wife will still be admired and looked up to for being the Vice President of a big company. Most commonly, his success is what he is associated with.

The woman on the other hand, will still continue to be known by her biological relation to others. To put it in even simpler terms, Sadaf Aziz may own a large multinational company, but her identity will remain “Aziz mia ki begum.”

Even if she wins a gold medal at the Olympics, chances are that people might still know through her husband. Ring any bells?

With this in mind, women start to conform to what is expected of them from the ‘society.’ They lose their individuality and start behaving and acting the way they are expected to by others.

Sit a certain way, be feminine, don’t talk loudly, hair should be tied, don’t laugh loudly, women don’t play rough sports, you should not have short hair, you should wax, mothers should not work, you can’t go there, wear makeup, don’t wear makeup, and so on and so forth.

A Pakistani advertisement recently tried to tackle that and created an ad starring regular students encouraging others to “do your own thing.” They took to the streets of Anarkali wearing fashionable clothes while strangers watched. It was about owning your space and the discomfort was quite apparent. It did not go down too well with many and the girls ended up getting so many threats, they had to eventually take down the ad completely.

And now H&M has come up with a new ad to subtly fight the stereotypes on what a lady should be.

An ad to subtly fight the stereotypes on what a lady should be.
Photo: Screenshot

She’s a lady plays in the background featuring a curvy woman comfortable in her own skin, a woman dressed in ‘manly clothes’ and a woman laughing with completely out-of-control hair dining with her friends. They are dark skinned, light skinned and of all shapes and sizes too.

It features a woman with more toned muscles than most of our heroes, a woman who sits and eats fries in bed and one with no hair on her head. Literally.

A woman with more toned muscles than most of our heroes.
Photo: Screenshot

An especially striking one illustrates a woman who confidently walks into a boardroom, with a file in hand, full of people waiting for her to start a meeting.

A woman confidently walks into a boardroom, with a file in hand, full of people waiting for her to start a meeting.
Photo: Sreenshot

The ad even stars a transgender. People, who, we are finally starting to realise, do really exist in our part of the world.

Womanhood encompasses a lot more than one believes.

While we, in Pakistan, may not be able to relate to the ad 100%, we can still take something away from it, in the least that we are all individuals and we can be ourselves while still keeping the role that the sorting hat put us into.

A great mother can also confidently lead a huge company. A loving wife can prefer to not be dressed in dainty clothes all the time. A grandmother can sing and dance to karaoke. A single girl might become a cartoonist or heck, even a boxer.